MP's were told he had given ‘inadvertently inaccurate answers’. 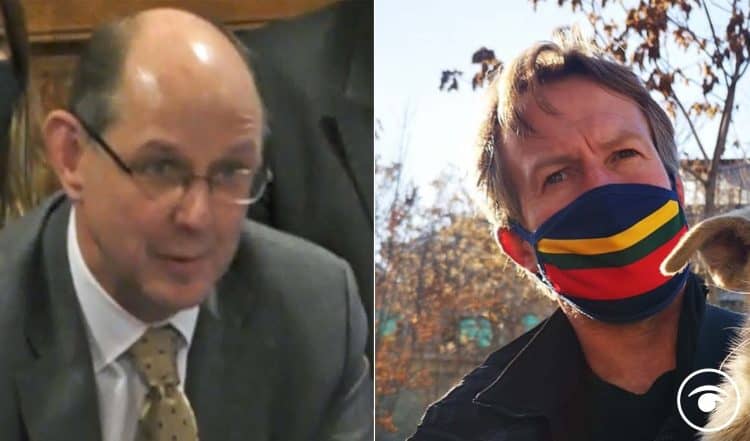 The Foreign Office’s top mandarin has apologised for misleading MPs in the row over the evacuation of animals from Afghanistan.

Sir Philip Barton, the Foreign Office’s permanent under-secretary, had told the Foreign Affairs Committee that Nigel Casey, the Prime Minister’s special representative for Afghanistan, had not received any correspondence referring to any intervention by Boris Johnson in the evacuation from the country of animals from the Nowzad charity.

But in emails revealed by Newsnight, Mr Casey was seen to have asked an official “to seek clear guidance for us from No 10 asap on what they would like us to do” in the case.

He said he had given “inadvertently inaccurate answers”.

But he said that “on the day the email was sent, Nigel was almost entirely focused, in his role as Gold in our crisis response, on the terrorist threat to the evacuation”.

Sir Philip previously came under fire for remaining on holiday after Kabul fell in August.

The admission is the latest controversy in the saga surrounding the evacuation of animals looked after by the Nowzad charity – set up by former marine Pen Farthing – from Kabul last year.

Mr Johnson has said any allegations he personally intervened to get the animals out of the country were “total rhubarb”.

But the Prime Minister has been accused of lying after leaked correspondence suggested the involvement of No 10.

Downing Street has repeatedly denied intervening in any individual cases in the final days of the mission as thousands of people who sought to flee the Taliban were left behind.

But an email shared with a Commons inquiry shows a Foreign Office official saying in August that the Prime Minister had just “authorised” the animals’ rescue.

And the BBC reported another email from the same day saying then-foreign secretary Dominic Raab was “seeking a steer from No 10 on whether” to call Nowzad staff forward.

“The FS is seeking a steer from No 10 on whether to call them forward now,” it read.

Another email from Mr Casey showed him asking a security official “to seek clear guidance for us from No 10 asap on what they would like us to do”.

In his apology letter, Sir Philip said Mr Casey has “no recollection of having seen emails in which staff attributed this decision to the Prime Minister”, adding: “Nor do I.”

Allies of Mr Johnson tried to downplay the situation, with Commons Leader Jacob Rees-Mogg dismissing calls for a debate as “fussing about a few animals”.

Who makes the decisions?

But Labour MP Chris Bryant, who sits on the Foreign Affairs Select Committee, asked: “Who makes the decisions?”.

Speaking to BBC Breakfast he said: “We’re not being led, it’s just chaos.”

He added: “All I want to know is who made the decision? This goes to the heart of how we are governed in the UK at the moment, and if you can’t even come up with a clear understanding of what happened at something nine months ago, the worry is there is too much chaos. We’re not being led, it’s just chaos.”

The emails to the Commons inquiry were submitted by Raphael Marshall, who worked for the Foreign Office at the time and alleges the animals were evacuated following an order from Mr Johnson.

Downing Street sought to argue the officials in the first correspondence to be published may have been mistaken.

The Prime Minister’s official spokesman said: “It’s not uncommon in Whitehall for a decision to be interpreted or portrayed as coming directly from the Prime Minister even when that’s not the case, and it’s our understanding that’s what happened in this instance.

“We appreciate it was a frenetic time for those officials dealing with this situation.”

Related: Reactions as quote about travel comes back to haunt Truss