In a week of incredible soap opera antics at the White House, you may have missed the barely reported testimony of a businessman named William Browder to the US Senate Judiciary Hearing on Russian meddling in the US election. Whether Donald Trump’s weird tweets, weirder attack on transexuals in the armed forces and Anthony Scaramucci’s […] 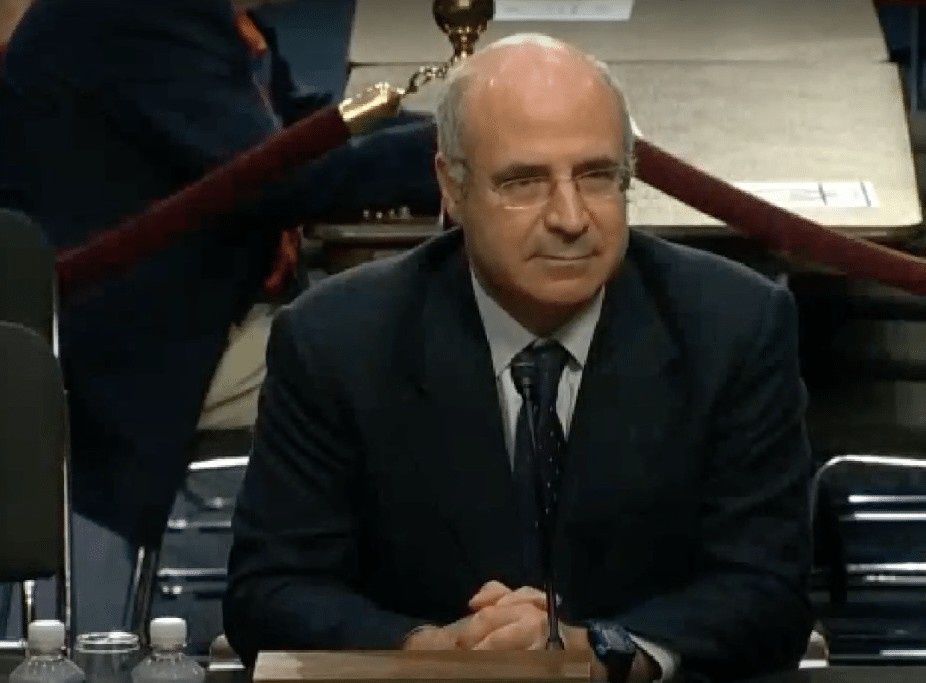 In a week of incredible soap opera antics at the White House, you may have missed the barely reported testimony of a businessman named William Browder to the US Senate Judiciary Hearing on Russian meddling in the US election.

Whether Donald Trump’s weird tweets, weirder attack on transexuals in the armed forces and Anthony Scaramucci’s spectacularly bizarre ill-fated eight days as White House Communications Director can be put down to stupidity or conspiracy to deflect from some of the most explosive testimony the committee has heard yet, we will never know. But it certainly drew attention away from some pretty sinister testimony which you can watch in full below.

William Browder who now lives in London had business interests in Russia that brought him close to Putin and he described a “kleptocracy” regime of sanctioned blackmail, torture, corruption and murders.

“Effectively the moment that you enter into their world, you become theirs,” Browder told senators investigating Russian interference.

Browder ran Hermitage Capital Management, one of the largest investment firms in Russia for a decade until he and his Russian lawyer Sergei Magnitsky uncovered a huge tax fraud allegedly costing the Russian government over £125 million which they reported to the authorities.

“And we waited for the good guys to get the bad guys,” recalled Browder. “It turned out that in Putin’s Russia, there are no good guys.”

Instead Browder and Magnitsky were themselves accused of tax evasion, Browder barred from returning to Russia and Magnitsky jailed. At least one police investigator put in charge of the case against him had been named in Magnitsky’s allegations.

After a year in jail, appealing to the international community for help as his health deteriorated, Magnitsky was allegedly placed in a solitary cell, handcuffed and beaten to death with rubber batons in 2009.

“Sergei Magnitsky was murdered as my proxy. If Sergei had not been my lawyer, he would still be alive today,” Browder testified.

As a result in 2012, US Congress passed the Magnitsky Act targeting Russian human rights abusers by freezing their American assets and banning them from entering the U.S.

This directly impacted many close to Vladimir Putin and allegedly his own incredible wealth as one of the richest people in the world. Browder said he estimated Putin’s wealth at around $200 billion and said that he was “personally subject” to the sanctions which also eroded Putin’s power with those in his inner circle who Browder said were able to “arrest, kidnap, torture and kill” with impunity until the US sanctions kicked in.

– This bombshell should really be a breach of US electoral laws banning foreign contributions to US election campaigns which include procuring “anything of value.”

Tellingly, Trump Jr added that instead she wanted to talk to him about lifting the Magnitsky Act and “mostly about adoption,” – actually admitting their conversations during the US election campaign were about lifting sanctions.

Adoption was discussed as Putin’s attempts to lift the sanctions have included what Browder termed “the most sadistic thing he could do” – retaliating against the Magnitsky Act by banning Americans from adopting Russian orphans.

Browder said that Veselnitskaya actually headed the “lobbying campaign to repeal the Magnitsky Act. She hired a number of lobbyists, public relations executives, lawyers, and investigators to assist her in this task.

“Her first step was to set up a fake NGO that would ostensibly promote Russian adoptions, although it quickly became clear that the NGO’s sole purpose was to repeal the Magnitsky Act.”

In a series of emails that Trump Jr. ill-advisedly revealed to somehow exonerate himself from any wrongdoing, he appears to have met Veselnitskaya for damaging information about Hillary Clinton to aid his father’s presidential campaign.

Senator Dianne Feinstein asked Browder if this may have been a “quid pro quo” for lifting the Magnitsky sanctions.

“This was a big ask,” said Browder, “they wouldn’t have gone in and said ‘please can you repeal this for us,’ without having something to offer in return.”

Trump Jr. and Veselnitskaya both deny that any incriminating information about the Democratic Presidential candidate was exchanged at their meeting.

There have also been allegations that Putin was behind a dossier of compromising material on Donald Trump too.

Asked by the senators investigating Russian interference in last year’s US elections why the Russians would gather dirt on both candidates – Clinton and Trump, Browder replied: “What you need to understand about the Russians is there is no ideology at all. Vladimir Putin is in the business of trying to create chaos everywhere.”

He added: “That is how every single one of their relationships work. That’s how they grab people and keep them. And once you get stuck in with them, you can never leave.”