The 47-year-old is known as the more liberal member of the Murdochs. 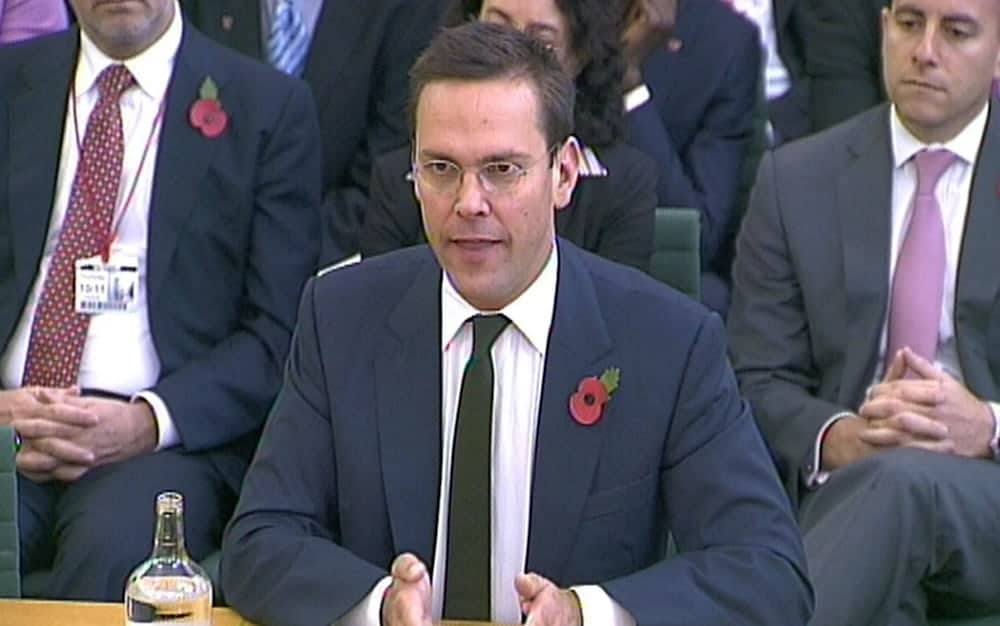 James Murdoch’s resignation from News Corporation is the latest example of the political divide in the famed media family.

The youngest son of News Corporation founder Rupert Murdoch resigned from the company’s board of directors on Friday, citing “disagreements over certain editorial content” published by the media empire’s news outlets.

While the nature of the disagreements and the news outlets in question were not disclosed, the resignation follows a number of similar moves in recent years.

In response to his decision Media Matters President and CEO Angelo Carusone said “At the center of Fox News and News Corp. is Murdoch control.

“Today, James Murdoch made it clear that he no longer wants to be associated with the damage that his family’s media properties continue to do to society. The blame going forward now rests squarely with Lachlan and Rupert Murdoch.

“If James Murdoch hadn’t already left Fox Corp. last year, you would have seen him quit Fox Corp. today too.

“It’s hard to blame him. In this year alone, Fox News has put the lives of Americans at risk spreading dangerous medical misinformation about the pandemic, prevented effective government action to save lives and the economy, stoked racial tensions by elevating and promoting white supremacists in the network, and served as a mouthpiece for Trump’s conspiracy theories and extremism.

“While his action of resigning alone does not absolve him of the blood on his hands caused by decades of Murdoch deceit, it’s an important step to no longer being part of the problem.”

Mr Murdoch was thrust into the public limelight in 2011 when the then-Sky chairman fronted a Commons Culture Media and Sport Committee alongside his father over the News of the World phone hacking scandal.

The fallout from the scandal ultimately forced him to resign from the role in April 2012, with media watchdog Ofcom finding he “repeatedly fell short of the conduct to be expected of him as a chief executive officer and chairman”.

Despite being tainted by the events, Mr Murdoch eventually returned to the role four years later.

James Murdoch, who currently heads private investment firm Lupa Systems, is known as the more liberal member of the Murdoch family, while his more conservative older brother Lachlan is the heir apparent to the media empire.

Lachlan Murdoch is also the chief executive of Fox Corporation, the home of conservative US news network Fox News.

In 2016, when he was serving as chief executive of 21st Century Fox, James Murdoch championed the success of the network, saying there was “no desire to shift the position it has in the market”.

However following his exit from the company in 2019, he openly distanced himself from Fox News, telling The New Yorker: “There are views I really disagree with on Fox.”

That same year Mr Murdoch donated to Pete Buttigieg’s campaign to become the Democratic nominee for US president.

Mr Murdoch’s recent political actions have also stood in stark contrast to his father and brother.

His opposition to the direction of News Corporation’s coverage came to a head in January, when he took direct issue with how the company had covered climate change and its impact on the bushfires in Australia.

A spokesperson for Mr Murdoch and his wife Kathryn told The Daily Beast: “Kathryn and James’ views on climate change are well established and their frustration with some of News Corp and Fox’s coverage of the topic is also well known.

“They are particularly disappointed with the ongoing denial of the role of climate change among the news outlets in Australia, given obvious evidence to the contrary.”

Mr Murdoch’s decision to sever his last formal link to the family business brings to an end what has been an extensive and turbulent career in the industry.