It is feared that as many as 60 swans may have been affected. 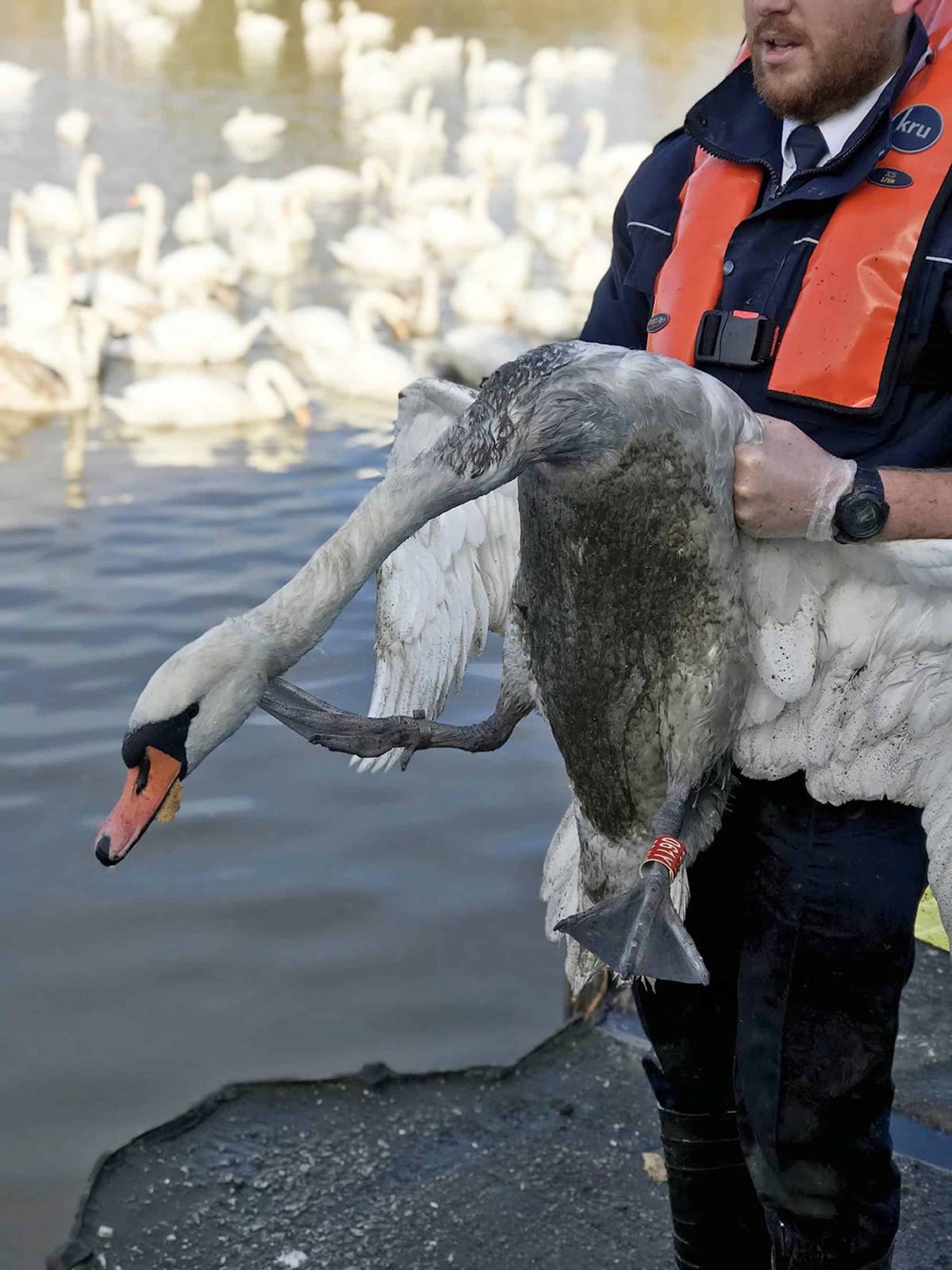 A rescue operation is under way to save dozens of swans following an oil spillage caused by flooding in the north of England.

It is feared that as many as 60 swans may have been affected after severe flooding caused a barge to overturn on the Sheffield and South Yorkshire Navigation canal.

The incident, which happened where the canal connects with the River Don in Rotherham, led to oil being spilled and potential contamination of the swans’ feathers, the RSPCA said.

On Sunday, a team of officers from the animal wildlife charity were able to rescue 23 of the birds, and they have since been transferred to the Stapeley Grange Wildlife Centre in Cheshire where they will be cleaned before being released back into the wild.

A spokesman for the charity said that the presence of oil in the swans’ feathers reduces their natural waterproofing, leaving them at risk of suffering hypothermia.

Geoffrey Edmund, the RSPCA’s national wildlife co-ordinator, said that work will be done on Monday and Tuesday to try to help the remaining birds.

He said: “All the swans are preening to try and clean themselves but while they are doing this they are not feeding and they will become weak so we have to act fast before this happens.

“All the swans are being taken to our wildlife centre and once they have been thoroughly cleaned they will be able to recuperate and will then be released back into the wild.”

Eve Cristanacce-Travis alerted the RSPCA to the swans’ predicament after noticing the spillage outside the Caffe Cristinacce, which she owns and which overlooks the canal.

She said: “We love the swans and many of our customers come here and then feed them, so we are pleased they are getting the help they need.

“When we came across them on Saturday covered in what appeared to be oil we were really upset.”

Ms Cristanacce-Travis added that she was “overwhelmed” by the efforts of the RSPCA team so far, describing the rescue as being “like a military operation”.