by Nathan Pynn
in Sport 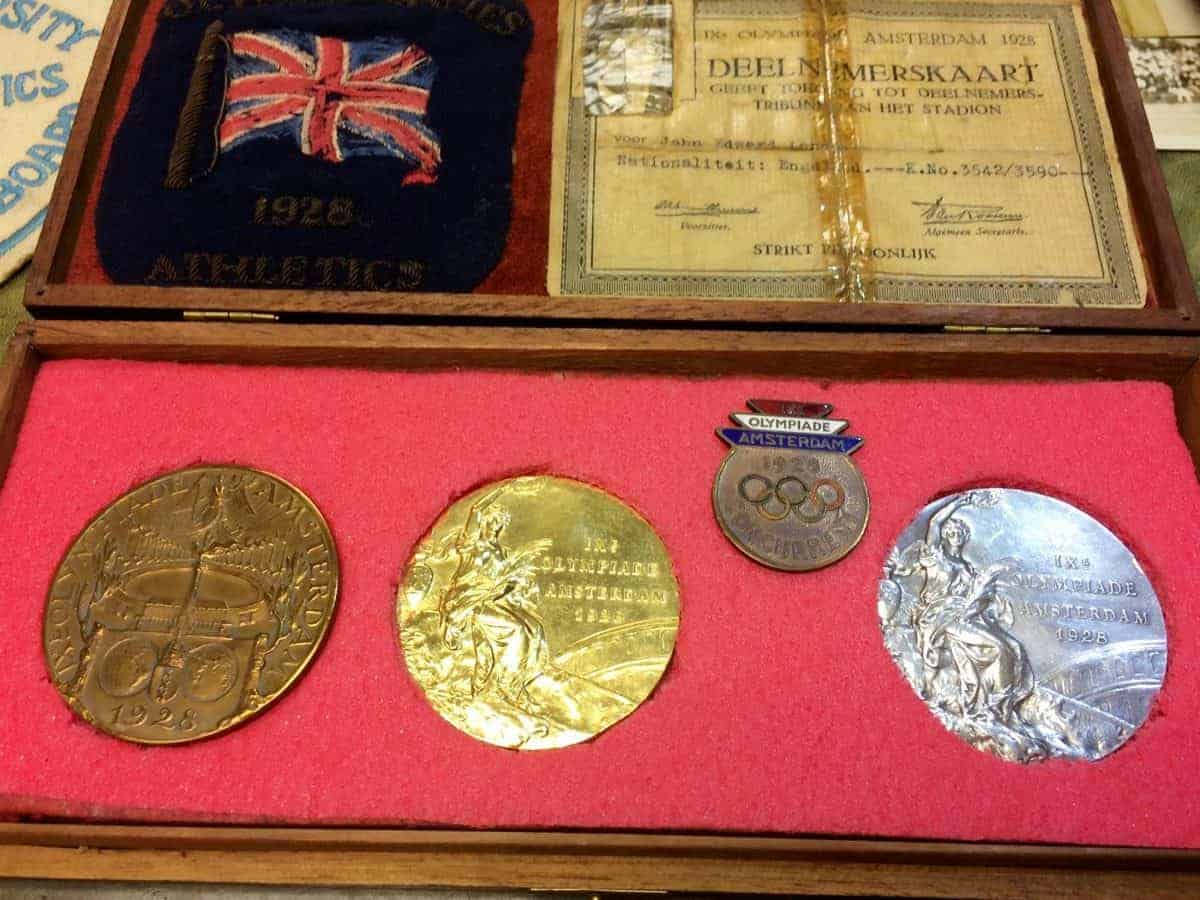 The first Olympic medals won by a British black athlete which have been in a cupboard for almost a century are set to fetch thousands of pounds at auction.

Runner Jack London made history when he scooped bronze in the 4×4 100 metres relay and silver in the 100 metres sprint in the 1928 Olympics.

The collection includes two relay batons, one used by Jack in the 4×4 100 metres in 1928 in Amsterdam, Holland, and one in the British Empire Games.

The 23-year-old’s uncle John Downham also gold-plated an Olympic commemorative medal to “create a full set” for his talented nephew.

John Downham’s daughter, Christine Downham, 60, from Rossendale, Lancs., took the memorabilia along to the Antiques Roadshow in September.

The experts said the items were worth at least £3,500 and Mrs Downham has now decided to sell her great-uncle’s medals for future generations.

Mrs Downham, a retired pub licensee, said: “They’ve just been stuck in a cupboard where no one can see them.

“Because my great uncle was the first black athlete to win Olympic medals for Great
Britain, perhaps his collection deserves to be in a museum.”

The items, which include several medals, a large trophy, photos and newspaper is expected to sell for between £3,000-£5,000.

“The medals came to me after my dad passed away four years ago. He loved talking about Jack and decided to get one of his commemorative Olympic medals gold-plated to make it look like a full set.

“My dad and mum Sarah, who is 86 and still going strong, were well known Lancashire licensees. They used to run the Dun Horse pub in Blackburn.

“I never met Jack but my dad did. Apparently, he was quite a character and a bit of a ladies’ man.

“He was very talented. He was academic, brilliant at sport and very musical. He ended up on stage and in a film.

“After retiring from athletics, he became an entertainer and played piano for the stars.

“He was in the original cast of Noël Coward musical Cavalcade at London’s Theatre Royal in 1931.

“He also appeared in Will Hay’s Gainsborough Pictures comedy Old Bones of the River in 1938. He could do anything.”

The collection is being sold by Hansons Auctioneers on November 19.

Auctioneer Charles Hanson said: “We often talk about the rich diversity of our nation
and Jack London set a fine example. He embraced every opportunity that came his way
and accomplished so much.

“He won glory for Britain in the field of sport and brought joy to millions as an entertainer.

“When I was leafing through Jack’s memorabilia, I couldn’t help noticing an old press cutting from 1948 headlined ‘Coloured Racers Lack Stamina’.

“How ludicrous that statement appears today. It reminds us of difficulties people like Jack faced all those years ago. And yet he gave the newspaper a warm quote on the
topic.

“Jack’s talent did the talking. He was ground-breaking in more ways than one.

“As well as being the first black man to win Olympic medals for Britain, he was the first athlete to use starting blocks in the tournament.

“Sadly, he was only 61 when he died suddenly in 1966 from a subarachnoid haemorrhage.

“By that time, he was working as a porter at London’s St Pancras Hospital. His life was cut short all too soon but what a lot he crammed into it.”

Jack, full name John Edward London, was born in 1905 in British Guiana, now Guyana, before his parents took him to live in London.

He studied at Regent Street Polytechnic, joined the Polytechnic Harriers and was trained by renowned coach Sam Mussabini.

Sam helped athletes win 11 Olympic medals, including Harold Abrahams who clinched the Olympic 100 metres in 1924, which inspired the film Chariots of Fire.

Jack was a whisker away from repeating that success in the 1928 Olympics.

After equalling the Olympic 100 metres record of 10.6 seconds in the semi-final, he won
the silver medal in the 100 metres final, behind Canadian Percy Williams.

In July 1929, he became the first British sprinter to win the Amateur Athletic Association’s 100 yards title since Harold Abrahams in 1924.

He was also a leading British high jumper in this period. His athletic career was curtailed by a leg injury in 1930.

Jack, who married twice but had no children, also co-wrote a coaching manual in 1948, The Way to Win on Track and Field.