"This is a national emergency which is being met by the Government with utter complacency." 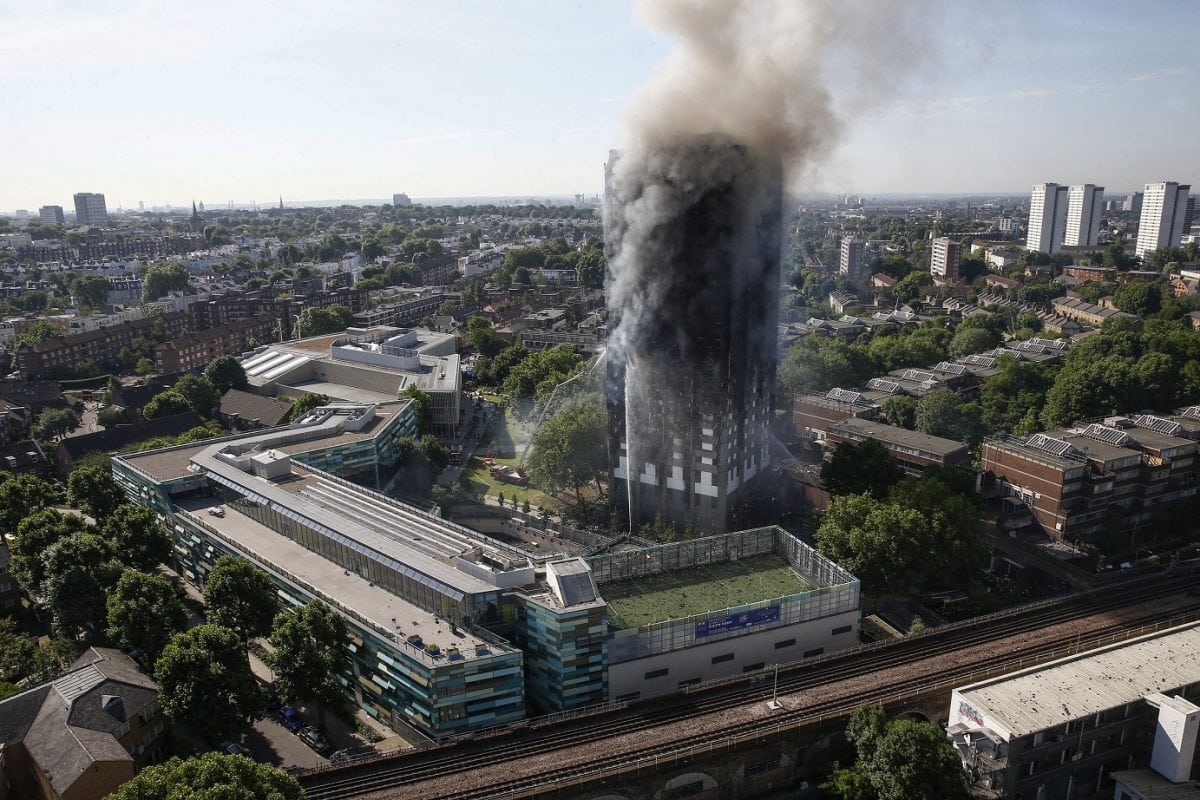 The Government is “still not doing enough” to remove dangerous cladding from buildings more than two years on from the Grenfell Tower tragedy, a report has said.

The Commons Housing, Communities and Local Government Committee report accuses the Government of being “far too slow” in its response to the blaze, which killed 72 people in June 2017.

The report further warns that the £200 million set aside for remediation of private sector residential buildings with aluminium composite material (ACM) cladding will not be enough.

The spread of the fire at Grenfell has been linked to the use of ACM in its cladding.

Referring to the support given to survivors and relatives, the report claims the re-housing of residents was “too slow” and that significant issues remain with much of the accommodation provided.

Survivors have also not been given sufficient health screening to identify the long-term effects of the blaze, particularly the inhalation of noxious chemicals, the committee said.

Labour MP Clive Betts, the committee’s chairman, accused the Government of being “far behind” where it should be in its response.

He said: “Further delay is simply not acceptable. The Government cannot morally justify funding the replacement of one form of dangerous cladding, but not others.

Government response “too slow and too weak”

Shadow housing secretary John Healey said the report was an “official warning” that the Tories had not done enough to prevent another tragedy.

“Ministers must now step in and set a hard deadline to replace all dangerous cladding, toughen sanctions against block owners that won’t do the work and fund the retrofit of sprinklers in all high-risk social housing blocks” said John Healey, shadow housing secretary.

“For two years, Government action has been too slow and too weak,” the Labour MP added.

“Ministers must now step in and set a hard deadline to replace all dangerous cladding, toughen sanctions against block owners that won’t do the work and fund the retrofit of sprinklers in all high-risk social housing blocks.”

The report said greater urgency was needed to establish an effective regulatory system to ensure building safety in the long-term.

The committee said it was “frustrated” that more than a year since the publication of the final report of the Independent Review of Building Regulations and Fire Safety, the Government had only recently started consulting on its proposals for the new regulatory regime.

It said the regulatory system should apply to all buildings housing vulnerable people, and go beyond the existing boundary of buildings above 18 metres in height.

Mr Betts said: “The Government must pick up the pace of reform, before it is too late.”

The committee report calls for the Government to set a “realistic and short deadline” for the removal of any form of dangerous cladding.

It states this should be supported by adequate funding and sanctions for building owners who fail to make their properties safe within a reasonable time-frame.

Sufficient funding is also called for to guarantee that all forms of combustible cladding are removed.

The committee said a “comprehensive” programme of health services must be provided to survivors, beyond what has already been announced by the Government.

It also wants action to be taken to understand any long-term environmental impacts around the Grenfell site.

Research by the University of Central Lancashire found there were toxic chemicals in soil samples taken from around the Grenfell site six months after the fire.

Fire Brigades Union general secretary Matt Wrack said: “This report echoes all of the warnings we have made about the Government’s half-hearted response to Grenfell.

“This is a national emergency which is being met by the Government with utter complacency” said Matt Wrack, General Secretary of the Fire Brigades Union .

“The removal of flammable ACM cladding has been painstakingly slow – only one building had its ACM cladding removed last month.

“The Government’s approach has also abandoned the tens of thousands of people in buildings covered with other flammable materials.”

He added: “As things stand, there has been virtually nothing done to prevent another fire like Grenfell from happening.

“Time and time again, we have raised the issues in this report, but the silence from Government is deafening.

“This is a national emergency which is being met by the Government with utter complacency.”

A spokesman for the Ministry of Housing said: “Public safety is paramount and within days of the Grenfell Tower fire a comprehensive Building Safety Programme was put in place to ensure residents of high-rise properties are always kept safe.

“We have committed up to £600m to fund the removal and replacement of unsafe ACM cladding on high-rise social and private residential buildings.

“Ultimately building owners are responsible for the safety of their building and we expect them to carry out work quickly – anything less is unacceptable.

“At the same time, we are supporting the support the bereaved, survivors and their families of the Grenfell Tower tragedy and have already committed over £100 million.”