He enjoyed viewing videos of serious attacks on Jewish people and even made comments referring to his disappointment that the attacker in one video did not kill the victim. 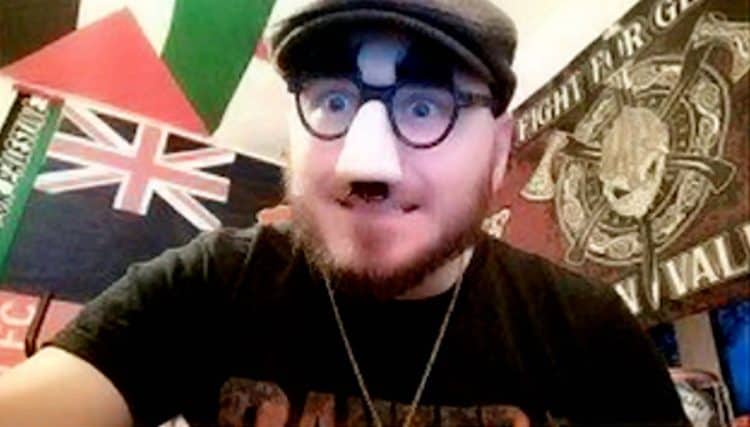 A remorseless anti-semitic streamer who used his spare bedroom to create obscene videos celebrating far-right terrorism has been jailed for four years.

Richard Hesketh, 36, dressed up and used a fake voice through an alter ego called ‘George’ in his “shockingly offensive” videos, which were then viewed by millions.

The charity were concerned about the videos, which were uploaded to hosting channel ‘BitChute’, as they had 10,000 subscribers and a combined figure of two million views.

During the investigation, officers searched Hesketh’s home, in Middleton, Manchester, where they located numerous mobile phones and packs of sim cards.

Police said following an inspection of these devices, large amounts of anti-Semitic imagery as well as information on conspiracy theories and videos were found.

On Friday (Dec 3), Hesketh was sentenced to four years imprisonment at Manchester Crown Court after pleading guilty to seven counts of inciting racial hatred dating from around 2018 to 2020.

He said: “Hesketh shared as well as created hundreds of shockingly offensive videos and content on social media, which undoubtedly incited hatred towards the Jewish community.

“In police interview, Hesketh showed no remorse and even continued to upload offensive material to his social media channels after he was released under investigation.

“Hesketh enjoyed viewing videos of serious attacks on Jewish people and even made comments referring to his disappointment that the attacker in one video did not kill the victim, showing just how depraved his beliefs are.

“Peddling this mindset across the internet is dangerous and at the same time incredibly upsetting to our communities.

“This case highlights that right-wing terrorism will not be tolerated in any shape or form and we will do all we can to bring these offenders to justice.

“I am pleased that Hesketh will no longer be able to continue his campaign of abuse and I really do hope that his time in prison is spent reflecting upon his appalling behaviour”.