“This disgusting incident goes against everything this city stands for and should be condemned by all," said Sadiq Khan. 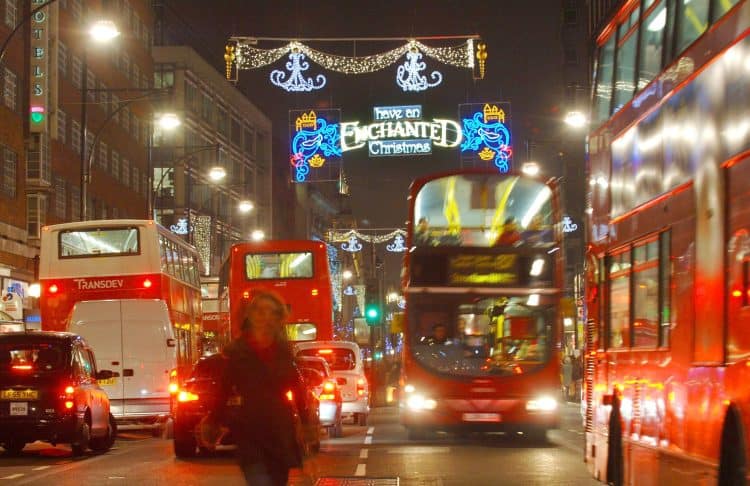 Police are investigating a video which appears to show a group of men spitting at a bus full of Jewish passengers celebrating Hanukkah in central London.

Footage from inside the bus shows the men shouting and making obscene hand gestures and what appear to be Nazi salutes at the passengers. One man can be seen banging his shoe against the side of the vehicle.

The Metropolitan Police said the incident is being treated as a hate crime.

The open-top bus was full of people – including children – celebrating the first night of Hanukkah, a Jewish festival, on Monday, according to the Community Security Trust (CST), a charity which monitors antisemitic incidents and provides security support to British Jews.

They were handing out food in the capital’s famous shopping destination, Oxford Street, and dancing, but “sadly this was interrupted by an extremely hostile, threatening and abusive group of men”, CST said.

In the video, people on board the bus can be heard saying “we are Jewish” and “we need to go”.

When the vehicle eventually pulls away, one of the men can be seen running alongside the bus and smashing his arm against the windows.

Two people who were on the bus reported the attack to CST on Tuesday.

Dave Rich, CST’s director of policy, told the PA news agency: “They were quite frightened that the group who were threatening them were going to physically assault them, they were spitting at them.

“They were pretty scared and they definitely felt it was because they were Jewish that they’d been targeted, there was absolutely no doubt about that.”

The Metropolitan Police said officers were called to Oxford Street at around 8pm on Monday, but met the bus at another location after it moved on to “avoid any further confrontation”, police said.

The Met said: “The group shown in the video could not be located at the time of the incident and there have been no arrests.

“The incident is being treated as a hate crime and officers will be assessing the available evidence to identify any possible lines of enquiry.”

The passengers on the bus were from the religious outreach organisation Chabad, which arranges for eight-armed candelabras to be put up around London to mark Hanukkah, Mr Rich said.

“They had an open-top bus and they’d driven to Oxford Street from north London, but after this happened, they drove home again,” he said, adding that CST is working with the police to support the victims.

Hanukkah – known as the festival of lights – is an eight-day celebration involving food, prayer and the lighting of a menorah.

This year it runs from November 28 until December 6.

Mr Rich said there has been an increase in antisemitic hate crimes in the UK.

In a statement, CST said: “London is a city where Jewish people must be able to celebrate our festivals and enjoy an open, confident Jewish way of life.

“This disgusting incident goes against everything this city stands for and should be condemned by all.”

Mayor of London Sadiq Khan tweeted: “Antisemitism has no place whatsoever in society and I utterly condemn these disgusting acts. No one should have to experience this.”

Councillor Rachael Robathan, leader of Westminster City Council, tweeted: “Deeply disturbing scenes of what appears to be an antisemitic attack against Jewish teenagers in Oxford Street.

“We utterly condemn this scenes and I will be raising this with @metpolice UK. We stand shoulder to shoulder with our Jewish community.”

Police urged anyone who recognises the men in the video, or who has any other information, to call police on 101 with the reference 6187/29NOV.