"He fully deserves both his grades and a place at Cambridge. Our NHS needs people like Buraq and I am truly delighted for him." 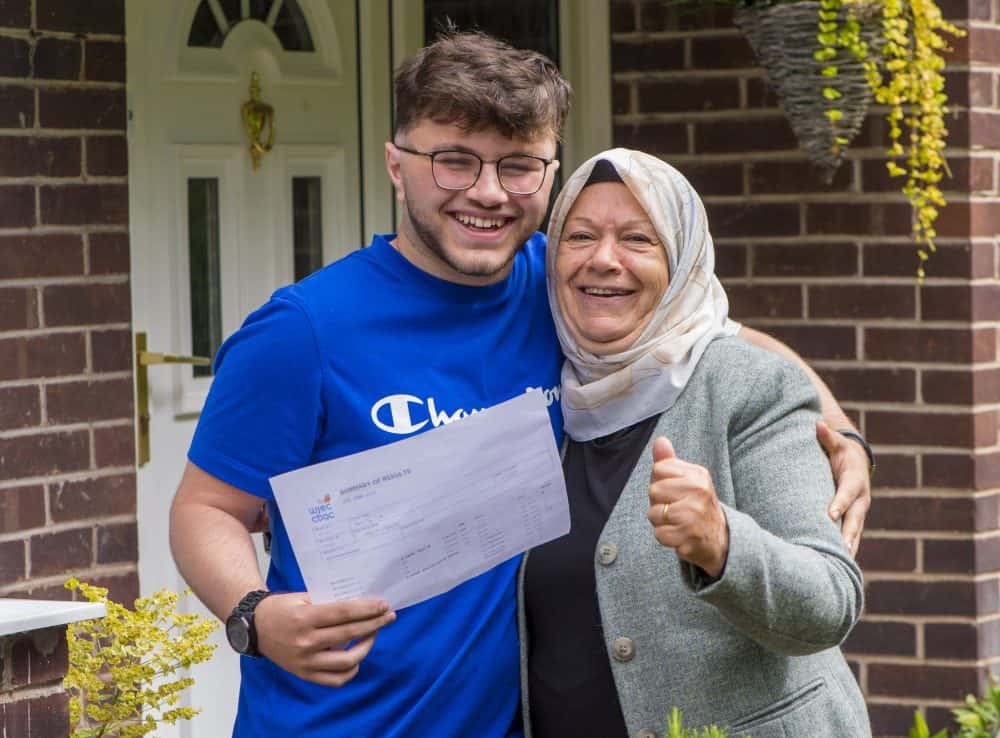 A refugee who left Iraq as a toddler to get get urgent UK medical treatment has earned a place at Cambridge University to study medicine to become an NHS doctor – after getting 4A*s.

Buraq Ahmed, 18, suffered with an agonising hip condition, and aged three his parents sold their home to fund surgery in the UK.

The toddler and his grandma Saadiyah Khattab, 69, were only supposed to stay long enough for treatment – but while he was away the war intensified, and he couldn’t go back.

Unable to speak English, he started school in the UK, and flourished – but was unable to see his parents for ten years while the war raged on.

And despite nine surgeries and daily pain medication for his congenital hip dysplasia, he achieved four A*’s in his A levels.

He never forgot the world class treatment he got to sure his congenital hip dysplasia – or the kindness of the medics who helped him – and now wants to be an NHS doctor.

Buraq, from Cardiff, who studied biology, chemistry, economics and maths at A level, said: “Neither my grandmother or myself spoke English when we arrived in the UK, and there were many days when I was unable to move.

“Initially we were only coming to the UK for a limited time however the Iraq War and ISIS terrorism attacks meant we couldn’t go back.

“As a child you don’t realise the trauma you and your family are going through and I was fortunate that my grandmother was always there for me.

“My aunt and uncle also subsequently moved to Cardiff and, as my grandmother was getting older by this time, we moved in with them and my young cousins.

“As I have got older, I have realised what a worrying time it must have been for my parents and my three younger brothers who were born after I left Iraq and now live in Belgium.

“Having spent so much time in hospitals with some of my happiest times being looked after by amazing NHS nurses I decided that I wanted to help other people who were suffering.”

Buraq’s parents Duraid Abdullah, 49, and Ruaa Yousif, 38, sold their home in Iraq in 2005 so he could travel to the UK to undergo the surgery he desperately needed.

His once beautiful home was obliterated by warfare, forcing his family to leave the area in an attempt to escape the violence and bloodshed.

This gave him and his grandma refugee status, allowing them to build a better life for themselves in Cardiff.

Bruaq had a right hip replacement operation in August 2019, and is waiting for another op on the other side, delayed due to the coronavirus pandemic.

Buraq attended a comprehensive secondary school in Cardiff, and was a talented footballer being chosen to play for Cardiff City Academy.

However, as his condition worsened, his physical movement became increasingly stiff and he was unable to play, giving him more time to focus solely on his studies.

This resulted in Buraq leaving school with great qualifications, and on the back of his GCSE results he managed to gain a full scholarship at Cardiff Sixth Form College.

It was at that time he decided to pick a variety of A level subjects which would allow him to go on to study medicine at university.

Since arriving at the college in 2018 Buraq has competed in the Oxford and Cambridge regional debates and been an active member of the student-led Medical Ethics Society.

He added: “I have absolutely loved my time at Cardiff Sixth Form College. There are some really amazing students here from all over the world.”

Gareth Collier, principal at Cardiff Sixth Form College, said: “Buraq is an extraordinary student who out of adversity has really gone onto achieve great things.

“Despite the traumatic start to his life, continued separation from his parents and the strong medication that he uses to manage his daily pain, Buraq never dwelled on these difficulties.

“Instead this has made him resilient, determined to succeed and embrace every opportunity that has been available at the college.

“He fully deserves both his grades and a place at Cambridge. Our NHS needs people like Buraq and I am truly delighted for him.”