"So glad to see Marr truly unleashed. Fearsome to behold," wrote one person who wasn't impressed with the interview. 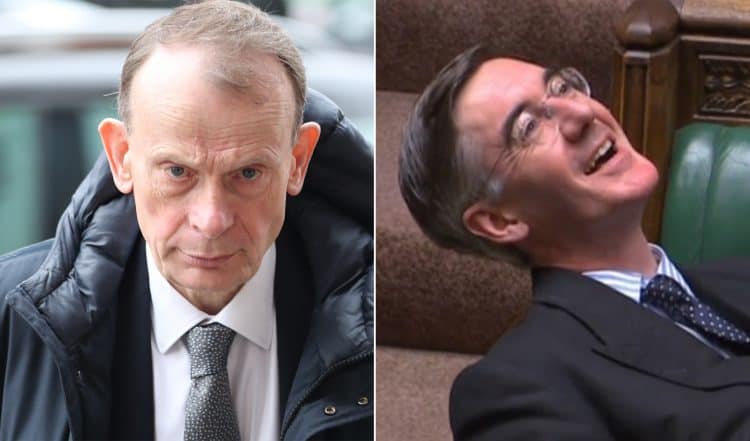 Marr, 62, left the BBC in November last year after 21 years at the broadcaster, where he was formerly the political editor before going to host Sunday morning politics programme The Andrew Marr Show.

Speaking about the launch of his new show, Marr said: “I’ve always thought journalism is about breaking stories, ruffling feathers and having some fun on the way. My new LBC show, Tonight with Andrew Marr is perfectly timed at 6pm, the end of busy political days, and stuffed with great guests, and will do just that.

So after these grand claims it might come as a bit of surprise that all he managed to wrangle out of Jacob Ress-Mogg was what types of clothes he does and doesn’t own.

Speaking on the show, the minister for Brexit opportunities defended his archaic dress sense and said that was simply his vibe.

“Do you think anyone would have decided to adopt the image that I have if it hadn’t been what they really were?” he said.

“I think it would have been eccentric to choose to, it’s just how I am.”

Pressed further on the items in his wardrobe he said: “I do not have a pair of jeans” and, asked if he owns a t-shirt, he added: “No, why would I want to?”

“I don’t find what I might call ordinary clothes uncomfortable,” he later added.

A lot of people were not very impressed with Marr’s ‘fearless’ journalism.