"Whatever is being done is not being done fast enough, or at enough scale to meet the demand," he said. 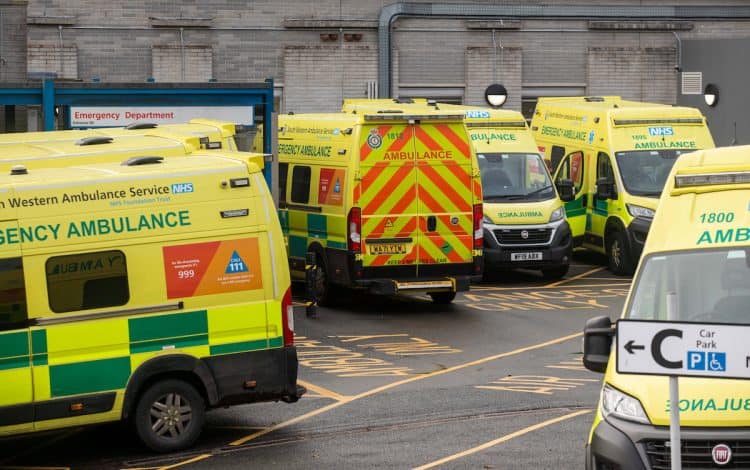 File photo of ambulances outside of the Emergency Department at the Derriford Hospital. Credit:SWNS

Tory MP Johnny Mercer has lashed out at the state of his local hospital after he was forced to wait 21 hours in agony to be seen.

The former army officer said he’s now seeking ‘outside interventions’ to help crippling shortages at Derriford Hospital after being made to wait in a chair with a herniated disc in his neck.

The politician, 40, said he has raised the issue at Government level after he spent “21 hours on a chair in a corridor in intense discomfort.”

Mercer, who also used to serve as Defence People and Veterans Undersecretary, said he was full of praise for the “incredible” staff and hospital chief Ann James, but said more needed to be done to help them.

He’s since written to the Chief Executive of the local Clinical Commissioning Group, the CEO of Southwest Ambulance Trust expressing his concerns about primary healthcare in Plymouth, Devon.

He has also referred the case to fellow Conservative MP and Health Secretary Sajid Javid.

The referral comes a week after Mercer posted on twitter that he’d gone to hospital with a herniated disc in his neck, alongside a photo of him on a hospital chair with a drip.

Mercer said healthcare issues at Derriford Hospital had been ‘challenging’ for so long that they were now “unacceptable both for his constituents and NHS staff in his constituency”.

He also said it would be “deeply unfair” to continue to put staff at all levels in Derriford Hospital and across primary care in Plymouth “under the current levels of stress”.

He added: “With the local CCG and Ambulance trust. The staff are heroic, but I cannot accept the conditions they are faced with, nor the service that my constituents receive across primary care.

“I’ve promised a new hospital by 2027; but interventions are required now.

“But whatever is being done is not being done fast enough, or at enough scale to meet the demand, and so I intend to meet with both local and national healthcare leaders to express these views and make it clear that the situation must improve in the near-term.”

When asked if he had ‘cut the queue’ to get treatment by one constituent, he retorted: “I turned up, bellowed ‘don’t you know who I am?’, explained I was ‘kind of a big deal round here’ and they immediately dropped what they were doing…

“Or I spent 21 hours on a chair in a corridor in intense discomfort, admiring the incredible staff, like everyone else. You choose”.