A relieved father has posted an open letter praising paramedics after they saved his little boy’s life when he choked – on a GRAPE. Steve Hulbert feared his son Oli was about to die after he went limp and his lips turned blue after swallowing the fruit. Oli lost consiousness and after a 999 call […]

A relieved father has posted an open letter praising paramedics after they saved his little boy’s life when he choked – on a GRAPE.

Steve Hulbert feared his son Oli was about to die after he went limp and his lips turned blue after swallowing the fruit.

Oli lost consiousness and after a 999 call paramedics arrived and quickly dislodged the grape – almost certianly saving his life.

Dad Steve has now posted a picture of Oli in his hospital bed surrounded by wires and machines but expected to make a full recovery.

His dad has also posted an open letter to ‘shout from the rooftops’ his praise for the paramedics and doctors who saved his life.

And Steve hails the ‘true professionalism’ of the emergency staff and he will be “forever in their debt”. 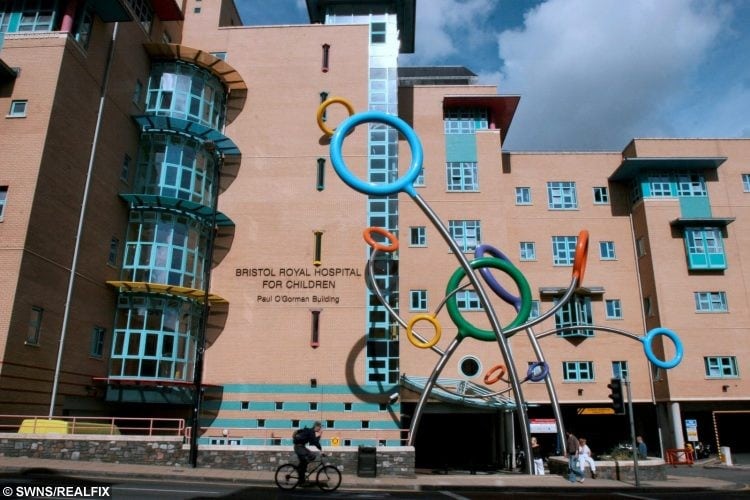 The grateful father wrote on Facebook: “I want to shout thanks from the rooftops to the paramedics that arrived quickly enough to save Oli’s life.

“I want to share with everyone how the team at the hospital exceeded every possible expectation and delivered care, compassion and information with smiles and warmth.

“We are incredibly lucky to have this institution and the people that dedicate their lives to making ours better.”

In his Facebook post, Steve told how he and his wife Fiona called 999 on Sunday after ‘frantic’ efforts to dislodge the grapes from Oli’s throat, which were choking him.

He said the paramedics arrived just ten minutes after the 999 call – at which point the five-year-old had just lost consciousness.

“I ran to the ambulance carrying a limp boy with blue lips and wide, staring eyes, to hand him into the care of three incredible men,” said Steve.

“They immediately set to work with the ultimate calmness and efficiency that only true professionalism can bring.”

He said that after another ten minutes of fighting to save Oli, further support arrived from two more paramedic vehicles and an air ambulance.

And Steve added: “Then, in a moment that changed the course of our lives, they dislodged the grape and Oli sucked in air. His eyes came into focus and I dared to dream.”

The family of four were then transported by blue-lighted ambulance to Bristol Royal Hospital for Children – where Steve said the staff were ‘wonderful’.

“After our arrival at the hospital we saw three consultants, a paediatrician and countless wonderful, thoughtful and caring nurses,” he said.

“They looked after Oli, Feist [Fiona], Maia and I in the most unbelievable way.”

He added: “In recent times every media story has focussed on the crisis within the NHS.

“The lack of funding and the plunging staff morale have been used to create a picture of service on the brink.

“Today I want to celebrate all that is good with the NHS. We came very close to losing our little man, and I will be forever in their debt.”

The post ended: “Thank you, from the bottom of my heart.”

Steve, 43, from Backwell, Bristol, says Oli has now made a full recovery and returned to school today (Weds).

“He’s getting lots of attention at school, and he’s enjoying being a celebrity for a day,” he said.

“Thankfully the doctors seem to think there won’t be any lasting repercussions. We seem to have got away incredibly lightly after a very close call.”

He added: “Oli’s back to normal now – all he’s interested in is just playing with his Lego.”

Steve said that the 999 call was made at about 11am on Sunday, and the paramedics arrived at the house in just seven minutes.

He said: “The level of care was incredible – it could have been a very different story if the arrival time had even been one minute later.”

He added: “You always worry with these things about the long-term effects, because of oxygen deprivation to the brain.

“But as soon as Oli spluttered up the grape onto the ambulance floor, his eyes cleared instantly. We asked him if he was alright and he replied, ‘Yes’.

Oli was released from hospital at 4pm on Tuesday.