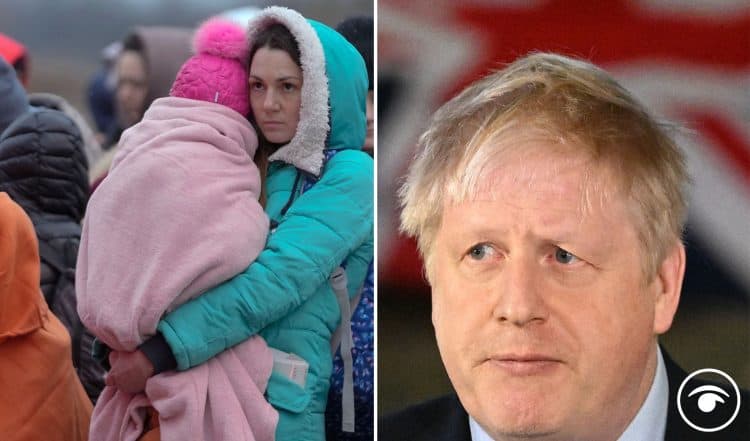 The Prime Minister will set out a six-point plan on Sunday, which he hopes global counterparts will accept, as Russian leader Vladimir Putin moved the goalposts over the West’s engagement in the conflict in Ukraine.

Mr Johnson said that “it is not future historians but the people of Ukraine who will be our judge” over how the world reacts to Mr Putin’s “hideous, barbarous assault”.

Ahead of a swathe of meetings in coming days, Mr Johnson said: “Putin must fail and must be seen to fail in this act of aggression.

“It is not enough to express our support for the rules-based international order – we must defend it against a sustained attempt to rewrite the rules by military force.”

Is it all just big talk from the PM? In response David Lammy said: “At home, the UK government must move faster and harder to impose sanctions on the oligarchs and politicians linked to the rogue Russian regime.

“It is inexcusable that we have fallen behind the EU and the US on the number of individuals and entities sanctioned. Ministers must move faster, acting against Putin’s cronies in days not months.”

Well, the Dail Mail is getting excited about the PM’s actions. Their front page reads: “Boris’s 6-point plan to defeat Putin. This is his Falklands moment, say Tories as PM holds war briefings under Maggie’s portrait.”

Was it only a matter of time before the right-wing press tried to laud the PM as some kind of war time hero? Well a lot of people on social media thought so,