"So is it a cold and everyone should just suck it up or is it a serious illness that has to be fought off with all those drugs you’re taking?", one person asked 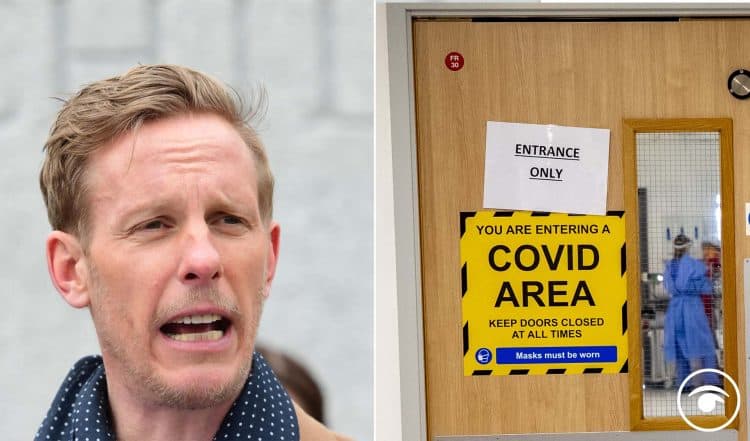 Laurence Fox is at it again.

After contracting Covid and deciding to use the controversial drug Ivermectin he took to social media to label people racist for criticising his choice of treatment.

The actor tweeted: “In other news, felt shivery and crap yesterday. Turns out I have been visited by Lord Covid at last and have the Omnicold (if the LFT is to be believed!) On the #Ivermectin, saline nasal rinse, quercetin, paracetamol and ibruprofen. More man flu than Wu-flu at the moment.”

There was backlash against his treatment plan on social media, but he hit back in a video slamming people who have questioned the benefits of horse de-wormer Ivermectin.

Dr Rachel Clarke was concerned and tweeted: “I wish Laurence Fox a very speedy recovery – but it’s important to stress there is no clear evidence that Ivermectin (a horse de-wormer) reduces the risks of catching Covid, or its severity. We do have excellent evidence-based Covid treatments, though.”

She also shared a link to an article with the headline: “Why You Should Not Use Ivermectin to Treat or Prevent COVID-19.”

The drug is not approved for treatment of COVID-19 in Japan, and the US Food & Drug Administration, the World Health Organization, the EU drug regulator and Merck, which makes the drug, have warned against its use because of a lack of scientific evidence.

In guidance on its website dated September 2021, the FDA noted growing interest in the drug for preventing or treating COVID-19 in humans but said it had received multiple reports of patients who had required medical attention, including hospitalisation, after self-medicating with it.

However, in Fox’s video he said: “You know what? It’s actually racist. That’s what it is.

“It’s really racist to turn around and go, ‘well, yeah, hundreds of millions of Africans take it, but it’s just a horse de-wormer’.”

As you might expect he has since been ridiculed for his bizarre comments.