It comes as a Tory MP was forced to apologise for defending his colleague following a conviction for sexually assaulting a teenage boy. 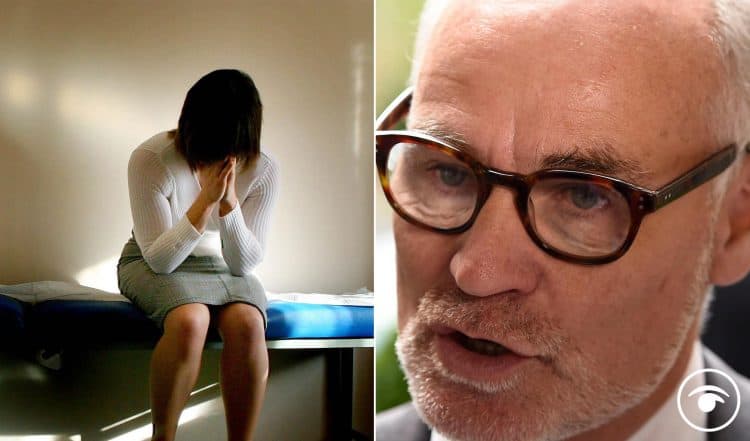 The home affairs select committee has criticised the “unacceptably low” numbers of prosecutions for rape and sexual offences in a report published today.

In the year to September 2021, there were 63,136 rape offences recorded – an all-time high – yet only 1.3 per cent of recorded rape offences assigned an outcome resulted in a charge or summons.

Diana Johnson MP, the chair of the committee, said the collapse in the number of prosecutions for rape and sexual offences over the past five years was “truly shocking and completely unacceptable”.

“From now on, the focus must be on supporting the victims. Reporting an incident should be the beginning of getting justice but instead has become a source of further pain. The fact that even now nearly two-thirds of cases collapse because a victim may not be able to bear going forward is unimaginable.

“Specialist support needs to guide victims throughout the process and improved counselling to deal with the long-term effects. We strongly urge the government to further pilot the provision of independent legal advice to victims and survivors grappling with requests from the police to access data from their phones or third-party material,” she said.

The report was published after Tory MP Crispin Blunt was forced to apologise for defending Imran Ahmad Khan following his conviction for sexually assaulting a teenage boy.

He removed a post from his website and Twitter feed in which he had claimed Khan was the victim of a “dreadful miscarriage of justice”, after the Wakefield MP was found guilty on Monday of sexually assaulting a 15-year-old boy in 2008.

In a statement, Mr Blunt said he had decided to retract his statement and insisted “I do not condone any form of abuse and I strongly believe in the independence and integrity of the justice system”.

The retraction follows a statement published on Mr Blunt’s website on Monday which described the jury’s decision in Khan’s case was “nothing short of an international scandal”.

A jury at Southwark Crown Court took about five hours to decide Khan, 48, was guilty of sexually assaulting a teenage boy, who is now 29.

The court heard how Khan, a gay Muslim elected to Parliament in 2019, forced the then-teenager to drink gin and tonic, dragged him upstairs, pushed him on to a bed and asked him to watch pornography before the attack at a house in Staffordshire in January 2008.

But Mr Blunt, who was at the London court on Monday, said the case “relied on lazy tropes about LGBT+ people” and argued the result had “dreadful wider implications” for LGBT Muslims “around the world”.

The Tory MP said: “I am utterly appalled and distraught at the dreadful miscarriage of justice that has befallen my friend and colleague Imran Ahmad Khan, MP for Wakefield since December 2019.”