Emma Blood said she 'sat with him for hours, held him and kissed him' after her 12-month-old boy was thrown from a bridge 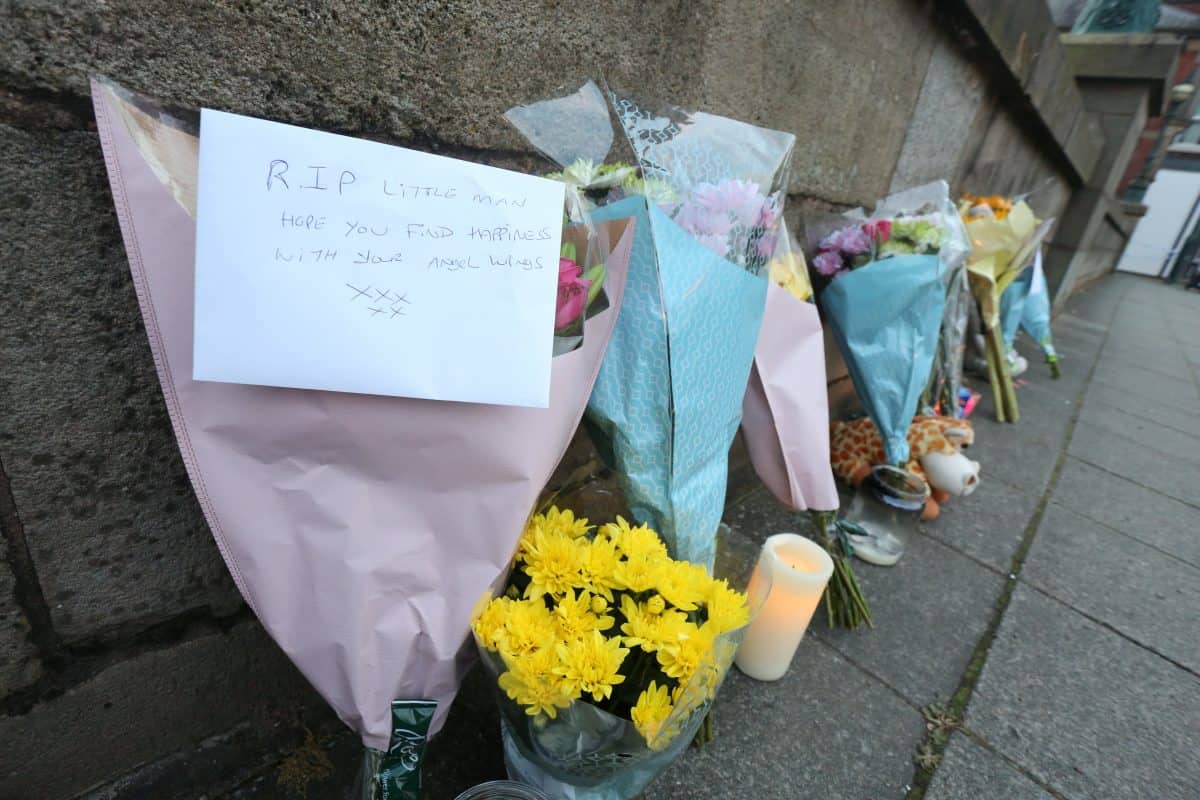 The heartbroken mum of a baby boy killed when he was thrown into a river has told of her final moments with her son.

Emma Blood said she sat with the tragic tot for hours in hospital after he was thrown from a bridge over the River Irwell in Radcliffe, Greater Manchester yesterday.

The baby, named locally as Zakari Bennett, is thought to be almost 12 months old and was rushed to hospital after being pulled from the water by firefighters.

Tragically he later died in hospital despite the efforts of paramedics and specialist doctors.

She wrote: “I didn’t know anything that had happened until 7pm. I didn’t know my child was dead until I got to A & E.

“We sat with him for hours, we held him, we kissed him and then I left.

“I’m no crappy parent, I love my little boy and did everything for him.

“I lost MY baby today. I didn’t touch my child.

“I was NOT ARRESTED because believe it or not it’s all on CCTV that the police have watched and know I was NOT INVOLVED with the murder of MY child.

“I am alive, although I wish I was dead. Let me grieve for my child, my whole world and so much more.”

Emergency services were called to reports of a child in the water near to a bridge in Blackburn Street in the town at around 4.25pm yesterday.

The baby was found a short time later and rushed to hospital, where he tragically died.

A 22-year-old man has been arrested on suspicion of murder and remains in police custody for questioning.

Detective Superintendent Jamie Daniels of Greater Manchester Police said: “This is an incredibly tragic incident that has led to an innocent baby boy losing his life and we are doing everything we can to support his family at this unimaginably devastating time.

“I know his loss will be felt by the entire community and our thoughts are very much with his loved ones this evening.

“A murder investigation is underway and we are working hard to piece together the circumstances that led to the baby boy ending up in the water.

“Whilst we have a man in custody, our investigation is ongoing and I’d urge any witnesses or anyone with any information to get in touch as soon as possible so that we can find out what happened to him.”