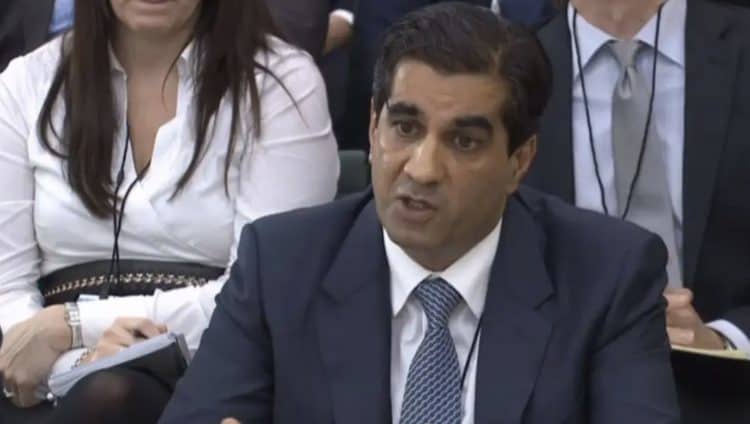 A poultry magnate said Brexit is the biggest factor in the labour shortage his business is experiencing.

Ranjit Singh Boparan said the EU referendum vote “was always the biggest factor”, and that he highlighted this four years ago as well.

“A lot of people have gone back to the countries they’ve come from and actually they don’t want to come back.”

Boparan called on the government to expand their definition of “skilled workers” and suggested his factory workers would not qualify for a “Skilled Workers visa”.

He said his workers deal with allergens, certain skills and technical things every day.

“They have to keep food safe to be delivered,” he said.

He added: “They are skilled workers and I think that’s the one thing the government really does need to look at.”

Ranjit Singh Bopran(2 Sisters food group) – Brexit is the biggest factor in the labor shortage… brexit meant people didn’t want to come to this country to work or weren’t even allowed to work in this country anymore… the govt needs to open the corridor for skilled workers.. pic.twitter.com/3voDRdzGL0