"I have a bike and cycle to work – I know what value they have to people," Abdul El-Gayar said. 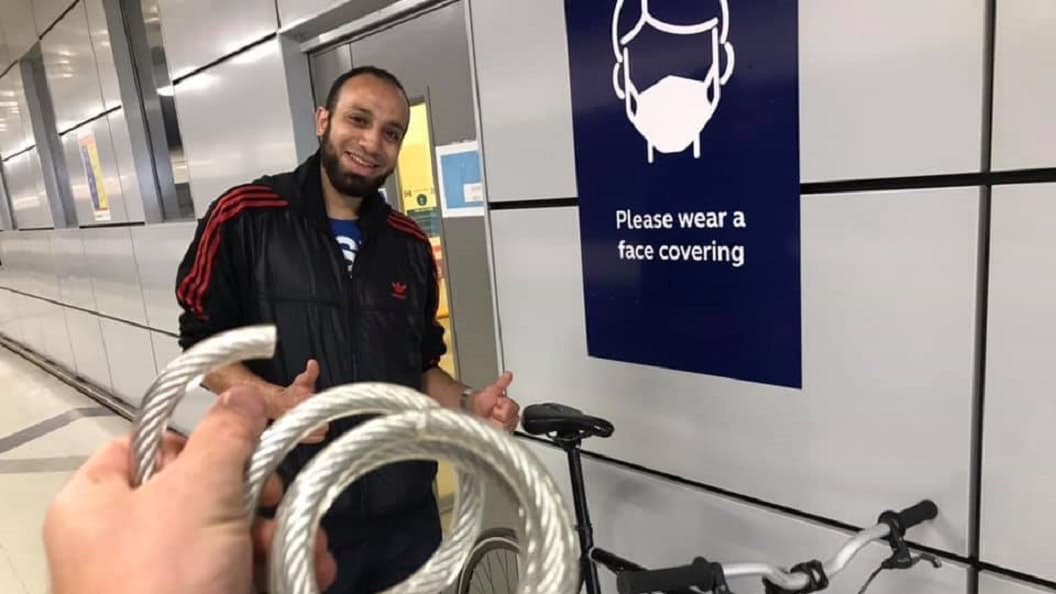 A railway worker confronted a thief trying to steal a bike before then waiting four hours after his shift ended to return it to its owner.

Abdul El-Gayar, 31, was leaving work at 2pm when he saw someone trying to cut the lock off a bike with a pair of bolt cutters outside London’s Cannon Street station.

The platform worker said: “I heard the sound of a lock being snapped and I didn’t think twice. I said ‘You’re not taking that back’. I couldn’t let that happen.

“Voices were raised a little – I said ‘It’s not your bike’. I have a bike and cycle to work – I know what value they have to people.

“The guy eventually gave up and walked off. I put the bike into safe storage because the lock had been broken.”

Steve Farmer, 39, from Guildford, Surrey, who works near the station, returned four hours later, at which point he realised his bike was missing.

He told the PA news agency: “I was gutted. I was annoyed that I had used a bad lock to lock it up with. I was resigned to the fact I would never see it again, but trudged back up to the station, thinking there was no point really in asking for the security cameras but wanted to try anyway.”

However, he was met by Mr El-Gayar, who asked him to put his code into the lock, before returning the bike to him.

Mr El-Gayar said: “City people finish work at about 5.30/6pm — it came to 6pm and I was wondering where the owner might be when a young man came through the station.

“He said he couldn’t thank me enough. I was only too happy to help – I couldn’t let a bike theft happen right in front of my eyes.”

Mr Farmer said he normally locks his bike up at work, but it was his first day back at the office and he had forgotten his security pass.

He said: “It was so dead in the morning around Cannon Street, and I had my son’s lock, used for locking it up at the park, in my bag, so thought I would use that, get a security pass and come back. By the day just cracked on.

“I can’t thank Abdul enough, he is such a top man.

“The world needs more Abduls, he is a legend of a man and a credit to his employer.”

The attempted theft has been reported to the City of London Police.