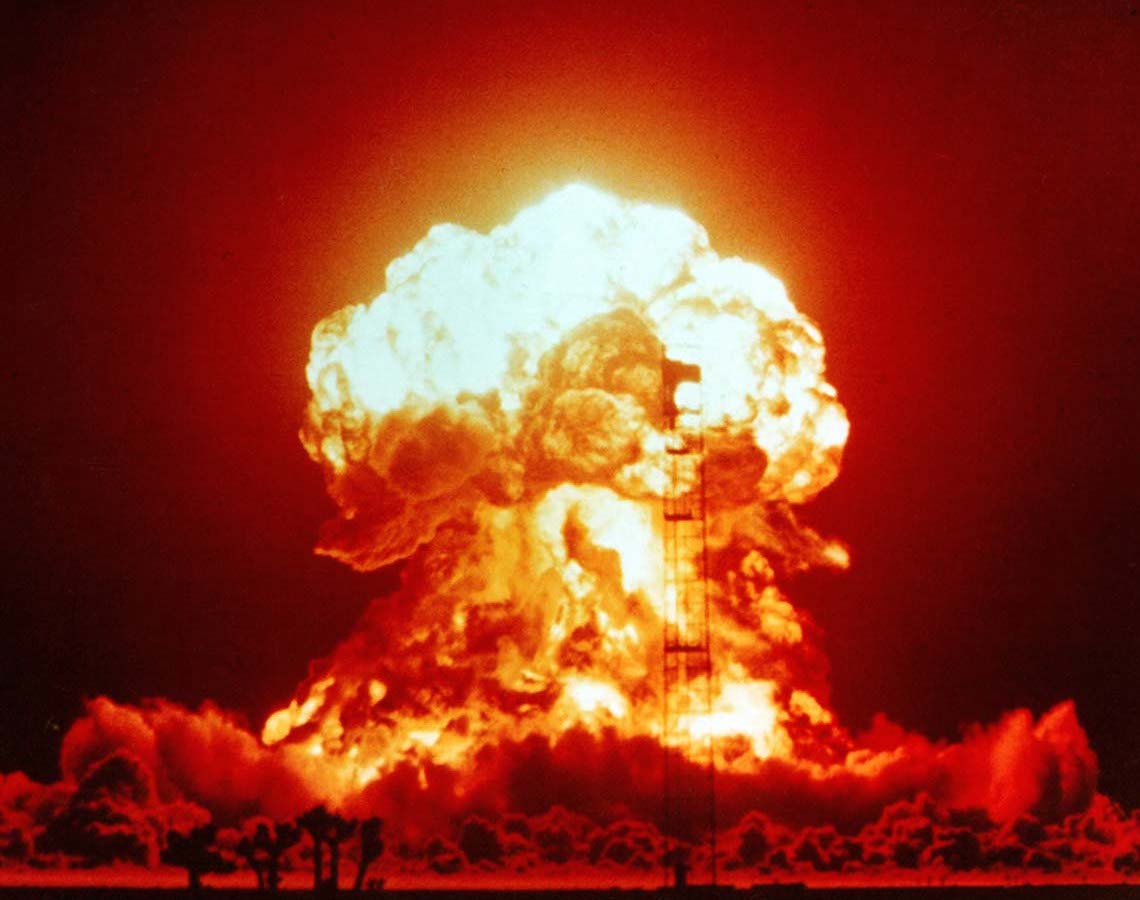 Radioactive carbon released into the atmosphere from nuclear bomb tests has reached the deepest parts of the ocean, reveals a new study.

Researchers have found the first evidence of radioactive carbon from nuclear bomb testing in muscle tissues of crustaceans that inhabit Earth’s ocean trenches, including the Mariana Trench, home to the deepest spot in the ocean.

They say organisms at the ocean surface have incorporated “bomb carbon” into the molecules that make up their bodies since the late 1950s.

The new study, published in the journal Geophysical Research Letters, finds crustaceans in deep ocean trenches are feeding on organic matter from the organisms when it falls to the ocean floor.

The findings show human pollution can quickly enter the food web and make its way to the deep ocean, according to the study’s authors.

Study lead author Dr Ning Wang, a geochemist at the Chinese Academy of Sciences, said: “Although the oceanic circulation takes hundreds of years to bring water containing bomb carbon to the deepest trench, the food chain achieves this much faster.”

Co-author Dr Weidong Sun said: “There’s a very strong interaction between the surface and the bottom, in terms of biologic systems, and human activities can affect the biosystems even down to 11,000 metres, so we need to be careful about our future behaviours.

“It’s not expected, but it’s understandable, because it’s controlled by the food chain.”

The research team said that their results also help scientists better understand how creatures have adapted to living in the nutrient-poor environment of the deep ocean.

They say the crustaceans they studied live for an unexpectedly long time by having extremely slow metabolisms, which they suspect may be an adaptation to living in such a harsh environment.

Carbon-14 is radioactive carbon that is created naturally when cosmic rays interact with nitrogen in the atmosphere.

Scientists can detect it in nearly all living organisms and use it to determine the ages of archaeological and geological samples.

Thermonuclear weapons tests conducted during the 1950s and 1960s doubled the amount of carbon-14 in the atmosphere when neutrons released from the bombs reacted with nitrogen in the air.

Levels of “bomb carbon” peaked in the mid-1960s and then dropped when atmospheric nuclear tests stopped.

By the 1990s, carbon-14 levels in the atmosphere had dropped to about 20 per cent above their pre-test levels.

The bomb carbon quickly fell out of the atmosphere and mixed into the ocean surface.

Marine organisms that have lived in the decades since that time have used bomb carbon to build molecules within their cells, and scientists have seen elevated levels of carbon-14 in marine organisms since shortly after the bomb tests began.

The deepest parts of the ocean are the hadal trenches, those areas where the ocean floor is more than four miles below the surface.

Amphipods are a type of small crustacean that live in the ocean and get food from scavenging dead organisms or consuming marine detritus.

In the new study, researchers wanted to use bomb carbon as a tracer for organic material in hadal trenches to better understand the organisms that live there.

Dr Wang and her colleagues analysed amphipods collected in 2017 from the Mariana, Mussau, and New Britain Trenches in the tropical West Pacific Ocean, up to seven miles below the surface.

They found carbon-14 levels in the amphipods’ muscle tissues were much greater than levels of carbon-14 in organic matter found in deep ocean water.

The team also discovered that amphipods living in the trenches grow larger and live longer than their counterparts in shallower waters.

The researchers suspect the amphipods’ large size and long life are likely to be the byproducts of their evolution to living in the environment of low temperatures, high pressure and a limited food supply.

Dr Wang said: “Besides the fact that material mostly comes from the surface, the age-related bio-accumulation also increases these pollutant concentrations, bringing more threat to these most remote ecosystems.”

Dr Rose Cory, an Associate Professor of earth and environmental sciences at the University of Michigan who was not involved in the study, said the findings show that even deep ocean trenches are not isolated from human activities,

She added: “What is really novel here is not just that carbon from the surface ocean can reach the deep ocean on relatively short timescales, but that the ‘young’ carbon produced in the surface ocean is fueling, or sustaining, life in the deepest trenches.”