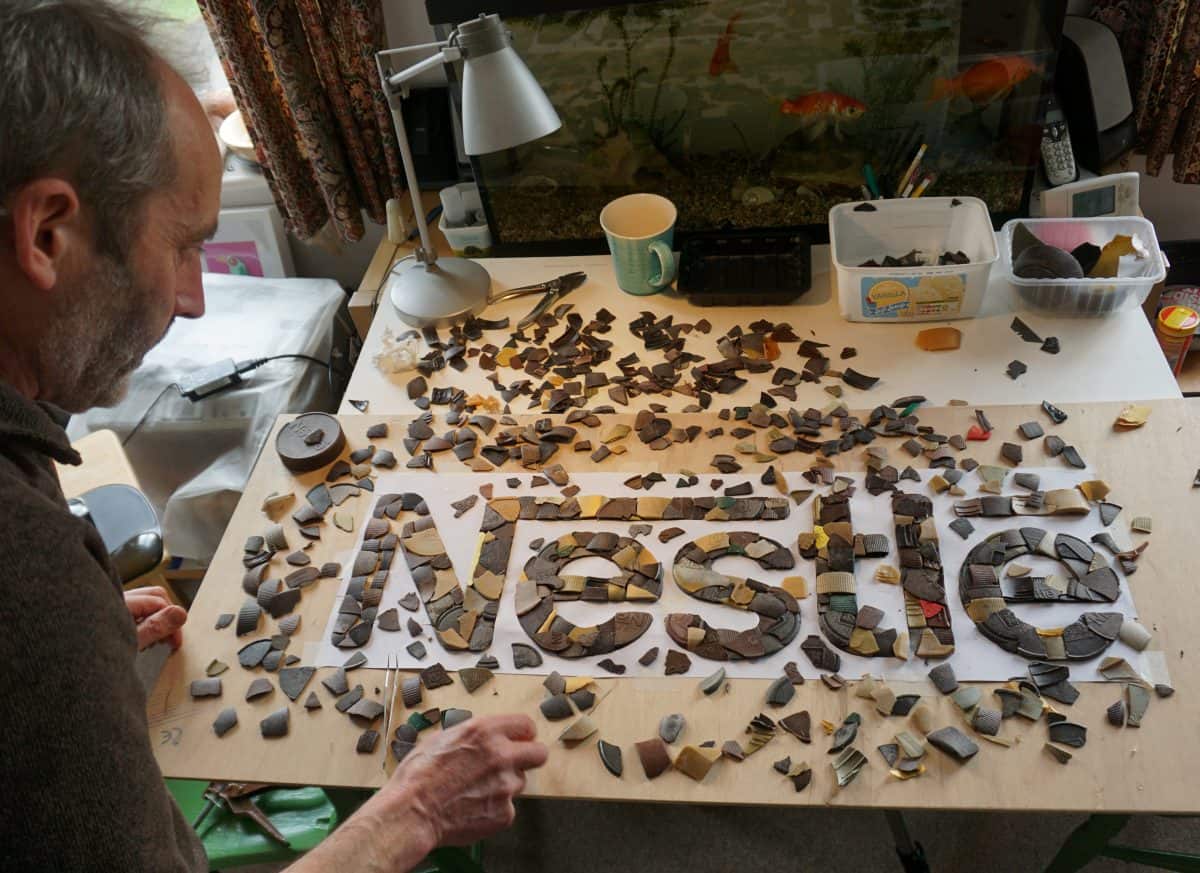 An artist has created the Nestle logo with plastic waste from the company’s products that washed up on a British beach.

Rob Arnold, 60, made the unique sculpture out of packaging from Nestle products, including coffee containers, and recreated the distinctive lettering.

He said that he found all the plastic he needed with a 100m stretch of beach, and he made the artwork to encourage others to rethink their plastic use.

Now Rob, from Liskeard, Cornwall, is calling on food giants such as Nestle to rethink their plastic use.

He said: “It’s the first time I’ve named and shamed a company but I felt it was time to act.

“It dawned on me to make it when I was going through a bucket of plastic.

“I like to think that every piece I find has a story and I was finding a lot of Nestle logos.

“Thanks to their very recognisable name I was able to recognise their material quite easily.”

Rob has been making sculptures from plastic he has found on Tregantle Beach for about five years.

Nestle said it wanted to “make sure the plastic we do use can be recycled”, but Rob said the move was “not enough”.

He continued: “They need to be doing something to reduce the use of plastic packaging.

“I think some pieces are 30 years old.

“I hope that my piece of art will make Nestle and other firms think more seriously about plastic pollution, about how they make their products.

“This has been collected on one beach so it shows the size of the problem.”

Anna Turrell, Nestle UK and Ireland head of sustainability, said the firm wanted to “get to a stage where none of our packaging is ending up in landfill or as litter”.

She said: “Plastic pollution is a huge, complex challenge and we are determined to look at every possible solution.”