Derbyshire council said it will remove a pub sign that has been likened to a gollywog ‘with immediate effect’. 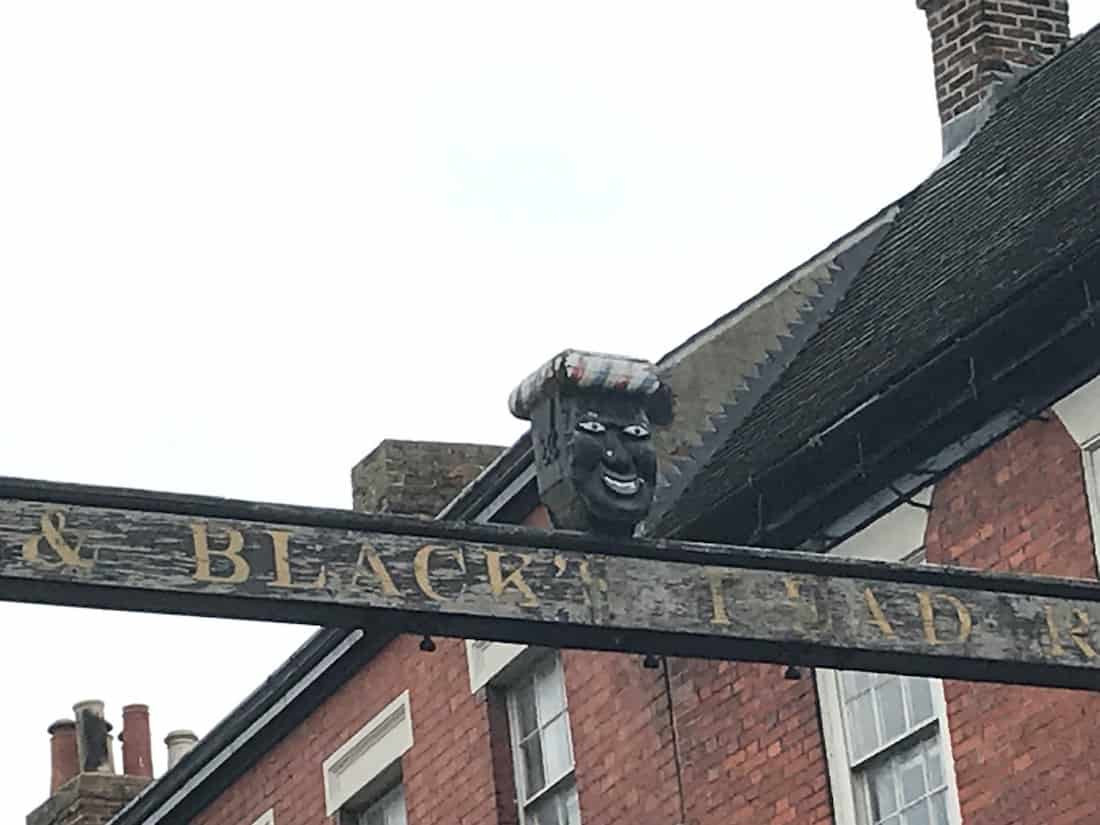 A “racist” pub sign which has been likened to a gollywog will be removed “with immediate effect” following mounting pressure from campaigners to have it taken down.

Thousands of people signed a petition demanding the removal of a caricature of a black man atop the 18th century Greenman pub sign in Ashbourne, Derbyshire.

The petition, which has amassed more than 28,000 signatures by Monday afternoon, drew inspiration from an anti-racism demonstration in Bristol, which saw protesters topple the statue of slave trader Edward Colston before dragging and heaving the bronze monument into the harbour.

The Grade II-listed pub sign, which arches over St John’s Street, depicts the face of a black man, which one 20-year-old anthropology student from the town – who did not want to be named, said resembled a gollywog, a 19th century rag doll which is largely considered racist.

“I think people are ashamed of it,” she said.

“Having it in the middle of the street in a small town is so unwelcoming.

“It should have been taken down a long time ago and put in a museum.”

“I think it’s important we address our history, we can’t change it but this shouldn’t be displayed in the public eye.

“It should be in a museum where we can learn about it with a description to contextualise it.”

Their demands have prompted Derbyshire Dales District Council’s decision to remove the monument from the sign.

A council spokesman said: “We’re removing the head from the sign with immediate effect.

“We agree that the sign itself is not only a public safety concern right now, but that this is an issue that requires urgent discussion and consultation.

“The sign was gifted to the district council a number of years ago and is currently protected by a Grade II structure listing.

“Legally, only Heritage England or the Secretary of State can remove this listing, which means we need to take on board the views of our own councillors and local people before taking forward any representations. This will happen soon.”

However, a petition has also been launched which seeks to keep the monument in place, with supporters stating it is a part of history.

On the petition page, which has garnered more than 2,700 signatures, organiser Shaun Redfern described the sign as a tourist attraction which “should be kept because of the history for the town”.

With the growing surge in support for the Black Lives Matter movement, which has sparked global protests following the death of George Floyd at the hands of Minneapolis police, a number of petitions have emerged online demanding controversial monuments in the UK are taken down.

In Edinburgh, a petition was launched to remove the statue of slave owner Henry Dundas in St Andrew Square and for streets bearing his name to be renamed.

Petition organiser and local resident Nancy Barrett, 22, said: “I feel as though Scotland’s involvement in the slave trade has been silently swept under the rug and a lot of people think Scotland is innocent, which isn’t the case.

“The height of the statue alone shows how highly Henry Dundas was thought of when it was erected.

“If it were to be removed it would denounce the glorification of him, and force people to learn about who he really was.

“The longer it stays up, the longer Scotland is denying its past by refusing to amend something that should have happened years ago.”

In Wales, Cardiff’s first black Lord Mayor Dan De’Ath is calling on local councillors to remove the statue of Sir Thomas Picton, stating it was “no longer acceptable” for it to remain in City Hall.

In a letter to the leader of Cardiff Council, he said: “As you may be aware, Picton was celebrated for his role in the Peninsular War and for being the highest-ranking officer killed at Waterloo.

“Picton also served as governor of Trinidad where he oversaw an authoritarian and highly brutal regime.”

He continued: “Picton was also accused of the execution of a dozen slaves and his considerable fortune was due in a large part to the slave trade.”

Another petition was launched to take down the statue of Robert Clive, known as the Clive of India, in The Square in Shrewsbury, Shropshire, which described the 18th century figure as “nothing more than an figure of oppression and white supremacy”.

Similarly, thousands of people have signed two new petitions calling for the statue of British colonialist Cecil Rhodes to be taken down at Oriel College at the University of Oxford.