"Sorry a theatre production about Grenfell, has everyone even been rehomed?", one person said. 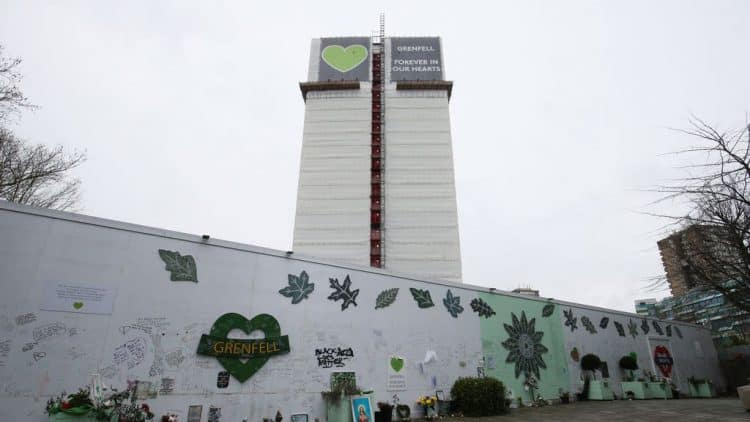 Questions have been raised over the timing of a new theatre production based on the Grenfell Tower tragedy.

Grenfell: Value Engineering will run from 13th October to 13th November at the Tabernacle in Notting Hill and subsequently at Birmingham Rep from 16th to 20th November.

The play, a not-for-profit production, is edited by Richard Norton-Taylor and directed by Nicolas Kent, with casting by Amy Ball at CDG.

It is set to run despite some of the affected households still living in temporary accommodation nearly four years after the tragedy.

An article published this weekend also suggests the towers could be demolished, much to the dismay of survivors.

Grenfell United, a group for survivors and bereaved families, said: “It is with shock that we read the Sunday Times article today, given the promise by the Government that no decision would be made on the future of the tower without full consultation with the bereaved and survivors.

“The Government has engaged with fewer than 10 of the bereaved and survivors on this matter, to date, and with such a wide range of viewpoints across all affected families, we struggle to understand why this would be pushed through so quickly.

“Given what we went through, safety has always been paramount and we have had previous assurances that the tower can be kept safe for as long as it needs to be, and that it poses no risk to the community around it.

“Given the limited legislation passed since the Grenfell fire to keep people safe in their homes, the glacial process of removing flammable cladding and the daily reports of the links between the Government and the construction industry, it seems to us that removing Grenfell from the skyline while the inquiry and police investigation still continues to only serve those accused or those that haven’t acted.”

He said: “I’m so pleased and proud to be part of Grenfell: Value Engineering. An incisive, insightful and important play.

“I can only hope it will help to clarify our understanding of the causes of this terrible and unnecessary fire, and make some contribution towards avoiding a similar tragedy in the future.”

But the reaction to the production has been mixed.

Cool to live in a country that'll deliver Grenfell: The Musical before any sort of justice for the victims https://t.co/SSvxYTIQWm

Sorry a theatre production about Grenfell, has everyone even been rehomed? Straight to hell. https://t.co/bUDPC6K8sN

There is nothing inherently wrong with making a show about Grenfell.

There is a lot wrong with making a show that focuses on bureaucracy, with an all-white cast, staged at a theatre that betrayed its community, while Grenfell families are without homes or justice.

I was Community Producer at the Bush theatre when Grenfell happened. I remember frantically phoning our groups to check they were ok.The shock & panic & pain on people’s faces.Passing that shell of a building every morning. I can’t speak for the families but this feels very wrong https://t.co/6cFrb4c2Vy

there are victims from Grenfell who STILL have not been properly rehoused and are STILL waiting for proper support. to commercialise their pain and trauma like this is disgusting. cancel it and rethink yourselves https://t.co/xwsMNbye9F