The Sussexes will stop carrying out royal duties from the spring. 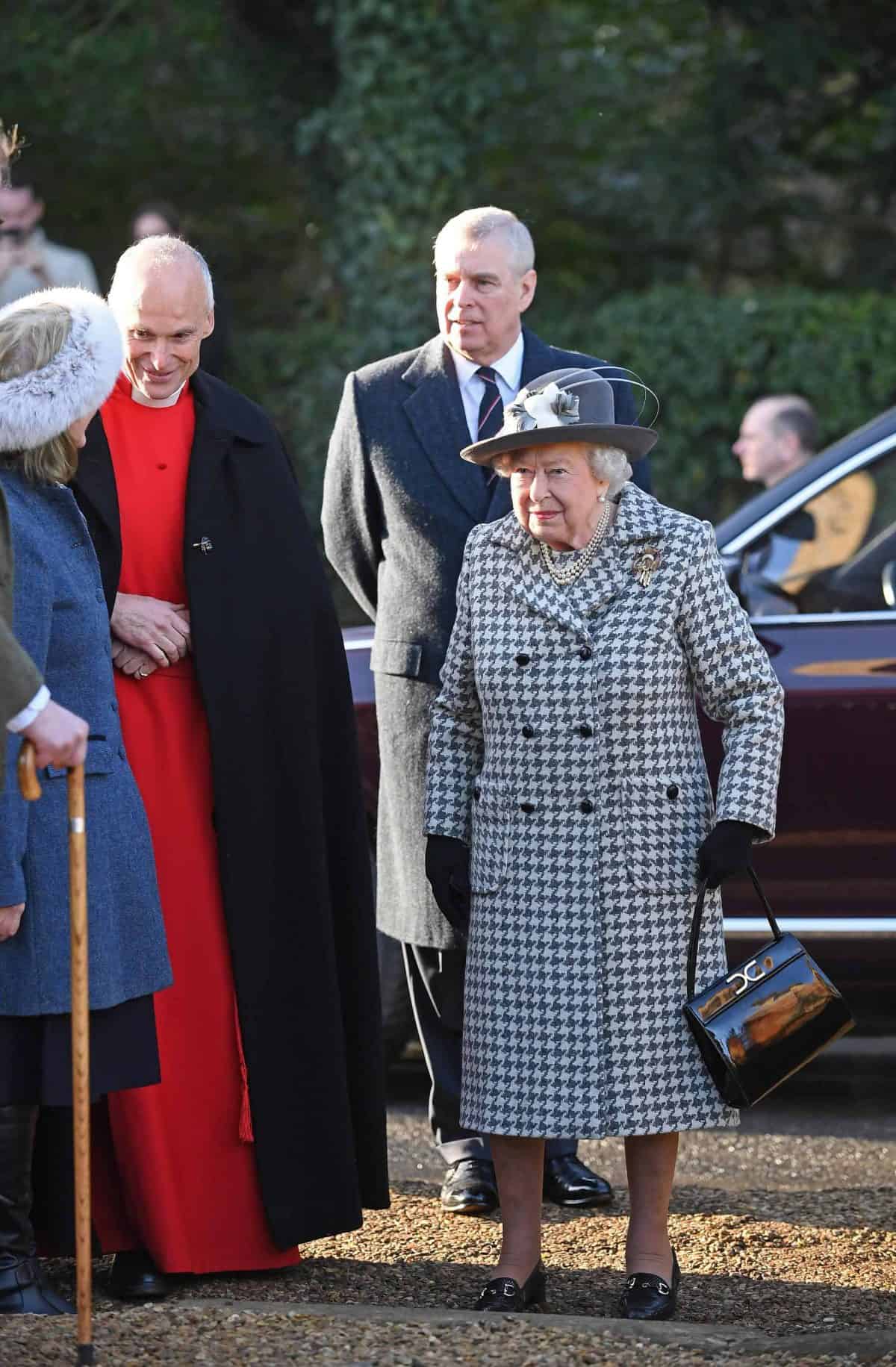 The Queen has made her first appearance following the announcement that the Duke and Duchess of Sussex will be stepping back from the royal family.

The Duke of York joined the Queen at St Mary the Virgin church in Norfolk to attend a Sunday service.

Wearing a grey houndstooth checked dress and matching coat with a grey hat, the monarch smiled broadly as she arrived at the church in Hillington close to her estate.

In a statement issued after royal family talks concluded on Saturday, the Sussexes announced they will stop carrying out royal duties from the spring, no longer use HRH and will repay the taxpayers’ millions spent on their Berkshire home.

Harry and Meghan said that under the agreement they understood they were “required” to step back from royal duties.

The Queen said she recognised the “challenges” the couple had faced over the past year, and added: “I want to thank them for all their dedicated work across this country, the Commonwealth and beyond, and am particularly proud of how Meghan has so quickly become one of the family.

Karen Astoe, 55, from Dudley in the West Midlands, came to see the Queen attend church.

She said the monarch appeared in high spirits despite Harry and Meghan’s decision.

“She’ll just take it in her stride won’t she, she’ll be fine,” said Ms Astoe. “She looked very happy.”

Royal fan Rosie Viles, from nearby Hunstanton, came to the church with her six-year-old granddaughter Imogen Viles.

She said the issue of Megxit, as it has been dubbed by the media, would have been “stressful” for the Queen, “but she sorts it all out, always does”.

“It’s not a surprise what has happened,” said Mrs Viles. “It’s sad but it’s his decision.

“He perhaps thinks of his mum and doesn’t want the pressure for his wife and child.

“I think that now they’ve agreed to pay back Frogmore I think a lot of people will appreciate that.”

Harry and Meghan said they would like to repay the £2.4 million of taxpayers’ money that was spent on refurbishing their grade-II listed home near Windsor Castle, Frogmore Cottage.

Well-wisher Alex Wilson, 42, of Kettering, Northamptonshire, stood near to the church with his family.

He said news that the Sussexes were leaving the monarchy must have been “stressful, difficult, upsetting” for the Queen, adding: “She’s a great lady.”

The announcements from the young royals have raised fresh questions about Andrew’s ongoing role in the royal family.

The Duke of York stepped down from royal duties in November following his disastrous Newsnight interview over his relationship with convicted sex offender Jeffrey Epstein.

However, Andrew has so-far kept his HRH title.

He reportedly faces changes to his security in the wake of Harry and Meghan’s decision to leave the monarchy and split their time between the UK and Canada.

The Evening Standard reported the Home Office is recommending a major downgrade of security for the Queen’s second son after a Scotland Yard review.

Harry and Meghan, like Andrew, have personal protection officers from the Metropolitan Police, paid for by taxpayers.

But the change in roles for the Sussexes, relocation and removal of public funds, meant their security and its funding formed part of the crisis talks.

After the allegations first surfaced in August, Andrew’s TV interview sealed his fate when he was accused of lacking empathy for Epstein’s victims and of failing to show regret over his friendship with the disgraced financier.

Virginia Giuffre, who claims she was trafficked by Epstein, gave an interview to BBC Panorama and said she was left “horrified and ashamed” after an alleged sexual encounter with Andrew in London in 2001.

Since the interview, the duke has resigned a large number of his major patronages.