The move means no bars will be open in the area for St Patrick’s Day, one of the busiest days in the Irish tourism calendar. 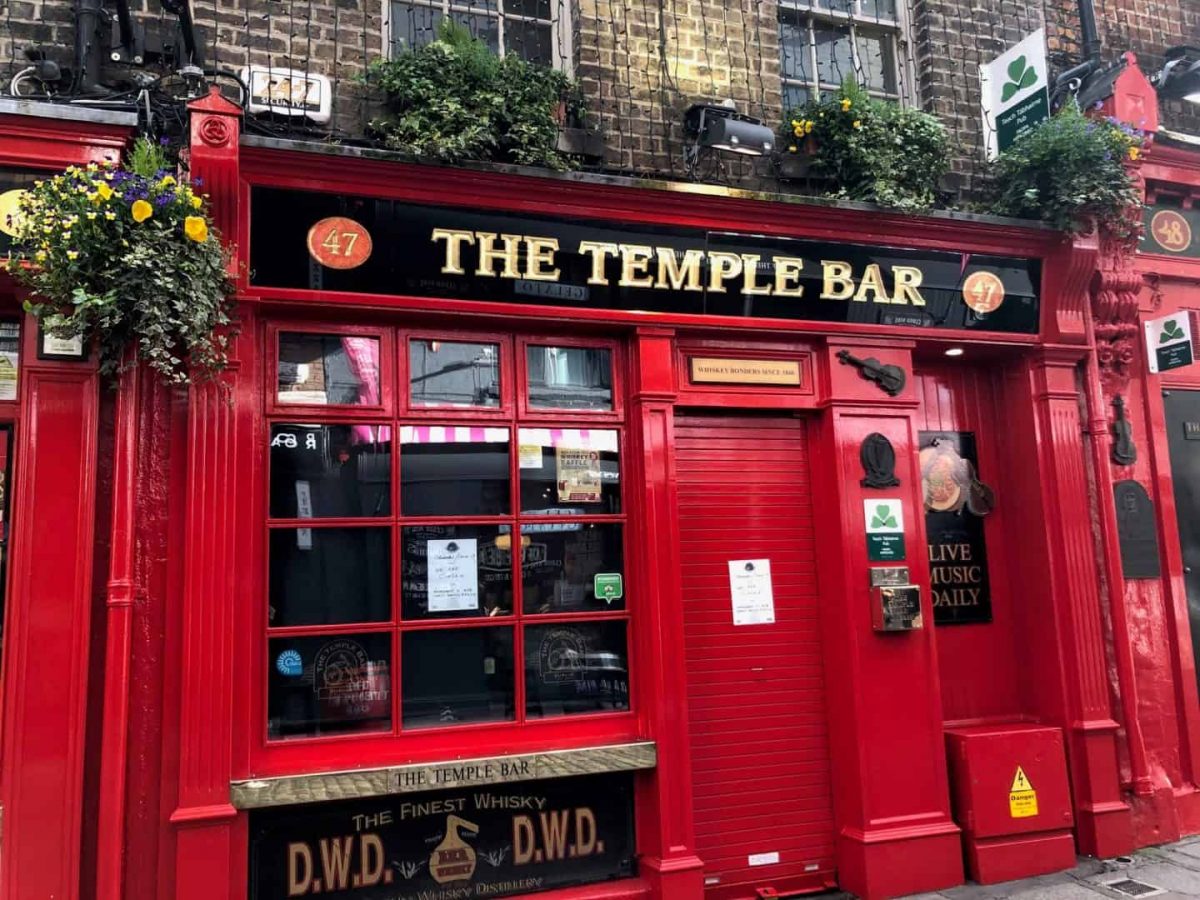 The Irish Government is calling on all pubs and bars in the Republic to close from tonight in response to the coronavirus outbreak.

In a statement, the Government said: “Following discussions today with the Licensed Vintners Association (LVA) and the Vintners Federation of Ireland (VFI), the Government is now calling on all public houses and bars (including hotel bars) to close from this evening (March 15) until at least March 29.

“The LVA and VFI outlined the real difficulty in implementing the published Guidelines on Social Distancing in a public house setting, as pubs are specifically designed to promote social interaction in a situation where alcohol reduces personal inhibitions.

“For the same reason, the Government is also calling on all members of the public not to organise or participate in any parties in private houses or other venues which would put other peoples’ health at risk.”

It comes as publicans in Dublin’s Temple Bar announced a complete shutdown of all bars and nightclubs with immediate effect.

The move means no bars will be open in the area for St Patrick’s Day, one of the busiest days in the Irish tourism calendar.

Martin Harte, of the Temple Bar Company, said the decision was taken voluntarily “this is the owners of all pubs sitting down and deciding this is the best thing to do in terms of public health and safety”.

Mr Harte said the problem is that social distancing and limiting of numbers is impossible to enforce in bars.

It comes as the Irish Government may seek enforcement powers to ensure that the ban on indoor mass gatherings of more than 100 people applies to pubs and clubs.

Taoiseach Leo Varadkar has urged people who socialised in pubs and clubs at the weekend to avoid the elderly and people with chronic diseases, to stop the spread of Covid-19.

He tweeted: “No indoor mass gatherings of more than 100 people applies to pubs & clubs. Have asked NPHET for further expert guidance on this. May seek enforcement powers from Dail/Seanad.”

His message comes despite restrictions on mass gatherings in the Republic of Ireland and guidelines on social distancing.

On Saturday night, Health Service Executive chief Paul Reid also urged pubs to “wise up quick” after videos of people crowding into them.

Some pubs and bars across the country have voluntarily opted to temporarily close as the Department of Health advised people should try to keep two metres between themselves and others.

In a tweet, Health Minister Simon Harris said crowds gathering in small spaces was an “insult” to the efforts of healthcare workers.

On Sunday morning, Fianna Fail leader Micheal Martin said: “The advice on what each of us needs to do is clear, we all need to follow that advice, not just for our own health, but for the benefit of all those around us.”

“Each one of us needs to think of vulnerable people in our midst and ask ourselves what we can do to help them through this.”

Sinn Fein leader Mary Lou McDonald urged people to avoid socialising in pubs and to keep all social contact to a minimum.

Hospitality Ulster chief executive Colin Neill called on the industry to introduce social distancing in Northern Ireland to limit the spread of Covid-19.

“The health of the nation is paramount, as is the health of our staff, but it is also important that we try and ensure people will have jobs to return to once this crisis is over,” he said.