Half a dozen protestors in cars and camper vans blockaded an Aldi depot, seemingly for the reason that the firm originates in Germany. The xenophobic protestors blocking off the road in front of the multinational supermarket chain’s Merseyside centre were spotted brandishing Union Jacks. “This is Brexit at it’s best,” one bellowed through a megaphone. […] 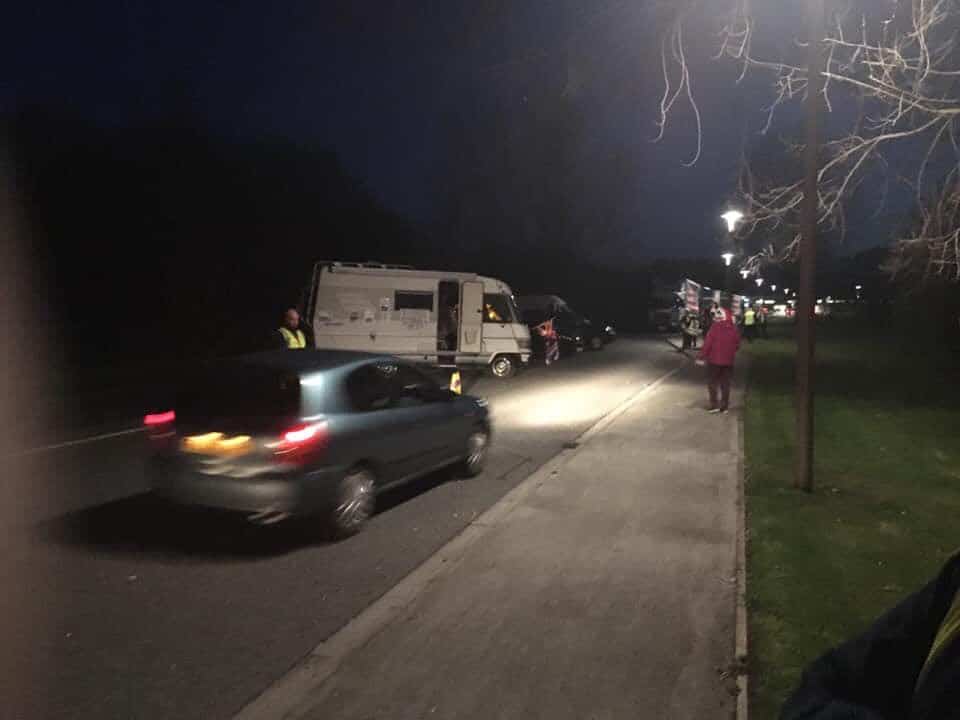 Half a dozen protestors in cars and camper vans blockaded an Aldi depot, seemingly for the reason that the firm originates in Germany.

The xenophobic protestors blocking off the road in front of the multinational supermarket chain’s Merseyside centre were spotted brandishing Union Jacks.

“This is Brexit at it’s best,” one bellowed through a megaphone.

‘Alexa – show me the stupidest Brexit protest to date,’ tweeted Liam Thorp who covered the story for the Liverpool Echo.

“It is not clear at this stage whether the protest at Neston Aldi has had any effect on the ongoing Brexit negotiations,” he wrote.

Others were quick to point out that the protest to stop affordable fresh European groceries by the German supermarket chain, involved using European vehicles.

Others warned of the more serious side of such racism rearing its ugly head.

“This may seem funny, but while a small protest we need to recognise that stuff like this is the result of the growing Germanophobia we’ve been seeing over the last few months. People like Mark Francois have helped stir it up since January,” warned Professor Tanja Bueltmann.

The academic had previously called out the Tory Brexiteer ultra MP’s offensive remarks about the “Teutonic” boss of Airbus when Airbus issued a reality check on the affects of a no deal Brexit on its ability to operate in the UK.

“10 years ago on this day I, a German, arrived in the UK… Not only am I now forced to apply to stay, I also have to listen to a British MP, Mark Francois, and his reprehensible Germanophobia on live TV,” she complained.