Remember Tory arch Brexiteer and trouble-maker Mark Francois? Many accused the MP for Rayleigh and Wickford of racism when he reacted to Airbus CEO Tom Enders warning about the implications of a no-deal Brexit for the aerospace firm’s UK operations by snapping: “Mr Enders’ intervention is a classic example of the sort of Teutonic arrogance, […] 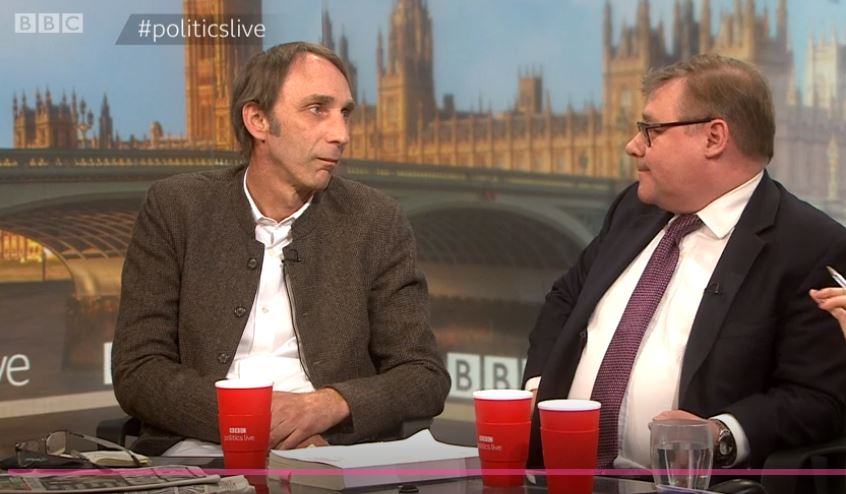 Many accused the MP for Rayleigh and Wickford of racism when he reacted to Airbus CEO Tom Enders warning about the implications of a no-deal Brexit for the aerospace firm’s UK operations by snapping: “Mr Enders’ intervention is a classic example of the sort of Teutonic arrogance, which is one of the reasons why many people voted to leave the European Union.”

Today the MP was involved in another race row live on TV, this time in a raging argument with writer Will Self unpicking recent allegations about racism, islamophobia and anti-Semitism and politics.

In a fiery debate, Will Self claimed every racist and anti-Semite in the country “probably voted for Brexit”.

Mark Francois MP blustered that the claim was “a slur on 17.4m people” and that the writer should apologise for an “outrageous thing to say.”

Will Self tired to explain to the MP that the assertion did not mean that everybody who voted Brexit was a racist or anti-Semite, just that people that were probably voted Brexit.

“How do you possibly know that? I think you should apologise,” fumed Francois.

“To who? Racists and anti-Semites?” replied Self.

Watch the exchange – mainly for the deathly stare off at the end: