The Secret Barrister tweeted: “I suggest that @pritipatel start following @attorneygeneral. Might save future embarrassment/imprisonment.” 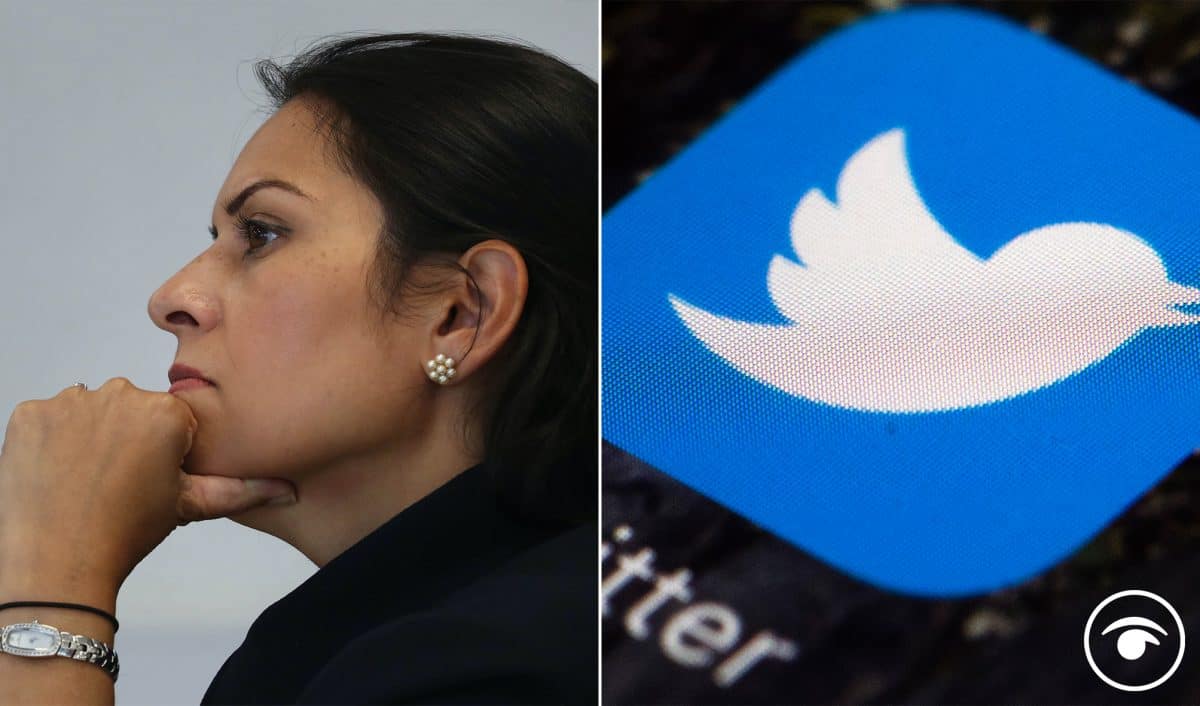 Priti Patel caused a legal storm with an “ill-advised” tweet about the deaths of 39 migrants while the people-smuggling trial was going on.

On October 23, the anniversary of the tragedy, Priti Patel’s Twitter account posted: “One year ago today, 39 people lost their lives in horrific circumstances at the hands of ruthless criminals.

“My thoughts remain with everyone who was affected by that day, particularly the loved ones of the people who so tragically died.”

The comments were made as the prosecution of four alleged people-smugglers linked to the deaths was continuing at the Old Bailey.

Commenting on the post, one man wrote: “Dear Home Secretary. There is an active criminal trial ongoing.

“Your comments are ill advised and in case you are not au fait with such things, in contempt of court.”

The post was retweeted and liked more than 300 times before it came to the attention of a defence lawyer and the trial was halted.

In the absence of the jury, Alisdair Williamson QC complained about the description of “ruthless criminals”, especially as she was a senior Government minister.

He said: “It is unhelpful to say the least and a lot worse could be said.

“I don’t know whether the court can invite the Government to delete that tweet?”

Prosecutor Bill Emlyn Jones said: “Contact was made with the Home Secretary’s office but I have not been updated on any response.”

Before he sent jurors home for the weekend, Mr Justice Sweeney warned them to ignore comments on social media from politicians.

He said: “It is a year today since the bodies of the victims were found.

“No doubt the anniversary will be commented on whether in mainstream media or social media.

“And whether by politicians, likewise journalists or others, inevitably there is a risk that such comments may assert or imply guilt of amongst others the men who are in your charge, two of whom are charged with the manslaughter of the victims.

“You must ignore any such comments.

“It’s a fundamental principle of our criminal justice system that those on trial are presumed to be innocent until proven to be guilty and it is you and you alone who are going to decide whether they are guilty or not guilty.”

The tweet was live for more than an hour before it was deleted.

Later, the lawyer and author known as the Secret Barrister tweeted: “I suggest that @pritipatel start following @attorneygeneral.

The incident came amid growing tension between Government and the legal profession.

The Home Secretary and Prime Minister Boris Johnson had faced repeated calls to apologise for “hostile” comments about the profession.

On the same day as Ms Patel’s tweet, Mr Justice Sweeney had also presided over a preliminary hearing for a man charged with a terrorist plot to kill a solicitor over his role in representing immigrants.