It is the first time that hunting has been suspended en masse since February 2001 - during the foot-and-mouth outbreak. 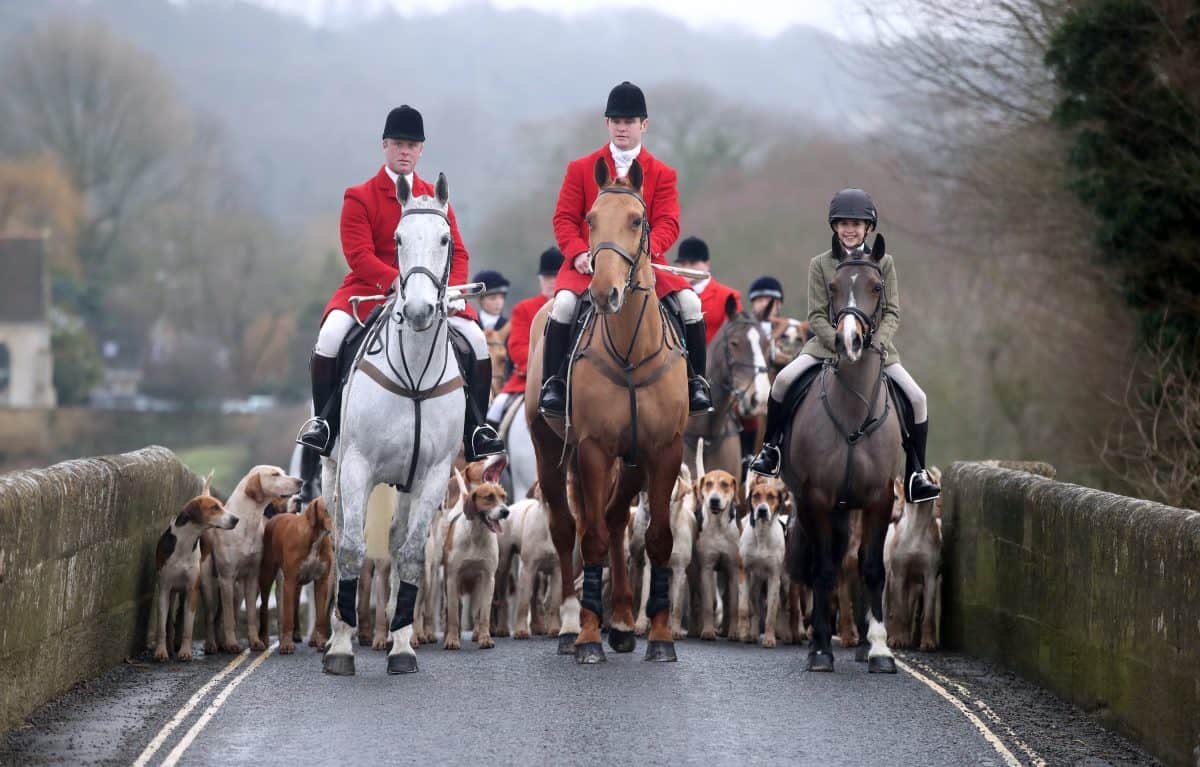 The Boxing Day hunt – one of the most controversial traditions in the country – has been cancelled.

An estimated 250,000 people tend to gather on Boxing Day to watch their local pack of hounds meet on village greens, at pubs and in town centres across the UK – making it the biggest event in the hunting calendar.

Earlier this year, the executive body for trail-hunting – The Hunting Office – sent a bulletin to roughly 250 packs across England and Wales telling them to cancel.

“The hunting community needs to take the lead during these extraordinary times and act respectfully and responsibly to help the fight against coronavirus … and to ensure the wellbeing of the local community who are so supportive each and every year,” a statement said.

It is the first time that hunting has been suspended en masse since February 2001 – during the foot-and-mouth outbreak. Some hunts – including one in Kent – had hoped to proceed this year, but were forced to scrap plans in the wake of increased, tier 4 coronavirus restrictions.

A spokesman for the East Kent hunt said they had “no choice” but cancel, adding it was “disappointing for all our supporters but inevitable”.

“The masters could obviously not allow an event which encourages large gatherings of people and would clearly be irresponsible,” he said. “In fact, the decision was taken a few weeks ago because even in Tier 3, we were limited to six people. But the hounds are still being taken out for regular exercise.”

Last month, Environment Secretary George Eustice said there was a “settled consensus” for the Hunting Act to remain unchanged, amid controversy that trail-hunting was being used as a “smokescreen” for the banned practice.

His intervention came after the National Trust and Forestry England decided to suspend licences for trail hunting on their land while police investigate webinars by the governing body The Hunting Office, which discussed the activity.

Trail hunting is a legal activity which involves following a scent along a pre-determined route with hounds or beagles to replicate a hunt, but animal rights campaigners argue it offers little protection for foxes.

Mr Eustice said that despite there being “strongly held views” on both sides of the debate, there are no plans to change the Hunting Act, which has banned fox hunting since 2005.

Speaking to ITV News, he said: “At a political level, there’s a settled consensus now that the Hunting Act should stay.”