Prince Charles embarked on a mini walkabout and was soon completely surrounded by people. 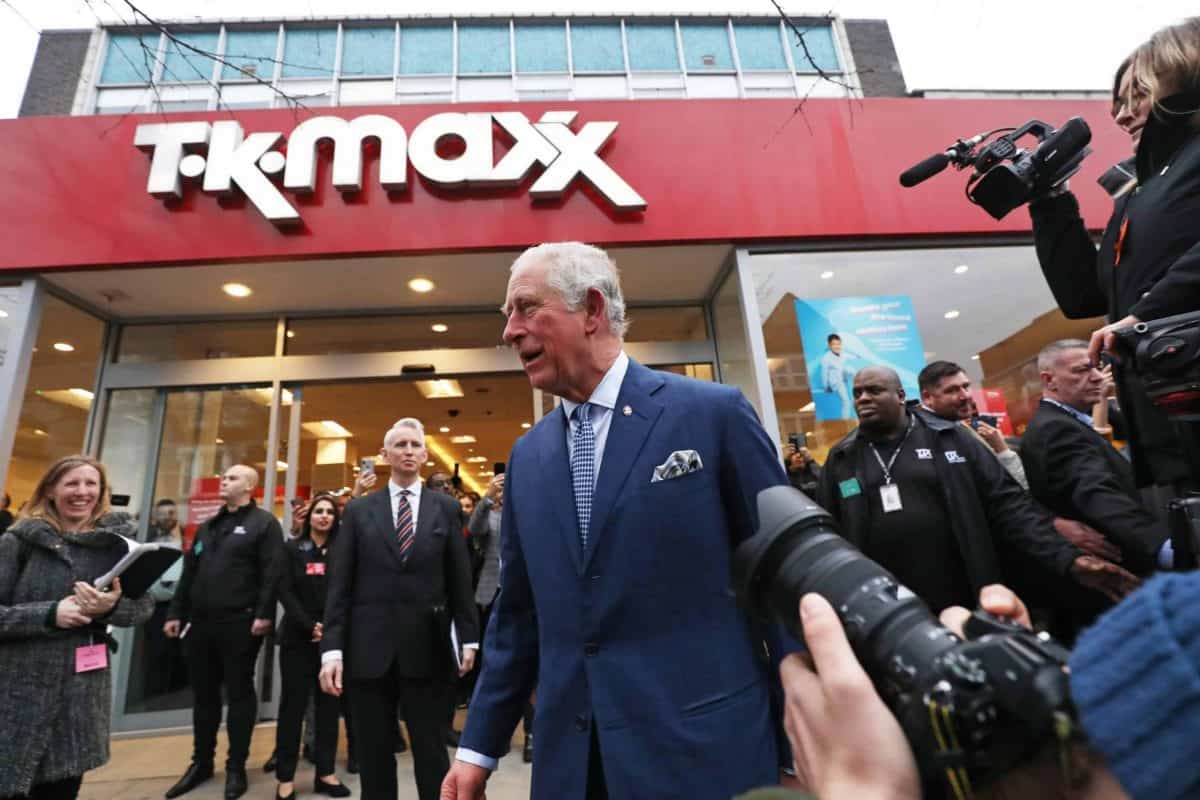 The Prince of Wales has visited TK Maxx for the first time, and hailed the budget retailer as “amazing”.

Charles met young people who have participated in the company’s Get into Retail programme with The Prince’s Trust on the shop floor in Tooting, south London.

The prince told one staff member that he did not expect the store to be so “bright” and “luxurious” as he walked through the clothing and homeware aisles.

A huge crowd had gathered on the street outside and when he left there were dozens of people keen to shake his hand or take a photo. Instead of heading straight for his car, he embarked on a mini walkabout and was soon completely surrounded by people.

On his way out, he said: “I’m really worried we’ve stopped all the customers coming in.”

Rachel Crawford, 29, from London, is a team leader in the Tooting sore and chatted to Charles about her experience of doing a six-week retail course in conjunction with The Prince’s Trust before taking up employment in TK Maxx.

Speaking about what Charles thought of the store, Ms Crawford said: “He walked in and said it was amazing. He didn’t expect it to be so bright and so luxurious, the way everything’s displayed. He said it was very fresh. And he liked how the layout of the store looked.

“He was happy with the layout of the store.”

She said he asked her how she manages “not so friendly customers”, adding: “I said ‘I kill them with kindness, I give them this smile’. He laughed.”

Ms Crawford said if she was to bring Charles to a particular section of the store she would bring him to the ladies department so that he could get a nice hat or scarf for the Queen, adding that there has been a lot of cashmere in lately.

“The Queen would love to wear that,” she said.

Ms Crawford also said Charles had “very soft hands”, and said she would have liked to have asked him what moisturiser he wears. I’m so privileged that he’s actually come out of his own personal time to come to the store, to meet us one on one.

“It must be a very busy schedule,” she said.

Charles also joined a discussion with young people to hear about what it is like to be a young Londoner and the challenges they have overcome to gain stable employment.

The Prince’s Trust has helped more than 950,000 young people since it was founded by Charles in 1976.

TK Maxx has supported The Prince’s Trust since 2013 and operated a partnership with the charity that has helped more than 1,000 young people through the Get into Retail programme.

It has offered specialist training and roles to over 700 of these young people, many of whom remain employees in TK Maxx stores.