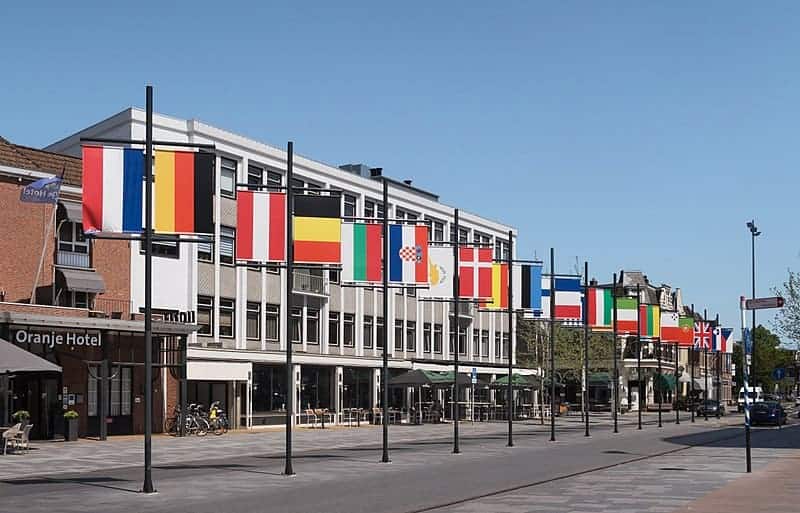 A city in the Netherlands has replaced the Union Jack with the Scottish flag following Britain’s departure from the EU last week.

The deputy mayor of Leeuwarden, Sjoerd Feitsma, came up with the idea after visiting Edinburgh for a Robert Burns festival.

The Saltire is now displayed with the flags of the remaining 27 EU nations at the city’s main railway station.

He added: “On Brexit day, the Scottish flag is prominently (and permanently) visible at the Central Station in @leeuwardenstad. We’ll leave a light on.”

People in Scotland voted by 62 per cent to 38 per cent to remain in the EU in the 2016 referendum.

Leeuwarden, which is the capital of the Friesland region in the north of the Netherlands, has a number of cultural ties with Edinburgh.

And Mr Feitsma said he had been moved by the response of Scots to Brexit – with pro-EU demonstrators staging candelit vigils in several Scottish cities on Friday evening.

He told the Dutch daily newspaper Friesch Dagblad: “I was thinking of replacing the Union Jack with an EU flag or a rainbow flag.

“I noticed what a big deal it was for the Scots that they’re no longer in the EU and that they are still flying the European flag in the Scottish Parliament.

“That’s when I thought, we could do something with this too.”

The Saltire will remain on display outside the railway station for an indefinite period of time.

Mr Feitsma said: “This isn’t an official area so we can decide for ourselves which flags we hang here.”

Related: Pound plummets as Johnson clashes with EU over what he signed before Brexit negotiations even begin