The duke is known for his excessive official travel, once costing taxpayers £378,000 in one year. 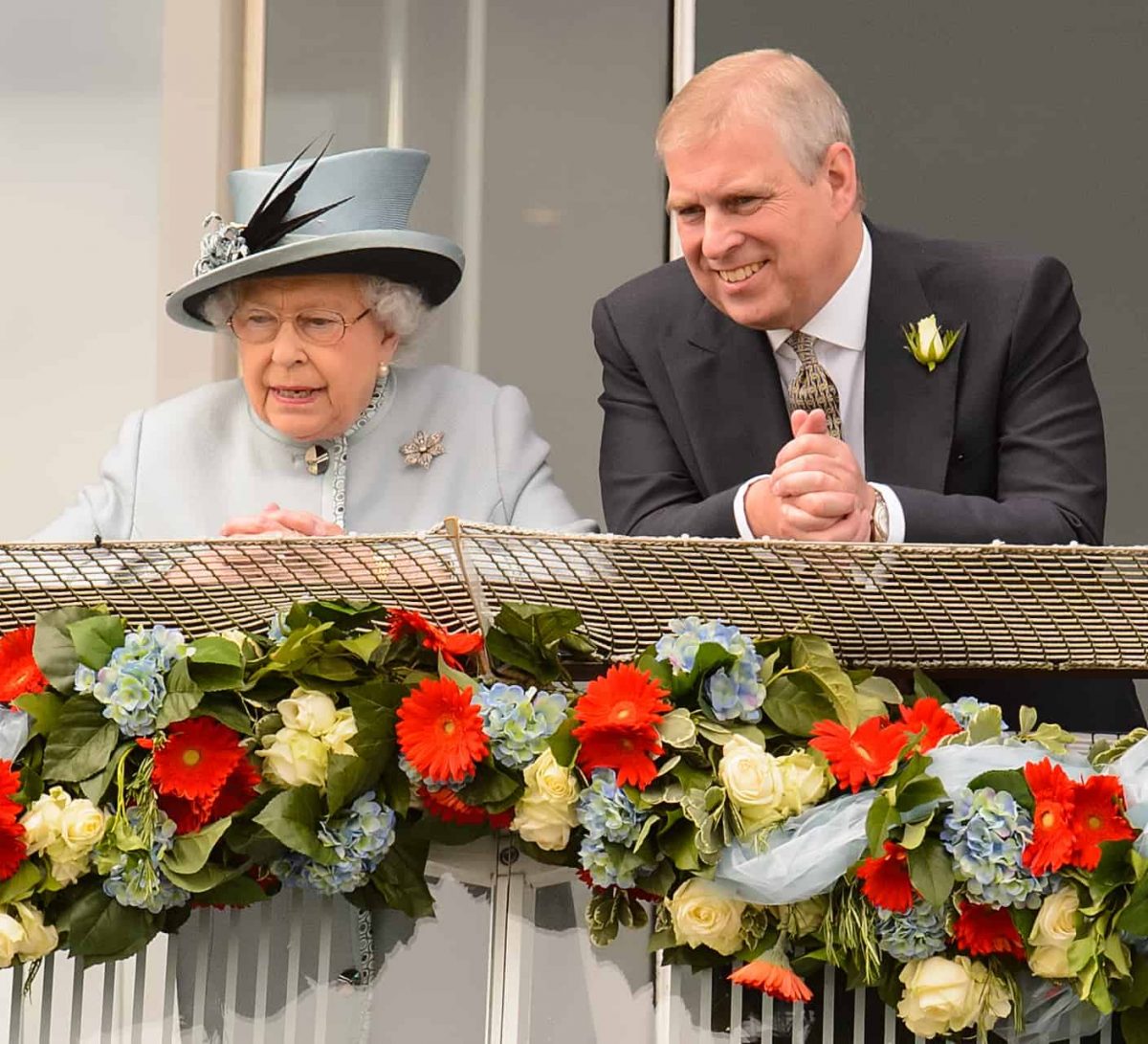 Queen Elizabeth II and the Duke of York during the Investec Derby Day at Epsom Downs Racecourse, Surrey.

The Duke of York’s financial situation is mostly bankrolled by one person – his mother the Queen – but his income is “shrouded in a fog of secrecy”, an investigator into royal finances has said.

With Andrew taking the unprecedented decision to step back from official royal duties, it will be up to the monarch to decide how much her son will continue to get from her private income – and this will never be disclosed.

The Queen receives £21.7 million a year from the Duchy of Lancaster, and uses an unknown amount of this private income to fund Andrew’s royal duties and part of his private life.

His office at Buckingham Palace – where he has seven full-time staff plus, according to his website, two secondees from business and two interns from Huddersfield University, is paid for out of this Duchy money, as are any expenses incurred from official duties.

David McClure, a television producer and writer who examined the wealth of the royal family in his book Royal Legacy, told the PA news agency: “No-one knows for sure how much he gets.

“There is a mystery as to where Andrew’s money comes from.

“We do know that he is funded by money from the Queen’s Duchy of Lancaster estate but the precise details of that are shrouded in a fog of pea-souper proportions.”

Mr McClure added: “There are also a lot of trusts knocking around. The Queen Mother left trusts. George VI left behind trusts, we think for his grandchildren, so more than likely there is trust money.

“Trusts are the traditional vehicle by which the royal family passes on their wealth.”

“I think part of the problem is maybe the Queen’s emotional attachment to her favourite son. She’s both a head of state and also a mother, she must be torn in that respect. There are expenses to be paid.”

The Duchy of Lancaster does not publish a breakdown of how the Queen spends her Duchy income, but Mr McClure called on the monarch to make her funding of the royals more transparent.

“Why can’t the Queen through her annual statement give a breakdown of what she gives Andrew, Edward, Anne and Princess Alexandra?” he said.

Taxpayers footed the bill for his official royal travel via the Sovereign Grant, as they do with the rest of the royals.

As the duke steps away from public duty, his official royal travel should be non-existent.

He continued to journey to countries in this role as he had previous commitments, carrying out five major tours promoting UK firms.

His most expensive flights were £92,237 for travel to China, Hong Kong and Malaysia for a UK Trade and Industry (UKTI) tour in October 2011.

During that year, Andrew also spent £81,000 on a private jet to Saudi Arabia, a further £18,709 on scheduled flights to Singapore and £14,196 on tickets to Qatar and Abu Dhabi in November.

In 2016, he reportedly spent £5,000 of taxpayers’ money flying in the royal helicopter to play golf at a club in Kent.

In 2004, two return trips to Scotland on an RAF jet for a golfing engagement at the Royal and Ancient Club in St Andrews cost taxpayers more than £10,800.

In 2009, the public paid £6,000 after he used a helicopter to fly 70 miles from his home to a bridge-opening ceremony in Sussex. A first class rail ticket would have cost £90.

The same year, the UKTI published figures that showed Andrew ran up hotel and transport bills in his role as trade envoy of more than £140,000 which were paid for by the government’s international business development organisation.

The total for Andrew’s travel was £38,480‬ – but the Buckingham Palace accounts only publish journeys costing £15,000 or more.

In total, the cost to the taxpayers in the last financial year for official travel for the Queen and the rest of the royal family was £4.6 million.

Mr McClure said: “In a sense there will be a saving to the public purse in so far as Andrew will not be taking public money for his travel expenses.”

But a continued cost to the taxpayers will be Andrew’s security bill.

The duke remains a senior member of the royal family, so will still have police protection officers.

But the amount the nation pays for guarding the royal family is never disclosed.

Mr McClure, however, said the figure for the royal family as a whole is likely to be in excess of £100 million a year.

“It’s totally reasonable to assume that it’s more than £100 million a year for royal security costs,” he said.

“I still do not see why the Government can’t give a ball-park figure… the figure would be embarrassing to be honest because it’s so big.”

Under the old Civil List arrangements, Andrew’s salary for his official duties in the early 1990s was £249,000 from the taxpayer.

But in 1992 following an outcry over the monarchy’s financial arrangements, it was decided the Queen would start to pay tax on her income and take over responsibility for meeting the working costs of most of her family.

Andrew also receives a Royal Navy pension, and it is likely he has his own portfolio of investments.

He is expected to retain his official residence at Buckingham Palace.

Andrew also has a private family home – Royal Lodge in Windsor Great Park – which used to be the Queen Mother’s residence.

He sold his Sunninghill Park mansion – a wedding present from the Queen – for £3 million more than its £12 million asking price in 2007 to the son-in-law of the president of Kazakhstan.

The duke also bought a chalet in the Swiss resort of Verbier for a reported £13 million in 2014 with his ex-wife, Sarah, Duchess of York.