“I don’t think profit is a dirty word, and the fact it’s become a dirty word in our society is a massive problem," Truss said. 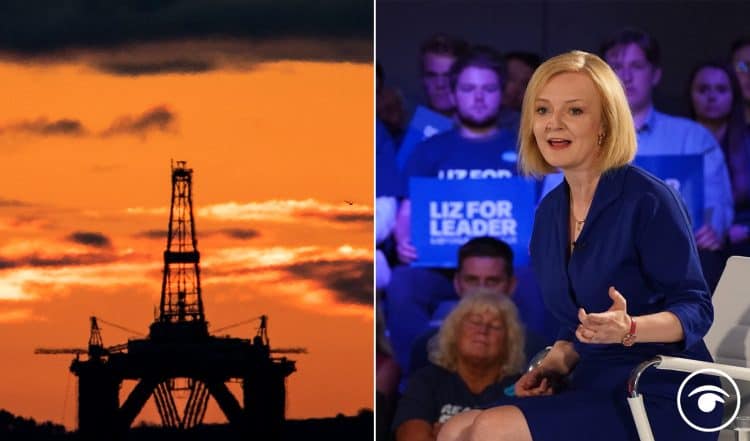 It is also the latest in a series of progressively worsening forecasts. The predictions are becoming more dire because the price of gas and electricity on wholesale markets keeps going up.

So as the nation is to be hit with even higher energy costs Liz Truss was outspoken in her problem with windfall taxes.

Truss said: “I absolutely don’t support a windfall tax (on the energy companies) because it’s a Labour idea and it’s all about bashing business. It sends the wrong message to international investors and the public.”

Truss told Tory members in Cheltenham: “I don’t think profit is a dirty word, and the fact it’s become a dirty word in our society is a massive problem.”

It comes as an oil and gas body has urged the candidates in the running to become prime minister to scrap the windfall tax on profits as soon as possible.

In open letters to both candidates, Offshore Energies UK claimed the sector would pay about £13.8 billion into the Treasury next year as a result of the windfall tax and corporation taxes.

But the body raised concerns about the potential impact the law could have on investor confidence in the industry, urging both Liz Truss and Rishi Sunak to scrap it “when possible” and not to extend it beyond the 2025 sunset clause.

In the letters, OEUK chief executive officer Deirdre Michie wrote: “While the Energy Profits Levy Act means the sector is now providing the UK Government with (about) £13.8 billion of the overall £15 billion package of support for consumers, we remain concerned at the negative impact on investor confidence and want to work with the new cabinet to ensure that this is mitigated where possible.”

Ms Michie also made six other requests of whoever wins the contest, including re-committing to the North Sea Transition Deal, ensuring regular “fiscal forums” are held in Aberdeen between the sector and the new prime minister and chancellor.

The letters added: “In the coming weeks, we will be engaging with both candidates and your respective campaign teams to ensure the sector’s voice is heard at this pivotal time for energy security and delivering on the UK’s net-zero commitments by 2050.”

The calls come as energy companies are reporting increases in profit, including BP announcing, last week, profits of £6.9 billion in just one quarter this year.