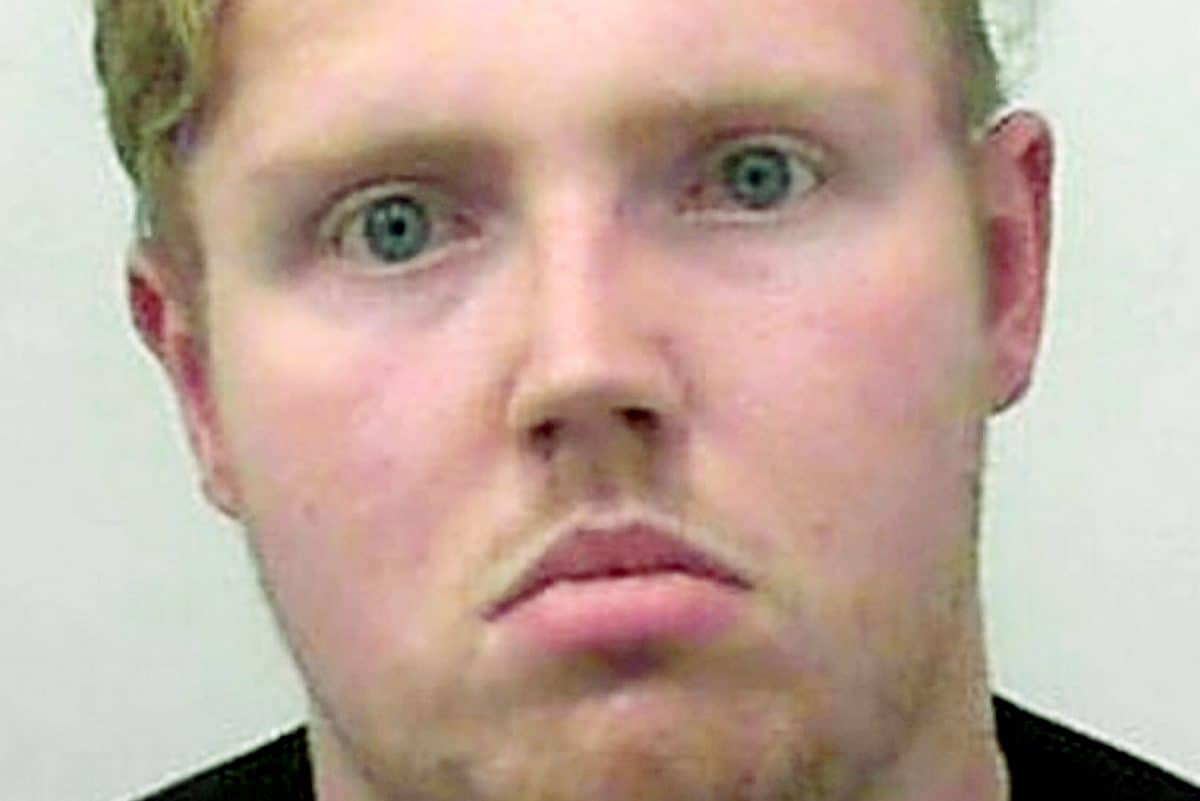 A 21-year-old man has been labelled a “persistent, predatory and exploitative paedophile” and jailed after attempting to meet a nine-year-old girl for sex in a hotel.

A court heard Scott Horsburgh was caught in a sting by an undercover policeman who posed as the girl’s father on an online chatroom for children.

Posing as a 15-year-old, with the user name Boy For All Horsburgh, told the undercover officer his sick abuse fantasies, adding: “I want her to call me big daddy or uncle”.

But when he arrived at a Somerset hotel, thinking he was about to have sex with the child, he was instead met by police and arrested.

Chloe Griggs, prosecuting, said he had started chatting to an undercover officer who was using a profile called Pre Teen Lover UK on April 9.

She said: “This defendant’s profile stated that he was 15 years old and his user information said ‘Girls and mums any age’.

“Mr Horsburgh initiates the contact and writes ‘Hey, do you f*** your daughter?'”

The undercover officer said his daughter was aged nine and Horsburgh told him “how he would like to sexually abuse” the girl, Ms Griggs said.

The conversation continued the next day.

Ms Griggs said: “The defendant writes ‘Can she wear short skirts or shorts for me? I want her to call me big daddy or uncle’.”

On April 17 the officer told Horsburgh that he was in room six of the Centurion Hotel Midsomer Norton with the imaginary girl.

“He writes, ‘When I’m outside your door I will let you know and she can open it’,” Ms Griggs said.

As Horsburgh approached the hotel reception, he was escorted away and arrested, she said.

The court heard he had no previous convictions. However, he had multiple police cautions for sexual offences committed since December 2012 – when he was aged just 15.

Horsburgh, from from Radstock, Somerset, admitted two charges at Bristol Crown Court on Wednesday, May 15.

These were arranging or facilitating the commission of a child sex offence and breaching a sexual harm prevention order, both of which were committed between April 9-17 2019.

Caighli Taylor, defending, told the court: “He has a complex background – abuse suffered at a young age, into the care system aged 16, cut off from his family at that point.

“Without going into detail it’s plain to see that it’s not been easy for him.”

Sentencing Horsburgh, His Honour Judge Horton told him: “You’re only now still 21 years of age and you have already shown overwhelmingly that you’re a persistent, predatory and exploitative paedophile who uses social media as a weapon against children.

He said the defendant had created a “false web of information and to gain access to websites which are created for children but which have become a magnet for paedophiles like you.”

Judge Horton said Horsburgh’s sexual interest in children stemmed from abuse he suffered as child but he had continued in to offend multiple times no matter what help had been offered to him.

He added: “There’s every single suggestion that you’re deeply engaged and determined as a paedophile who will have to be watched at all times.”

Horsburgh was given a total of four years and three months in jail for the two crimes, ordered to pay a £170 surcharge and placed on the Sex Offenders’ Register for life.