Experts from Brighton and Hove Auctions reckon the painting is an original, and is set to go under the hammer next month.

by Ben Cusack
in Arts, Must Reads 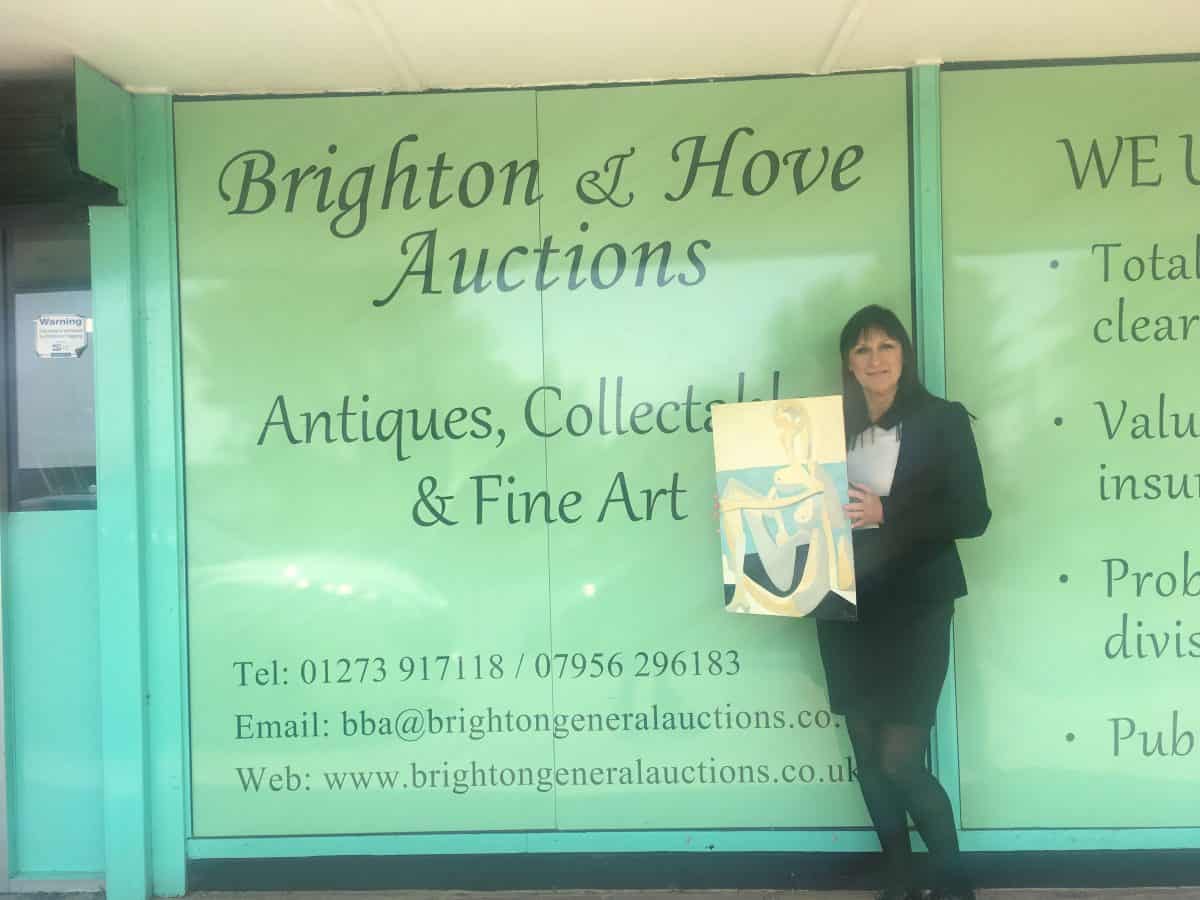 A lucky antiques collector could be in for a whopping £1 million payday after buying a painting at a car boot fair for £230 – that might be an original by PICASSO.

Dealer Philip Stapleton paid a couple of hundred pounds for the Seated Bather painting because he loved the picture, even though he thought it was a fake.

But after keeping it on his desk for six months, he took it to Brighton and Hove Auction House so the experts there could tell him if he shelled out too much.

The 52-year-old from Crawley in West Sussex has said he is “like a rabbit in headlights” after hearing the news that the artwork is likely genuine – and worth well over seven figures.

It’s believed the painting was a gift to Roland Penrose, an artist and collector and close friend of Pablo Picasso, who often visited his estate in Chiddingly, East Sussex.

Rosie May, general manager at Hove Auctions, who is set to put the piece up for auction next month, said she was in “disbelief” when she realised it could be the real deal.

She said she believes the painting is an earlier version of the Seated Bather and if authentic could be worth millions.

Speaking from the auction house in. Brighton Rosie said: “It is so exciting – one of our regular buyers came into the auction house with what he felt was a picture that had Picasso on it – he didn’t know that it was anything special.

“He gave it to Andrew the auctioneer and said you might find this interesting.

“I’d been out somewhere and Andrew said we’ve got a Picasso for you, joking, and I glanced it and just laughed as well.

“But because the signature on the front is one of his early signatures, it didn’t match with the painting of the Seated Bather.

“It sat by desk for a while and just intrigued me so I looked at it more, picked it up, turned it over and on the back you can see very faintly Roland Penrose Estate.

“Roland Penrose was a great friend of Picasso’s, Picasso visited there quite often.

“Further down is ‘collection P Picasso and just very faintly with a spyglass you can see it says Javier, and Javier Vilato was one of Picasso’s nephews that he was really close who also had a collection of Picassos, who also exhibited them.”

Rosie decided to take it out of the frame and couldn’t believe what she saw.

She said: “On the back you can see underneath is a message very clear Picasso’s signature but of the later style that he did.

“The signature is clearly Picasso but with a message – you could try to work out what it says, it could be in Spanish, it could be in English, it could be in French we’re not sure, but very definitely there’s the name Roland and a date, but the date’s quite indistinct – we’d love to know what the message says.

“The painting itself is on board as Picasso did, with his pallet but with deeper contrast and signed on the front and if you look very closely with a spy glass you can almost see another Picasso underneath as well.”

Rosie said there is “no way” that someone copying Picasso would go to the effort of including the messages.

She said: “Why if somebody was copying it, why would they put those messages inside to Roland?

“Also if they were copying, here the foot isn’t quite finished and also it’s set in the canvas slightly different to the original one – if someone was copying they would finish off the foot.

“So for us everything adds up. We did go over to Roland Penrose Estate and Anthony Penrose, his son, now runs the estate and he couldn’t find any record of it in the official catalogue but why would it be?

“It would explain the earlier signature that’s it’s just a study done around the time of the bathers, around 1915, 1920 but then he decided to turn it into perhaps a bigger picture in the 1930s.

“His friendship with Penrose was around the 1950s so we believe he probably gifted it to him and wrote the message on the back.

She said when they realised that the painting is likely a genuine Picasso she was “in disbelief”.

Rosie added: “Even now I still haven’t stopped researching it because to actually have a real Picasso you can’t stop, you’ve got to keep looking for more evidence.

“It’s just amazing to be able to touch a real Picasso, it’s crazy.”

If the painting turns out to be genuine, it will be sold for at least £750,000 – but paintings by the world famous artist have sold for in excess of £100 million.

Andrew Potter, the owner of the auction house, said if genuine the painting will fetch a “life-changing” amount of money.

He said: “That’s the exciting thing about what we do – you never know what you’re going to get through.

“So if this is the genuine article, it’s never been seen before and we’re talking life-changing sums of money for the owner.

“It’s an exciting time for us because we do this business to help people.”

The painting is set to go up for auction in June at the auction house.