Conditions give a ‘window’ into what UK cities could be like as transport shifts from petrol and diesel vehicles. 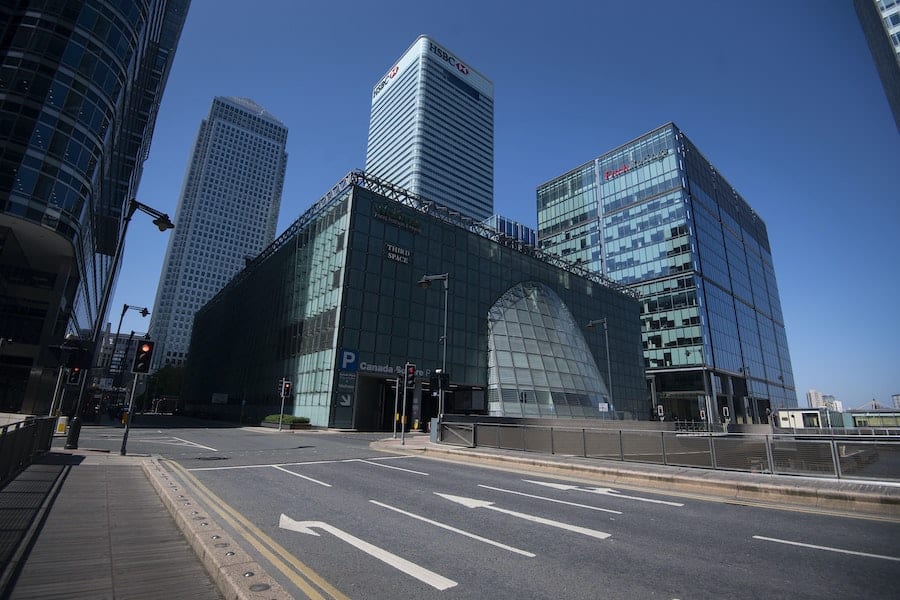 Air pollution levels have dropped by more than 40% in a number of UK cities as transport use has plummeted in the lockdown, data shows.

Preliminary analysis by experts at the University of York reveals levels of key pollutant nitrogen dioxide, which mostly comes from combustion engines in vehicles, have been significantly reduced in the past few weeks.

But there has not been the same impact on another form of toxic pollution, tiny particles known as PM2.5.

Experts say that is because the particles stay in the air longer, and are generated from more sources including agriculture and burning solid fuels which have continued during the lockdown.

Easterly winds have also been bringing pollution from Europe, where the same is true.

But the fall in nitrogen dioxide gives a potential glimpse into the cities of the future where most transport will not be from diesel or petrol vehicles, which the Government plans to phase out to tackle climate change and pollution.

The data shows that during the lockdown, levels of nitrogen dioxide are down by as much as 48% in Leeds compared with the five-year average for the time of year, while Newcastle and Cardiff have seen drops of around 45% and Glasgow has seen levels fall 44%.

Professor James Lee, of the National Centre for Atmospheric Science at the University of York, said the falls began before the official lockdown started, then decreased quite quickly before levelling out at the lower rate.

Looking at data from around 100 sites across the UK, mainly in cities, he said: “What we’ve seen since the lockdown is a reduction in nitrogen dioxide, which is mainly from vehicles, particularly diesel vehicles, quite uniformly in most places and certainly at sites near to roads.

“The amount of traffic has reduced, so we’ve seen this reduction.”

The number of times the legal limit of nitrogen dioxide, which harms health and contributes to early deaths, is being exceeded in cities such as London has reduced compared with the same period last year.

Prof Lee said: “It’s giving us a window into what the air in cities might be like in 10, 15, 20 years’ time, when the likelihood is the majority of our transport will not be fuelled by burning fossil fuels, it will be more electric.

“The other side of this is whether this outbreak will make a difference in the medium term, in terms of travelling less and working more from home, even when restrictions are lifted, and air quality being a driver of that.”

He said people will have noticed the air is cleaner, particularly in the centre of cities, but whether that will change behaviour is unknown.

The drop in pollution has also been credited with helping drive a new record for solar power in the UK this week.

“At a time when most of us are working remotely, we can say that solar is truly keeping the WiFi on.”