"The day after the UK decided we don't need Europe we get French firemen and Polish territorials to assist with Covid testing." 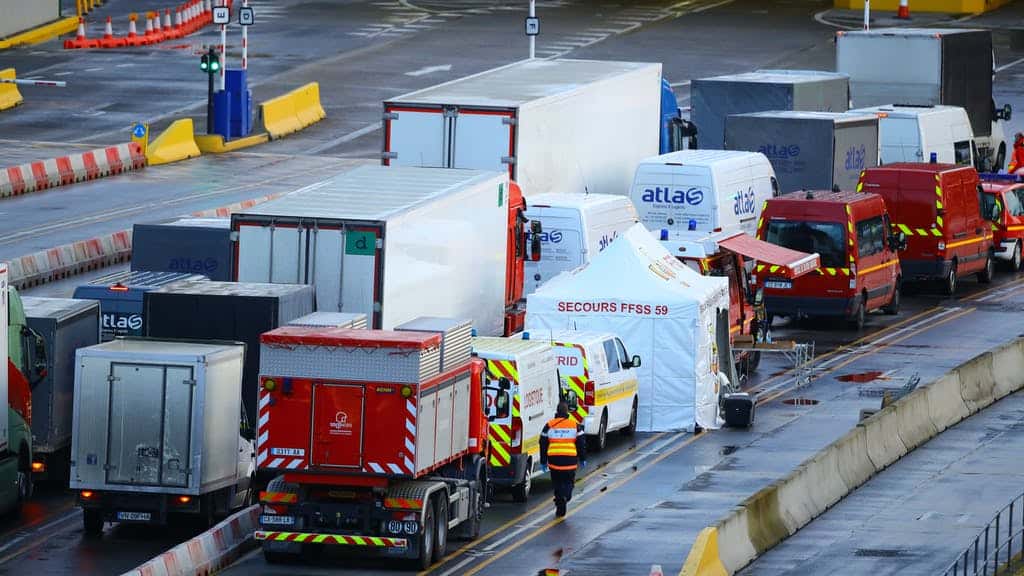 French firefighters and the Polish military’s Territorial Defence Force have been drafted in to help clear the backlog of lorries at the border in Kent.

In a show of international solidarity more than 10,000 coronavirus tests were carried out in a bid to clear the hauliers waiting to cross the English Channel on Christmas Day.

The Ministry of Defence (MoD) said about 4,500 trucks had crossed the channel as of Friday afternoon, but added that more vehicles continue to arrive “every hour”.

Drivers are required to show proof of a negative Covid-19 test before entering France, resulting in long queues.

Quite crazy that @BorisJohnson only announced his great new deal last night and less than 24 hours later the UK has Polish troops and French firemen providing humanitarian aid to thousands of people in Kent.

Traffic was moving smoothly through Dover on Friday, with French firefighters and the Polish military’s Territorial Defence Force drafted in to help with testing.

Poland has codenamed its operation “Zumbach”, after the Polish Second World War pilot Jan Zumbach, who fought for the allies in the Battle of Britain, the country’s UK embassy said.

Germany’s ambassador to the UK, Andreas Michaelis, said some German hauliers had managed to make it home for Christmas, while others remained in Kent.

He tweeted: “Some of the German lorry drivers we’ve been in touch with are on their way home or at home already. Others sadly remain stuck.

“I sincerely hope things will start moving for them soon. This is a difficult Christmas. Our thoughts are with them.”