The UK gave ground on fisheries, Boris Johnson has admitted. 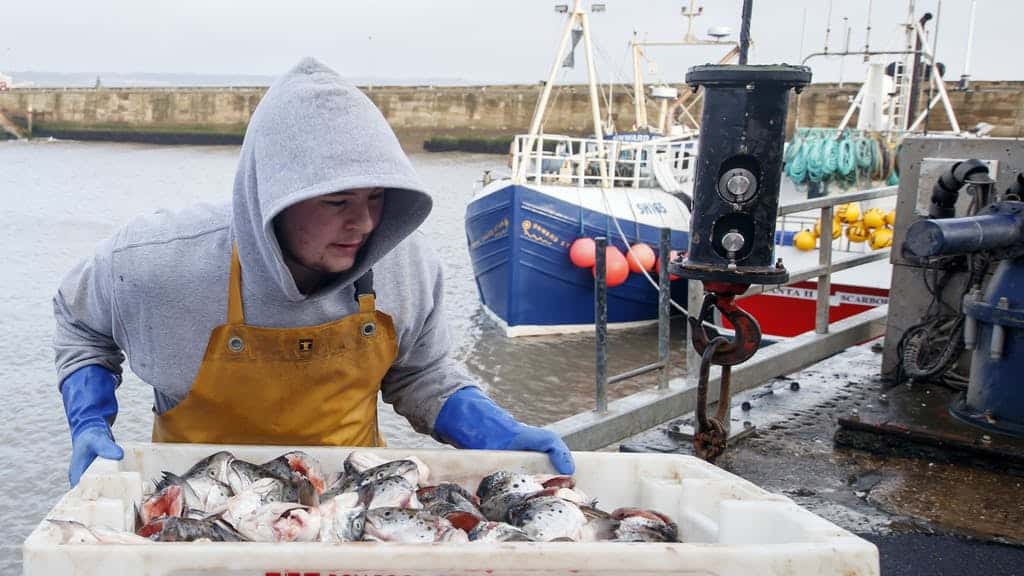 The UK and European Union have reached a historic agreement on post-Brexit trade.

It will come into effect on January 1 2021 after the transition period ends.

On Boxing Day, the draft version of the agreement was published, featuring details on what the future economic relationship will look like.

Here are some of the key points, and what has been said about them:

The UK gave ground on fisheries, Prime Minister Boris Johnson admitted, but he said that as a result of the deal the country will be “an independent coastal state with full control of our waters” and would see its share of UK fish rising “substantially”.

The deal asserts the “sovereign rights” of EU states and the UK “for the purpose of exploring, exploiting, conserving and managing the living resources in their waters”.

Both sides can apply for licences to fish in the other’s waters and will lay out quotas each year for the amount of different fish which can be caught.

If either side feels that the other is not complying with the rules they can “suspend, in whole or in part, access to its waters”.

The chief executive of the National Federation of Fishermen’s Organisations said Mr Johnson had “bottled it” over fishing rights.

Barrie Deas said after the document was published: “When push came to shove, despite the legal, moral and political strength of our case, fishing was sacrificed for other national objectives.

“Lacking legal, moral, or political negotiating leverage on fish, the EU made the whole trade deal contingent on a UK surrender on fisheries.”

The deal is worth £668 billion a year and will enable UK goods to be sold without tariffs or quotas in the EU market – allowing UK companies to do even more business with the continent, the Prime Minister said.

The European Commission said the two sides had created “an ambitious free trade area with no tariffs or quotas on products, regulatory and customs co-operation mechanisms”.

It said the deal has prevented restrictions such as 50 per cent tariffs on meat and dairy products with World Trade Organisation rates.

It was worth fighting for this deal.

We now have a fair & balanced agreement with the UK. It will protect our EU interests, ensure fair competition & provide predictability for our fishing communities.

Europe is now moving on. https://t.co/77jrNknlu3

Brussels said the agreement included binding enforcement and dispute settlement mechanisms which will “ensure that rights of businesses, consumers and individuals are respected”, though Mr Johnson suggested the EU had made concessions on this area.

Competition authorities on both sides “shall endeavour to co-operate and co-ordinate” and will be able to share information.

The UK said there are “unprecedented measures to allow UK solicitors, barristers and advocates to practise in the EU using their UK title”, as well as a “highly comprehensive deal in digital trade”.

The deal ends the EU State Aid regime and allows the UK to introduce its own “modern subsidy system so that we can better support businesses to grow and thrive”, the UK said.

Mr Johnson said that after January 1, British laws “will be made solely by the British Parliament interpreted by British judges sitting in UK courts and the jurisdiction of the European Court of Justice will come to an end”.

The agreement provides for “continued and sustainable air, road, rail and maritime connectivity”, the European Commission said, with provisions to ensure passenger rights and transport safety are not undermined.

The Prime Minister said he was “absolutely confident” the deal would protect police co-operation, the ability to catch criminals and to share intelligence across the European continent “in the way that we have done for many years”.

Mr Johnson said the Erasmus student exchange programme – which had seen participants able to study across Europe – would be replaced by a worldwide scheme named after Bletchley Park code breaker Alan Turing.

The agreement will enable UK citizens to access healthcare when travelling in the EU, with reciprocal cover for EU member states which are responsible for the healthcare of an individual, according to a UK Government summary.

The agreement provides for the uprating of the UK state pension paid to pensioners who retire to the EU, the Government said.

The UK will be able to continue participating in the Horizon Europe scientific research programme, as well as the Euratom Research and Training Programme and the space programme Copernicus.

A formal review of the arrangements can take place after four years. If either side does not believe the system is working fairly, they will be able to end the trade agreement – meaning the two sides would trade on WTO terms.

The published document says the review is to “ensure an appropriate balance between the commitments made” by both the UK and the EU.