They are protected by law, but conservationists warn that birds of prey can be the target of illegal persecution because of perceived threats to human activities such as the gamebird industry. 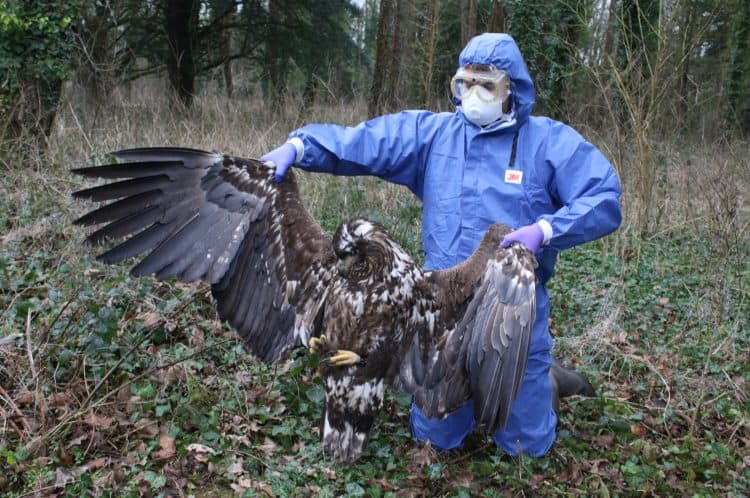 Two of the white-tailed eagles reintroduced on the Isle of Wight have been found dead, police have said.

Some 25 of the birds of prey, nicknamed “flying barn doors” because of their 8ft (2.4m) wingspan, have been released in the region since 2019, to bring back a long-lost species to the skies of southern England.

But police are now investigating the death of two birds which have been recovered in the south of England, including one in Dorset.

Both eagles are undergoing post-mortem and toxicological examinations to determine the cause of death, Dorset Police said, as they urged anyone with information about what happened to them to come forward.

“Sadly, two of the Sea Eagle England Isle of Wight reintroduced white-tailed eagles have recently been recovered dead on multi-agency operations in the south of England, including one in Dorset in late January,” the force said in a statement.

“These birds are extremely rare and we ask the public to be vigilant and to report any information they may have relating to the death of these birds to Dorset Police”, or to Crimestoppers, the force said.

Three other white-tailed eagles are currently present in Dorset, the police added.

White-tailed eagles were once widespread across southern Britain until the 18th century, when persecution led to them being wiped out in the region.

The species went extinct in the UK in the early 20th century due to illegal killing.

Reintroduction efforts have seen them return to Scotland and a five-year programme by Forestry England and the Roy Dennis Wildlife Foundation to bring the species back to England began in 2019.

The Isle of Wight was chosen as a location to reintroduce the birds, also known as sea eagles, as experts say it provides good habitat for the coast-loving creatures.

Since then the young birds have roamed widely in England, from Cornwall to the Norfolk coast, and as far as southern Scotland and even across the Channel to Europe.

They are protected by law, but conservationists warn that birds of prey can be the target of illegal persecution because of perceived threats to human activities such as the gamebird industry.

Reintroductions of white-tailed eagles have faced controversy amid concerns that they could prey on lambs, but experts have said there is no evidence of this being a problem where they live alongside lowland sheep farming in Europe.

A project to reintroduce the eagles on the Norfolk coast scheduled to start in 2022 was put on hold last autumn.

‘Heartbreaking decisions:’ Number of people who won’t turn heating on this winter is truly horrific