The smartly-dressed man also suggested he had a knife when he threatened the woman on a train from Gatwick Airport to Bedford. 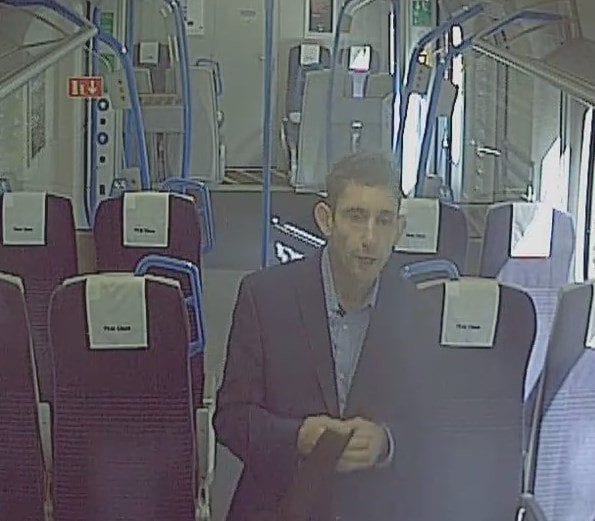 Detectives are hunting a man who claimed he had acid as he racially abused a woman on a train.

The smartly-dressed man also suggested he had a knife when he threatened the woman on a train from Gatwick Airport to Bedford.

British Transport Police released a CCTV still of a smartly dressed man they are looking for in connection with the incident.

A spokesman said: “At approximately 12.30pm on 21 September, a woman was on board a Thameslink service when she was verbally abused by a man.

“The man was threatening the woman with violence, saying that he had acid and intimated he had a knife.