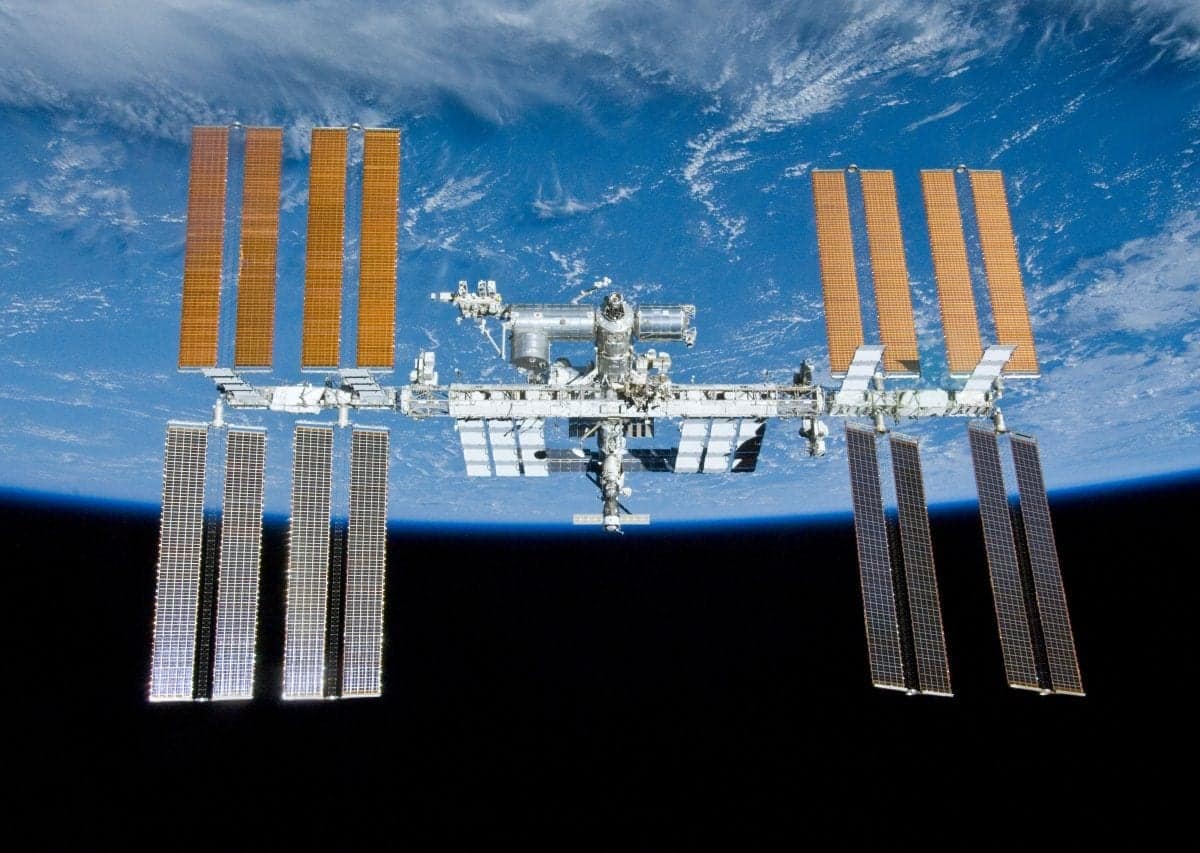 Astronauts living on the International Space Station could be at risk from superbugs, according to new research.

Strains of bacteria similar to those that cause infection outbreaks in hospitals have been found on the giant craft orbiting Earth.

Although these ones are harmless to humans they are resistant to antibiotics, the study found.

The discovery has potential health implications for future missions – including those to Mars or other planets and moons.

NASA scientists have analysed five types of Enterobacter microbes isolated from the toilet and exercise platform on the ISS.

It has been known for decades something happens to microbes that leave planet Earth.

They can grow faster and get better at causing disease – or slow down and become less harmful.

The biggest risk, experts say, is the behaviour is unpredictable.

Humans are teeming with microbes so when you send them into space there is little room for surprise.

Dr Venkateswaran, senior researcher at the Jet Propulsion Laboratory Biotechnology and Planetary Protection Group, said: “To show which species of the bacteria were present on the ISS, we used various methods to characterise their genomes in detail.

“We revealed genomes of the five ISS Enterobacter strains were genetically most similar to three strains newly found on Earth.

“These three strains belonged to one species of the bacteria, called Enterobacter bugandensis, which had been found to cause disease in newborns and a compromised patient, who were admitted to three different hospitals in east Africa, Washington state and Colorado.”

The ISS bugs had similar antimicrobial resistance patterns to this trio – including sharing 112 genes involved in virulence, disease and defence.

While the space station E. bugandensis strains were not pathogenic to humans, a computer analysis estimated a 79 per cent probability that they may potentially cause disease.

But analyses in living organisms should be carried out to confirm this.

The microbes were collected in March 2015 as part of a wider effort to characterise the bacterial communities that live on surfaces inside the space station.

Now they have been identified and analysed in detail for the first time by comparing them to all publicly available genomes of 1,291 Enterobacter strains on Earth.

The study published in BMC Microbiology also contrasted them to the three clinical strains recently found on Earth.

This allowed the team to demonstrate the ISS strains had characteristics typical of antimicrobial resistance.

They also had gene profiles similar to those found in known multi-drug resistant bacteria, and genes suggesting an ability to cause disease.

Explained first author Dr Nitin Singh: “Given the multi-drug resistance results for these ISS E. bugandensis genomes and the increased chance of pathogenicity we have identified, these species potentially pose important health considerations for future missions.

“However, it is important to understand the strains found on the ISS were not virulent, which means they are not an active threat to human health, but something to be monitored.”

Bacteria were some of the first life-forms sent into space.

In 1960, a Russian satellite brought E. coli, Aerobacter aerogenes, and Staphylococcus into orbit and concluded that those organisms could live in microgravity.

Over the next 50 years, NASA and other spaceflight programmes discovered that not only could bacteria survive, sometimes they thrived.

Added Dr Venkateswaran: “Whether or not an opportunistic pathogen like E. bugandensis causes disease and how much of a threat it is, depends on a variety of factors, including environmental ones.

“Further studies on living organisms are needed to discern the impact that conditions on the ISS, such as microgravity, other space, and spacecraft-related factors, may have on pathogenicity and virulence.”

The International Space Station is the biggest object ever flown in space.

It travels around the Earth at an average speed of 27,700 km/h, completing 16 orbits per day.

At night it can easily be seen from Earth, as it flies 320 kilometres above us.