The vehicle, which contained food and medical supplies, was stolen from outside an International Aid Trust store. 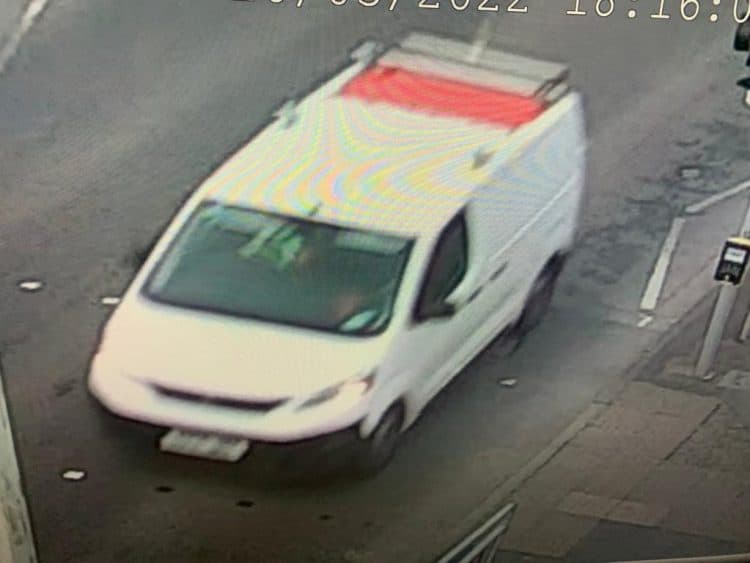 CCTV grab of the white van used by the van thieves. Credit;SWNS

Police are hunting Britain’s most heartless thieves who stole a charity van full of equipment – destined for refugees fleeing Ukraine.

The vehicle, which contained food and medical supplies, was stolen from outside an International Aid Trust store in Chorley, Lancs., on Sunday night.

It also held tinned food, bandages, plasters and sanitary products, which had been donated by kind-hearted Brits to help those fleeing the war.

Rev Bernard Cocker, CEO and founder of the charity, branded the thieves as ‘very selfish’ and said they were ‘taking advantage of the situation in Ukraine’.

He fears the thieves cloned the electronic key to gain entry to the vehicle, as all of the van’s keys were locked away inside the building.

Rev Cocker added: “The response from hundreds and hundreds of people has been phenomenal.

“We have had lots of positive and loving support.

“We’ve been doing this 30 years, we began in Ukraine, and it’s never been easy.

“We have had literally hundreds and hundreds of people helping all over the county.

“Last week we had between 50 and 80 volunteers at a warehouse sorting, packing and loading trucks.

“And then you get two individuals that steal one of our vehicles, that’s what really hurts.”

The van was mainly filled with second hand furniture from the charity’s shop which was ready to be delivered to customers to raise money to support Ukrainian refugees.

Dean Higham, the furniture store manager, said the thieves had stolen around £1,000 worth of furniture, which will have to be refunded.

He said: “I think it’s been stolen to order. They were away in a quick time and it doesn’t look like they did any damage to get into the van.

“Presumably they don’t want the contents, so they will probably just dump them.

“It’s a massive blow. Not only have we lost all the things inside the van, but we’ve lost the van as well which has had a huge effect on our work here.

“It’s frustrating and it’s costly. There was a full tank of fuel in the vehicle ready for going out on deliveries on Monday.

“The furniture in there was worth around £1,000 – all money that had been paid which will now have to be refunded.

“We are a charity, for goodness sake. We are reliant on donations of furniture that we can sell to raise money.

“And the other things were in there had been picked up from our drop-off points and were due to be taken to our main base to go on trailers to be driven abroad.

“We have sent out 11 trailers so far and we are working hard to send even more. This has really set us back.”