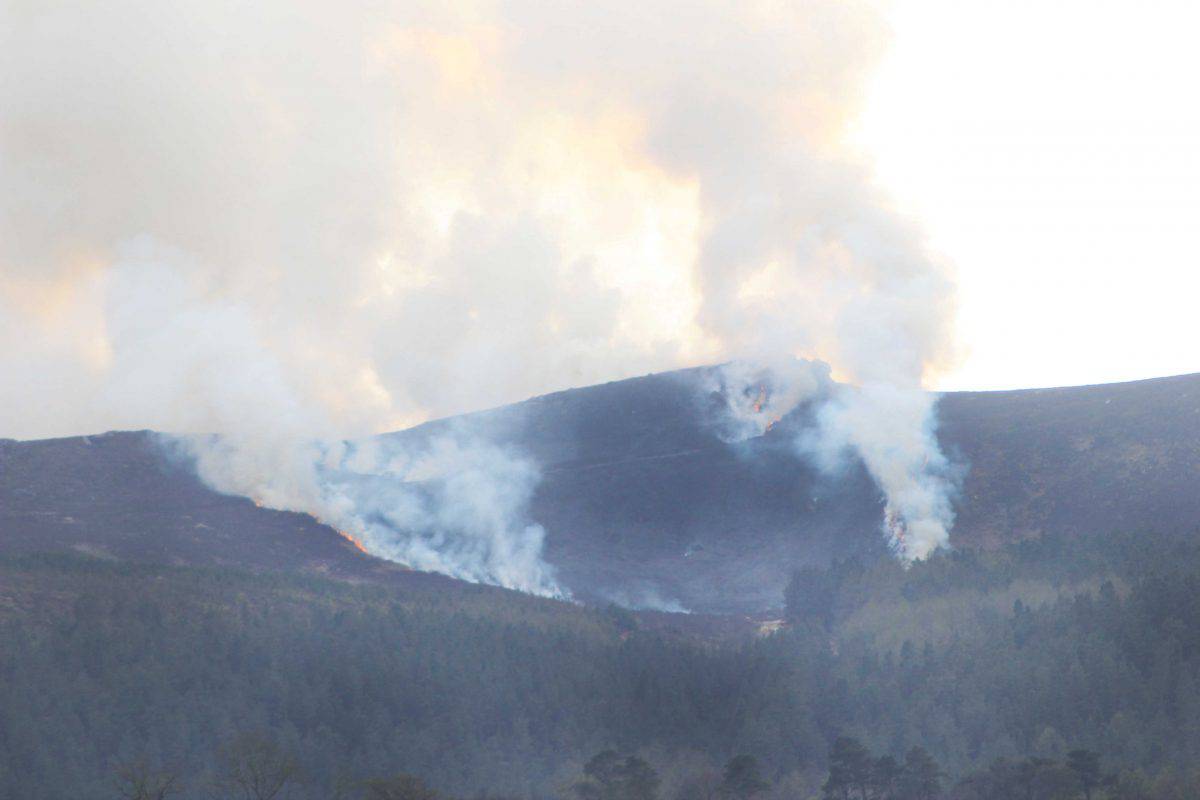 Police are hunting arsonists after a huge fire destroyed acres of famous hillside in the Northumberland National Park.

More than 40 firefighters spent almost six hours tackling the blaze which broke out on the Simonside Hills on Monday (13/4) afternoon.

The flames engulfed more than 100 hectares of the conservation area, famous for its red grouse, red squirrels and wild goats.

Residents in the picturesque village of Rothbury were told to stay in their homes and shut their windows after the fire broke out at around 3pm.

Dramatic video shows smoke billowing more than 300ft into the air as fire crews battled to reach the blaze near Joes Wood, which lies beneath a range of iconic crags.

Local resident Barry Lock, 41, said: “I live on the hill opposite the Simonside Hills and was just looking out the window when I saw the fire at about 3pm.

“It spread really quickly and my wife and I were worried the forest below would take hold.

“Luckily, because of the lockdown, not many people venture up there but any other Bank Holiday the place would’ve been teeming with walkers.

“The fire crews did an awesome job and managed to contain it to a large patch of heather but you could see the smoke for miles.

“My parents in law live ten miles away in Alnwick and could see the smoke from their house, they rang us to ask if we were OK.”

The cause of the blaze is still being investigated but Northumbria Police are treating it as a possible arson attack.

A Northumberland Fire and Rescue Service spokesperson said: “Our crews now have the fire well under control.

“We had scaled back our operation from eight to four fire engines, plus fire fogging unit, ably supported by around 20 firefighters.

“The remaining crews dampened down and extinguished hot spots at the scene, but everything is thankfully under control.

“All crews have now been stood down for the night with follow-up visits to take place on Tuesday.

“It has been great work from our firefighters who got on top of this really quickly covering over 100 hectares of tough terrain.”