Police could be seen leading two people away outside the court building as supporters shouted “fascists." 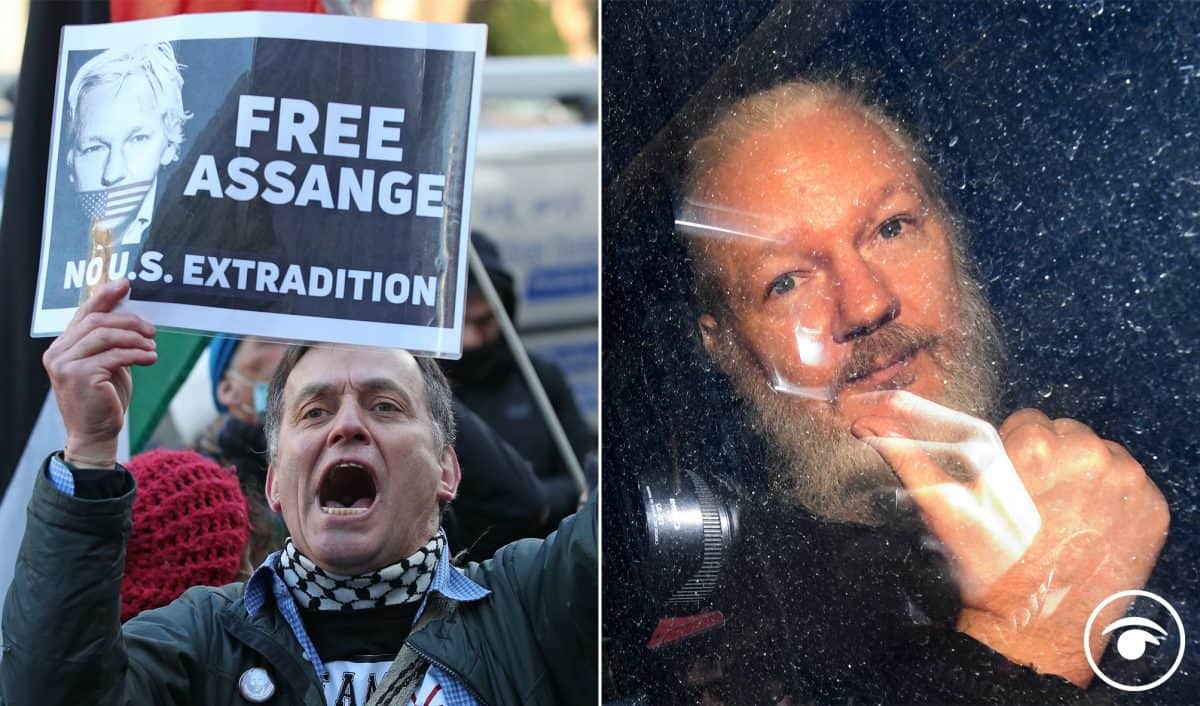 Seven people were detained for breaching Covid-19 regulations as they gathered in London for Julian Assange’s latest court hearing, the Metropolitan Police said.

Supporters of the WikiLeaks founder stood outside Westminster Magistrates’ Court on Wednesday morning as the 49-year-old unsuccessfully applied for bail.

Police could be seen leading two people away outside the court building as supporters shouted “fascists”, shortly after Judge Vanessa Baraitser refused to release Assange over fears he would abscond.

The Met said in a statement: “Following a small gathering outside Westminster Magistrates’ Court today, seven people were detained for breaching coronavirus regulations.

“They were later reported for consideration of a fixed penalty notice and ordered to leave the area.”

Police were present throughout most of the morning to ensure the growing number of press and public adhered to coronavirus social distancing guidelines.

Supporters could be heard shouting “free Assange”, with some holding placards also calling for his release from Belmarsh prison.

Assange had applied for bail on strict conditions so he could be reunited with his partner Stella Moris and their two young sons.

It follows Judge Baraitser’s decision on Monday that he should not be extradited to the US on mental health grounds due to the risk of suicide.

Assange will have to remain at Belmarsh while the US government appeals against the extradition ruling.

Speaking outside court about the decision to deny bail, Ms Moris said: “This is a huge disappointment. Julian should not be in Belmarsh prison in the first place.

“I urge the (US) Department of Justice to drop the charges and the president of the United States to pardon Julian.”

Judge Baraitser reached her decision after hearing arguments from Assange’s legal team for conditional bail amounting to an effective “house arrest”, which was opposed by the US government.

Announcing her decision, Judge Baraitser said: “As a matter of fairness, the US must be allowed to challenge my decision, and if Mr Assange absconds during this process they will lose the opportunity to do so.

“Mr Assange still has a huge support network available to him should he again choose to go to ground.”

Related: Julian Assange cannot be extradited to the US, British judge rules