Many of the guests fled as officers arrived - with the organiser facing a £10,000 fine. 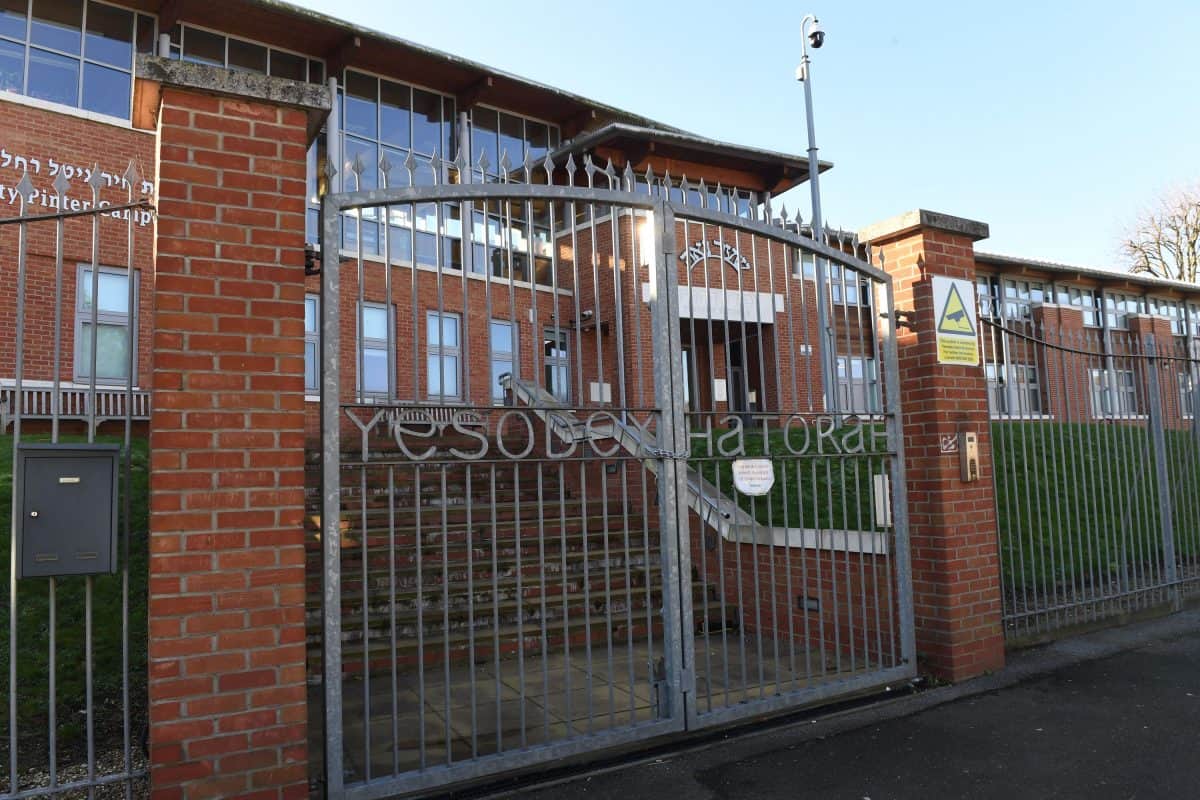 A wedding attended by around 400 people at a north London school has been broken up by police, with the organiser now facing a £10,000 fine.

The windows of the state-funded Yesodey Hatorah Senior Girls’ School in Egerton Road, Stamford Hill, had been covered to stop people seeing in when officers arrived on Thursday night.

Around 400 people had gathered inside the building for a wedding in breach of Covid-19 regulations, the Metropolitan Police said.

Many of the guests fled as officers arrived at the Orthodox Jewish school but the force said the organiser will be reported for consideration of a £10,000 fine, while five others were handed £200 fixed-penalty notices.

Detective Chief Superintendent Marcus Barnett said: “This was a completely unacceptable breach of the law, which is very clearly in place to save lives and protect the NHS.

“An NHS that is under considerable pressure at a time when Covid-19 has killed nearly 100,000 people. This is a deadly and very dangerous disease. We can all see that and we must act responsibly.

“People across the country are making sacrifices by cancelling or postponing weddings and other celebrations and there is no excuse for this type of behaviour.

“My officers are working tirelessly with the community and we will not hesitate to take enforcement action if that is required to keep people safe.”

The school has previously been criticised for removing references to homosexuality and women socialising with men from a GCSE textbook.

Under current lockdown rules, weddings and civil partnerships can only take place with up to six people.

Government guidance states they should only go ahead in exceptional circumstances, such as where one partner is seriously ill.

Elsewhere, the Met said the owner of a makeshift nail salon operating from a garden outbuilding in Croydon, south London, is facing a £1,000 fine, while two women found having treatments there on Monday could get £200 fixed-penalty notices.

Police have given seven people who had gathered to watch television and eat together at a home in Romford, east London, last Sunday with penalties.

The latest examples of people flouting Covid-19 regulations come as police forces and the Government move to crack down further on illegal gatherings.

Home Secretary Priti Patel announced at Thursday’s Downing Street press conference that fines of £800 will be handed to people caught at house parties of more than 15 people, doubling after each offence up to a maximum of £6,400 for repeat offenders.

She said: “The science is clear: such irresponsible behaviour poses a significant threat to public health.

“Not only to those in attendance but to our wonderful police officers who attend these events to shut them down. As this latest measure demonstrates, we will not stand by while a small number of individuals put others at risk.”