A terrorist map is doing the rounds on social media claiming that the reason Poland hasn’t suffered terrorist attacks is because of its strict anti-Muslim immigration policy – but it’s completely inaccurate. The map was released amid claims by Polish minister, Ryszard Czarnecki that the only way to protect Poland from terrorist attacks is by not […] 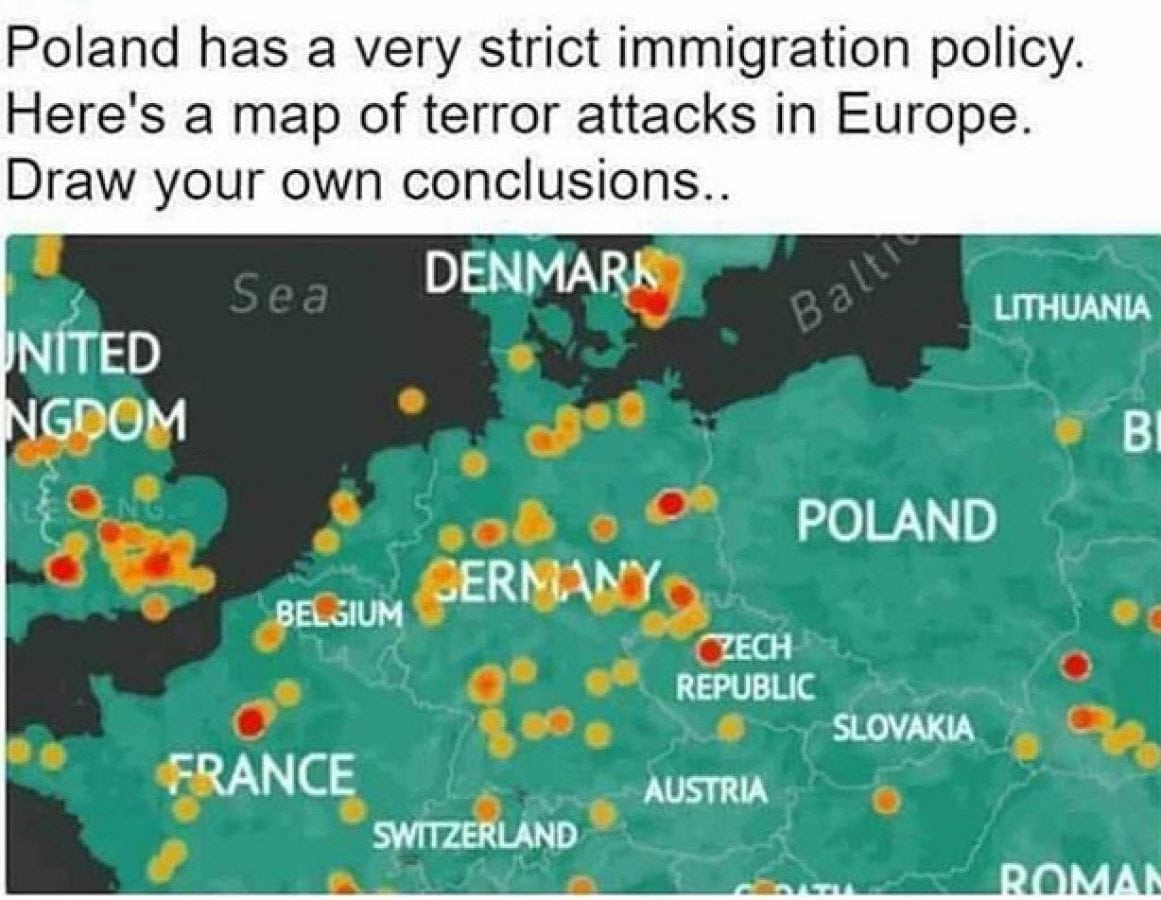 A terrorist map is doing the rounds on social media claiming that the reason Poland hasn’t suffered terrorist attacks is because of its strict anti-Muslim immigration policy – but it’s completely inaccurate.

The map was released amid claims by Polish minister, Ryszard Czarnecki that the only way to protect Poland from terrorist attacks is by not allowing Muslim migrants into the country.

His words reflected a tough stance on Muslim immigration been peddled by Polish Prime Minister Beata Szydło in the wake of fresh terror attacks on UK shores.

But Poland is no stranger to extremism in its country.

Far right groups are becoming increasingly prevalent domestically and overseas, where millions of Polish immigrants have made their homes in cities and towns across Europe.

What’s more, most of the propaganda being spread on social media is completely inaccurate.

This map seems to show that Islamic terrorist incidents have occurred in their droves across Europe in places with no reported terrorism activity.

Bristol in the UK is heavily cited as enduring severe terrorist attacks, as is Wisbech in Cambridgeshire and Canterbury in Kent.

There is even one terrorist incident reported in the North Sea.

It also omits the fact that Poland has scarcely been involved in the conflict in the Middle East, which has been cited as a primary motivation behind attacks in countries which were involved.

From 2002 until 2014, Polish military forces were only part of the Coalition Forces that participated in the ISAF mission in Afghanistan led by NATO. 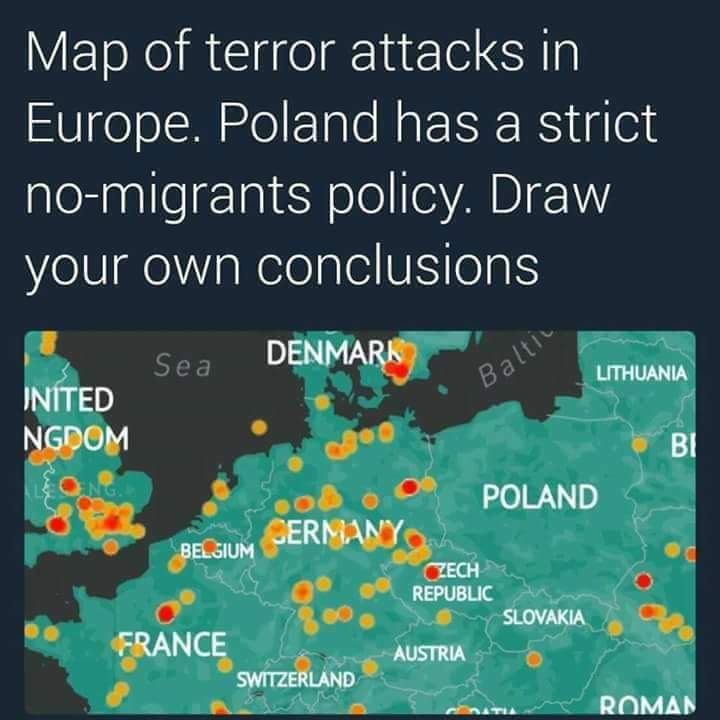 Here is an official list of terror attacks in the UK since the Millennium according to Wikipedia:

This map, first published in the Washington Post, details 45 years of terrorist attacks up to 2015. 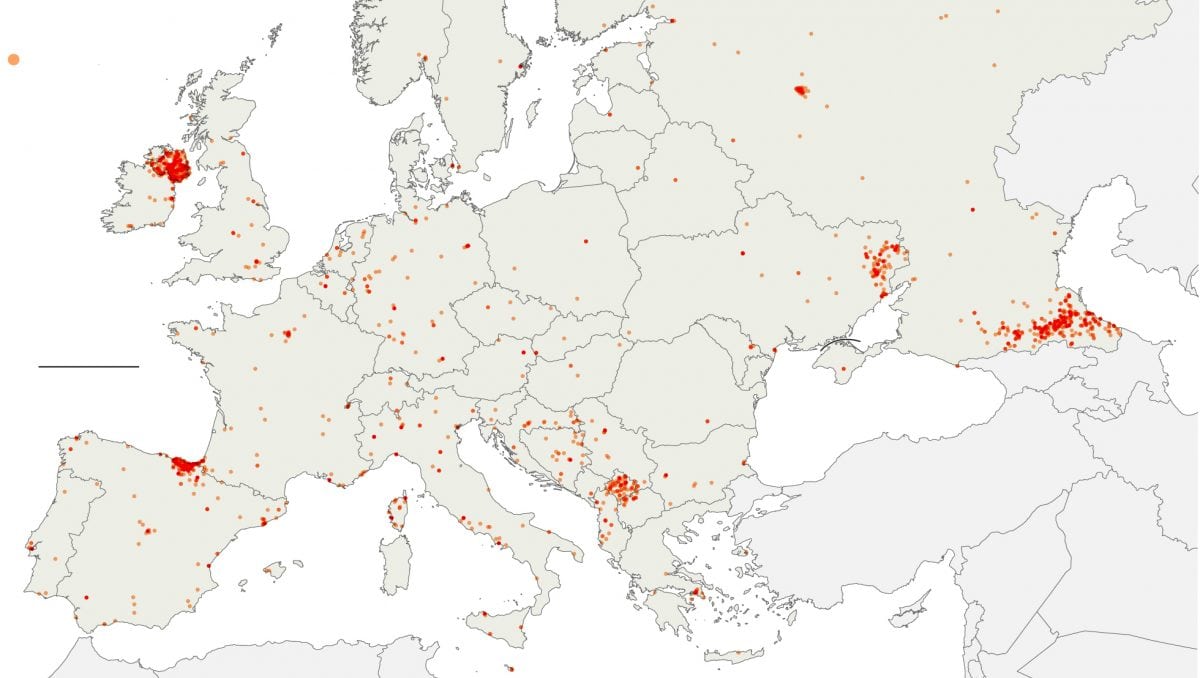