By Stephen Mayne Political campaigns are about expressing the ideas, and the way in which a person/party plans to govern, aiming to buy trust in the process. They’re also about winning. The two are closely linked but come with a fair degree of tension, as 1972 political satire The Candidate so ably demonstrates. If you’re wondering […] 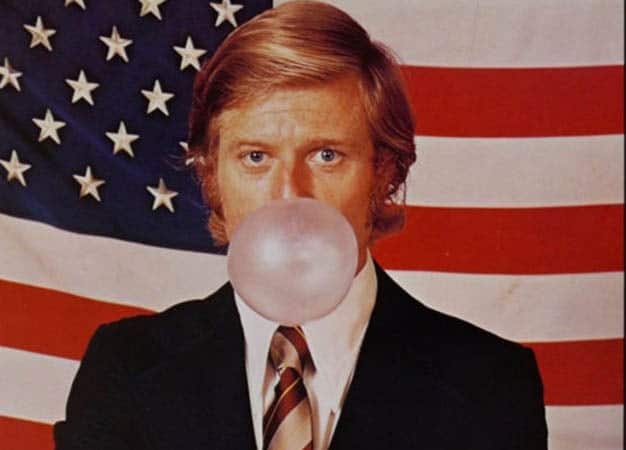 Political campaigns are about expressing the ideas, and the way in which a person/party plans to govern, aiming to buy trust in the process. They’re also about winning. The two are closely linked but come with a fair degree of tension, as 1972 political satire The Candidate so ably demonstrates.

If you’re wondering what a four-and-a-half-decade old American film that sees Robert Redford’s political ingenue running for senate in California has to do with the UK election, the answer is quite a lot. It’s an attack on the cynicism and caution that can grip campaigns, and the situation the winner is left in afterwards. Although the angle is different, it’s also depressingly in line with the way the governing Conservative Party, led by Theresa May, has set about ensuring governing remains its business.

The Candidate is worth watching in the run-up to the vote on Thursday because it shows how a campaign can succumb to the ranks of advisors, pollsters and stylists constantly trying to tame and finesse a message. It’s about cutting out debate and zeroing in on tightly constricted targets. Redford plays Bill McKay, the son of a former Governor who despises his father’s slick machine politics, instead choosing the life of an activist lawyer. He’s talked into running for Senate against a seemingly unstoppable opponent on the basis the Democrats need someone. Because defeat is inevitable, he will have the freedom to deliver whatever message he sees fit.

Which is all well and good until defeat turns from inevitable to potentially crushing. Then the style changes. The message narrows, turning to increasingly shapeless platitudes. The more he says the less he says. There are moments of rebellion along the way, but it’s too late. McKay is lost to the idea of winning, and it leaves him with absolutely no clue what to do once the election is over.

Now May is no idealistic newcomer in the McKay fashion. She’s a politician of many years standing and understands the job from the inside. Yet the Conservative’s interminably dull repetition of the phrase “strong and stable”, a list of uncosted ideas that are quickly abandoned when anyone complains, and a breathtakingly cynical strategy aimed solely at vilifying May’s rival rather than setting out a coherent plan is going to leave the likely victors in a very difficult place when they actually have to lead rather than campaign. Especially given the perverse decision to whip up a nationalistic Brexit fervor that will win votes and lose the negotiation to come.

The most famous moment in The Candidate comes at the end as McKay stares blankly at the jubilant scenes all around, left asking in confusion “what do we do now?” It’s a message likely to be all too pertinent for a politician and a party stumbling through the most important period of British history for decades with no obvious plan beyond ensuring they get to be the ones steering the ship full steam towards the iceberg.