'As I listened to #PMQs I thought, “Bet this is yet another of Johnson’s porkies” and so it proves to be.,' wrote one person. 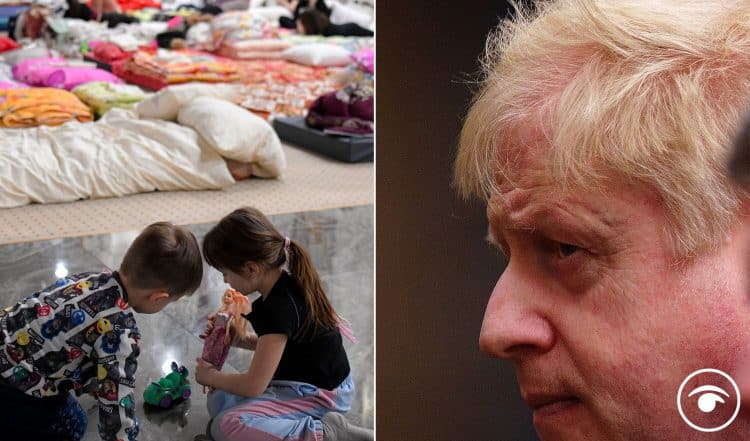 The Disasters Emergency Committee (DEC), a group of 15 charities, began the effort on Thursday, with one member executive describing the situation as one of the most “heartbreaking” he had ever seen.

It comes as the PM claimed in yesterday’s PMQs that the UK has taken more refugees since 2015 than any other country in Europe.

And attitudes shown by certain Tory MPs this week show that the party is hardly pro-refugee.

Above the post, he wrote: “Boris Johnson just defended his petty & mean spirited response to the Ukrainian refugee crisis by telling MP’s UK has taken more refugees since 2015 than any other country in Europe NOT TRUE! Germany took in more in a single year in 2019 than the UK did in 6 years from 2015 to 2020!”