PM confirms she will vote to stop no-deal Brexit during this evening’s vote. Still nursing a sore throat at PMQs she came up agaisnt some harsh words from the Labour Leader. Corbyn said: “The prime minister has been stubbornly declaring that the only choice is between her deal and no deal. “Last night’s vote finished […] 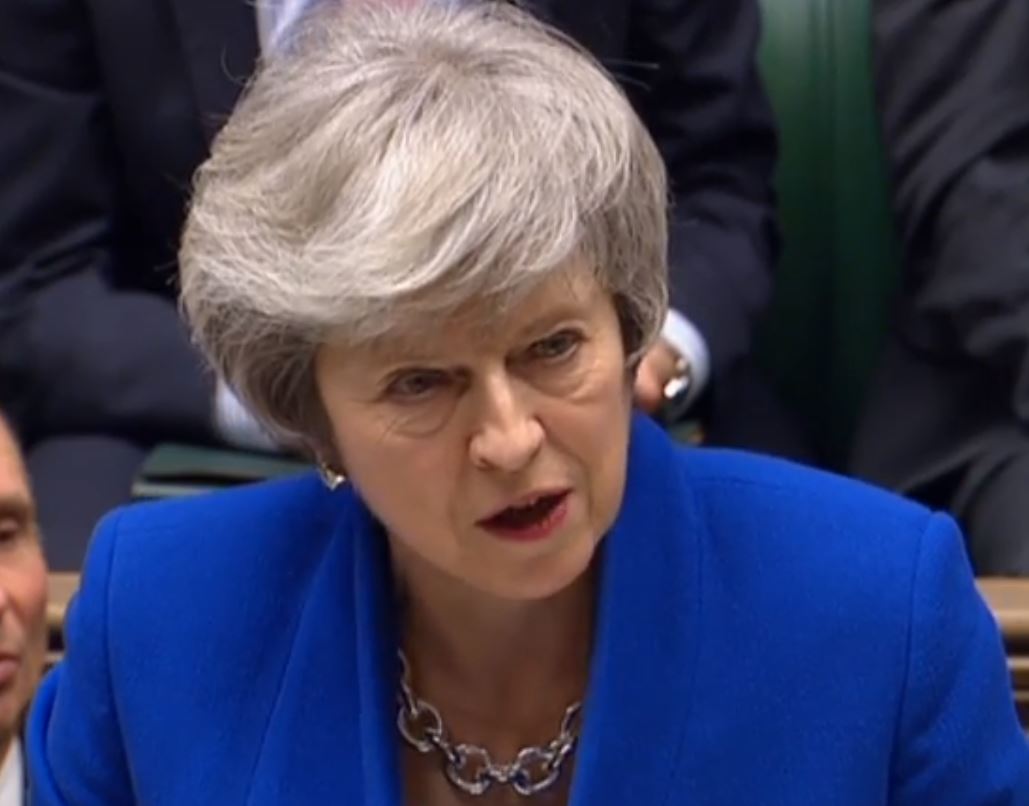 PM confirms she will vote to stop no-deal Brexit during this evening’s vote.

Still nursing a sore throat at PMQs she came up agaisnt some harsh words from the Labour Leader. Corbyn said: “The prime minister has been stubbornly declaring that the only choice is between her deal and no deal.

“Last night’s vote finished off her deal. Tonight she’s not even showing the leadership to whip on no deal.”

May has given her MPs a free vote over a no-deal Brexit, that will take place this evening.

When asked how she intends to vote May responded with: “I will be voting for the motion standing in my name.”

Corbyn continued: “The prime minister doesn’t seem to understand. Her deal has been flatly rejected twice by this house by unprecedented majorities.”

The Labour leader said that his party’s Brexit plan was  “the credible show in town, available and ready to be negotiated.”

“Isn’t it time she moved on from her red lines and faced the reality of the situation that she has got herself, her government and this country into.”

However the PM fired back, telling Corbyn that: “The deal that he’s proposing has been rejected several times by this house.” she then quipped: “I may not have my own voice, but I do understand the voice of the country.”

At the end the spring statement the chancellor, urged MPs to build a “consensus” around Brexit. He said: Last night’s events mean we are not where I hoped we would be today.

“Our economy is fundamentally robust. But the uncertainty that I hoped we would lift last night, still hangs over us. We cannot allow that to continue.

“Tonight, we have a choice: we can remove the threat of an imminent no-deal exit hanging over our economy.

“Tomorrow, we will have the opportunity to start to map out a way forward towards building a consensus across this house for a deal we can, collectively support, to exit the EU in an orderly way.”