"If a pub landlord wanted to knock down a mosque and replace it with a beer garden they'd be uproar but yet it's ok if it's the other way round?" 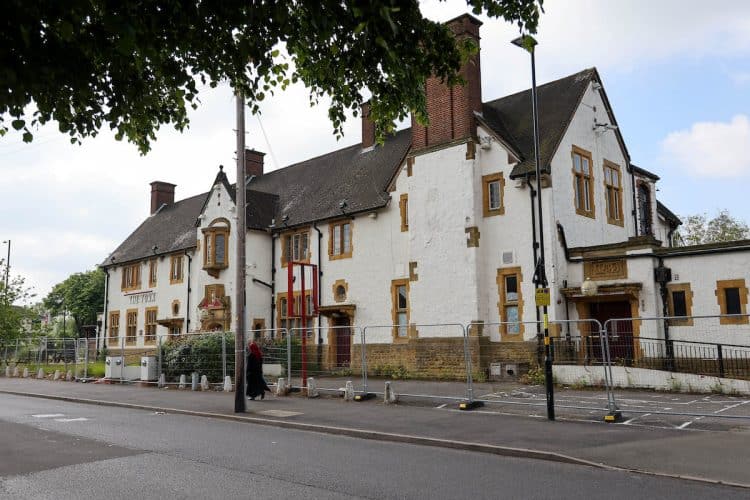 Plans to turn a historic Peaky Blinders-style pub into a mosque have been met with outrage.

The York Road Tavern was once a thriving community hub in Hall Green, Birmingham, which opened before World War Two.

Although the pub has been closed for three years, former regulars have eagerly awaited the day the doors would swing open to customers once again.

But it was discovered the ArRahma Muslim Foundation had bought the building and applied for planning permission to convert it into a mosque with classrooms.

Some living nearby claim it is an “utter contradiction” for Muslims, who are teetotal, to worship there.

Others have expressed alarm that the mosque – which is in a heavily populated residential area – will hold prayers as early as 4.30am.

Shop worker Gemma Dixon, 24, said: “I think it’s madness really. Muslims aren’t allowed to drink yet they want to go to a pub to pray.

“It’s an utter contradiction to everything they stand for.

“If a pub landlord wanted to knock down a mosque and replace it with a beer garden they’d be uproar but yet it’s ok if it’s the other way round?

“That doesn’t seem right to me. The pub used to put on great reggae nights and discos and I think with the right landlord they could have made it a real success but that’ll never happen now.”

Neighbours are also concerned about the levels of noise coming from the mosque – after it emerged prayer times would start as early as 4.30am.

One resident said: “I am a tolerant person and I’m not against anyone worshipping but I was really hoping the York would reopen as a pub.

“Before it closed in 2019 it had served beer before World War Two. To us it was like the real Peaky Blinders pub. It had lots of history.

“I’m also worried about the potential for noise. The planning application states that prayers can start at 4.30am.

“That means cars and talking outside. I know pubs can be loud places but at least most people go home at around 11pm.”

Mum-of-one Chelsea Du Cros, 27, who lives yards away from the proposed mosque, said: “I’ve lived near a mosque before and it was a traffic nightmare.

“They park everywhere for services and the traffic around here is already bad.

“There’s a nursery and children’s centre up the road and I just worry that a mosque will make it even more dangerous for kids when they cross the road.”

Former pub goer Bob Fellows, 60, said: “I feel unhappy about it, simply because I miss the pub as it was.

“They also closed the dog track down a few years ago for housing so there’s not much for people to do locally around here anymore.

“There’s no local pub now. I’m not against it being a mosque but I do feel for the people who live right opposite.

“I wonder about the traffic, especially for Friday Prayers when it will be very busy. I just feel it’s in the wrong place.”

The pub attempted to increase its income by transforming into a hotel and bar but the business struggled to turn a profit and it closed for good in May 2019.

In the planning application, representatives for the ArRahma Foundation said: “There will be some harm to the historical significance of the asset as a historical Public House.”

But they go onto say the development “will ensure that the building remains in a community use for future generations”.

A spokesperson said: “The site is being converted from a Public House to place of worship with ancillary out of school setting education and community facilities.

“I can confirm we have purchased the site from the previous owners who had approval for conversion of the site from a pub to a 30 room hotel.

“We are not keen to publish the purchase price.”

Birmingham City Council planners are expected to rule on the mosque plan later this month.