"I’m not homophobic. I’m not sexist, I believe in fairness and equality for all. I’ve campaigned against racial injustice on television and in print for many years." 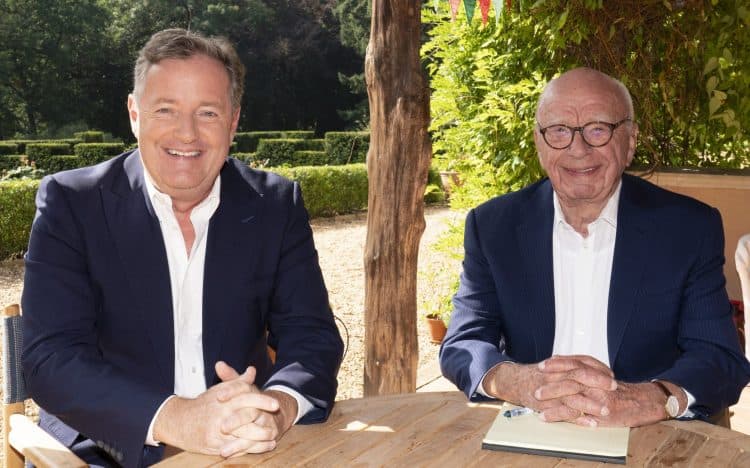 Piers Morgan says he should be seen as the “darling of the left” in an interview with Australia’s Stellar magazine.

The former Good Morning Britain host, who is set for a return to the big time on Rupert Murdoch’s new network talkTV, said he hasn’t gained traction among left wingers because they have become “so extreme” and now see him as “their enemy”.

He insisted he is “not a right winger” or conservative, putting his political beliefs “slightly left-of-centry”.

Piers previously admitted to voting for Boris Johnson and the Conservative Party in the 2019 election because he was “incensed by the failure to honour the result” of the EU referendum.

However, he has been a vocal critic of the prime minister in recent times, particularly over his handling of the Covid pandemic.

He continued: “My sensibilities are sort of old-fashioned liberal in the sense [that I believe] in freedom of speech and democracy. I’m not homophobic. I’m not sexist, I believe in fairness and equality for all. I’ve campaigned against racial injustice on television and in print for many years.

“I should be the darling of the left. But I’m not. I’m their enemy because the left have become so extreme they’ve become the very fascists who they profess to hate most.”

Explaining that he “never thinks his views are controversial”, Piers added: “I genuinely don’t think I come at anything from a position where people could say, ‘Well, that’s outrageous.’ And if they do think it is, well, tell me what it is I’ve said that’s outrageous – because I bet you’ve struggled.”

Later this month, Piers will launch his new global TV show on talkTV, Piers Morgan Uncensored, which he says aims to “cancel the Cancel Culture which has infected societies around the world”.